Could touching gas pumps be the cause of spreading COVID-19? The Verify Team finds that false.

The CDC, Mayo Clinic & local Cone Health experts all agree COVID is spread by being in close proximity to an infected person & breathing in their air or droplets. 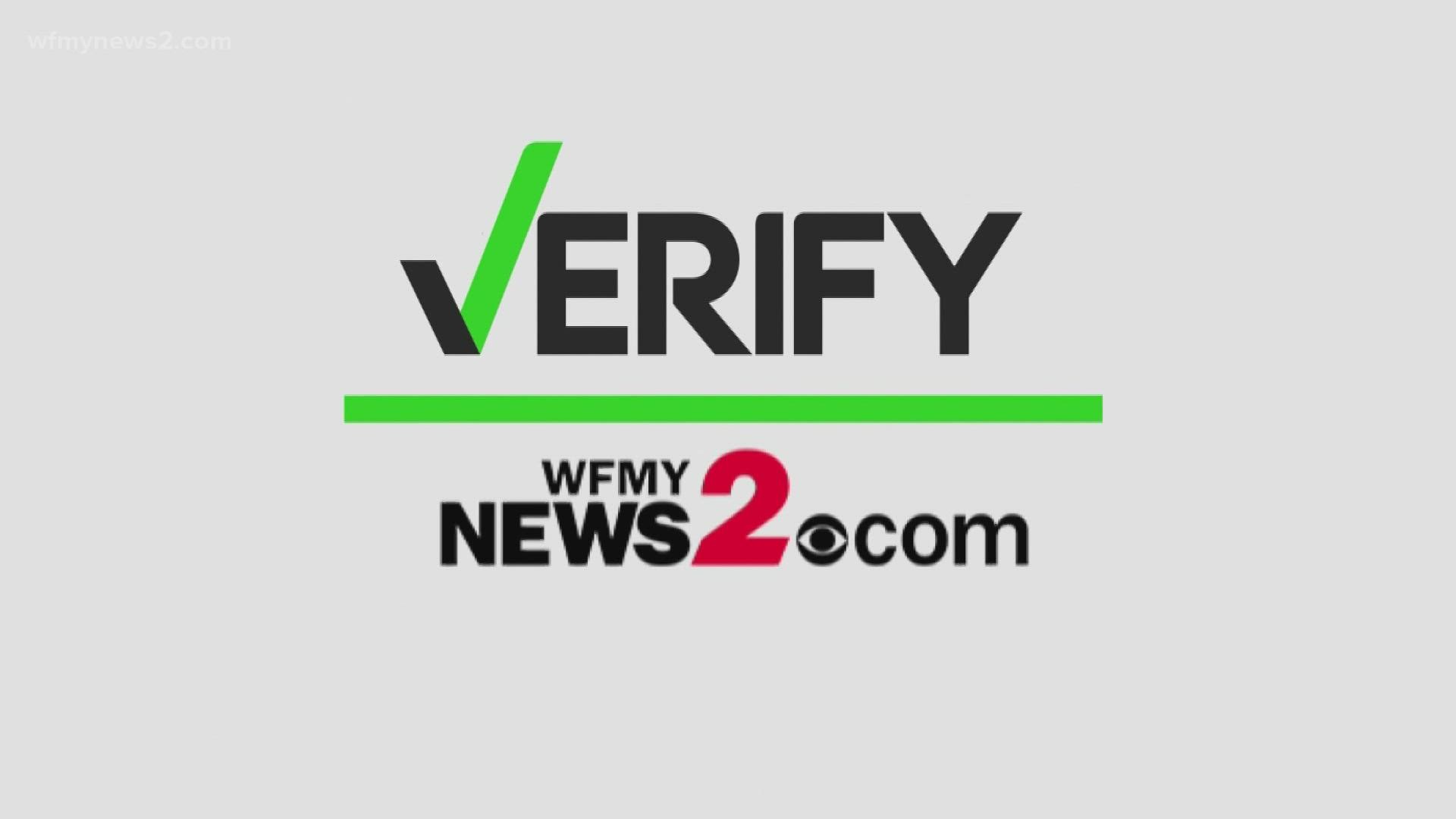 GREENSBORO, N.C. — Have you seen the Facebook post that claims the delta variant is spreading rapidly due to people passing it to one another by touching gas pumps? One of the posts even claimed that "the hospital" was asking for this warning to be sent around.  A question dealing with the post came into the text line during the 2WTK Q&A with Cone Health's COVID-19 Lead Physician Dr. Bent McQuaid.

"That's not any information I've heard and I'm on every meeting and email about COVID at Cone Health, so that's not something we're passing along, but certainly when you go to a gas station or any other event with other people around, it's a good idea to practice social distancing and wash your hands like any other circumstances," said McQuaid.

Is the delta variant spreading rapidly at gas pumps?

No, there is no evidence to suggest the delta variant is spreading rapidly at gas pumps.

A similar text message first popped up when the COVID-19 pandemic began. In a March 2020 Facebook post shared nearly 300,000 times, the hospital making the claim is never identified, and it also says the warning was issued “this morning.” The only thing that has changed in this version of the claim is the addition of the delta variant.

According to the CDC, COVID-19 has primarily spread person to person and not on surfaces. That’s not to say it can’t happen, it’s just far less likely.

“COVID-19 spreads when an infected person breathes out droplets and very small particles that contain the virus. These droplets and particles can be breathed in by other people or land on their eyes, noses, or mouth,” the CDC said on its website. “In some circumstances, they may contaminate surfaces they touch. People who are closer than 6 feet from the infected person are most likely to get infected.”

Dr. Susan Hassig, an associate professor of epidemiology at the Tulane University School of Public Health and Tropical Medicine in Louisiana, tells VERIFY there are no identified changes in terms of the route of transmission for the delta variant in comparison to previous strains of the virus.

"It's still predominantly an airborne respiratory virus with some small component of touch transferred to your face or mouth, eyes, nose that are involved, but the fact that it's airborne kind of overwhelms all other forms of transmission," said Hassig.

She says delta variant transmission is not being driven by contact with gas pumps but by people breathing in the particles that have been released by other people.

"The solution to any kind of concern about picking up something from a hard surface is to simply sanitize your hands when you're done," said Hassig.

The American Petroleum Institute (API) also encourages gas station customers to use hand sanitizer after refueling. In a fact sheet, they said “we are not aware of any studies that support the claim that the virus can be spread via contact with a gas pump.”

“The chance of COVID-19 exposure at the gas pump is low, especially if Centers for Disease Control (CDC) recommended practices are followed. These include using disinfecting wipes before touching a pump followed by hand sanitizer, hand-washing and not touching your face after pumping fuel,” said the API.

As for the suggestion to wear gloves at the gas station, the World Health Organization (WHO) says on the COVID-19 mythbusters section of its website: “It is safer to frequently clean your hands and not wear gloves.”

“Wearing gloves risks transferring germs from one surface to another and contaminating your hands when removing them,” according to WHO. “Wearing gloves does not replace cleaning hands.”

"Because if you don't know how to take off gloves properly, you can wind up getting yourself in more trouble," said Hassig. "If that really were a concern, you're far better off just using hand sanitizer once you get into your own space again."

Meanwhile, according to the California Department of Public Health, "there are no specific cleaning procedures for the delta variant that are any different than what is recommended by the CDC for COVID in general."

"While studies suggest that delta has a higher viral load in nasal passages than other COVID-19 strains, this affects more person-to-person transmission than fomite transmission. However, evidence could change as we learn more about Delta and its transmissibility," the California Department of Health told VERIFY. "Currently, there is no evidence to suggest different cleaning or disinfecting strategies should be used than previously recommended."

While a preprint study from July documents the delta variant is more infectious than the original virus that causes COVID-19, it makes no mention of delta’s primary modes of transmission being any different than those of any other variant of the virus. The study points to delta causing viral loads in the lungs to be about 1,000 times greater than the viral loads caused by the initial virus.

In fact, a Mayo Clinic article says research indicates the delta variant spreads easily in indoor sports settings and within households. It does not mention anything about the outdoor spread or spread from surfaces like gas pumps.

Health experts don’t recommend people do anything different to mitigate delta’s spread than they’ve recommended since the pandemic began. A WHO Q&A says people should wash their hands but doesn’t mention anything about avoiding certain surfaces. This is on top of recommendations to wear masks, social distance, and get vaccinated.