The incident was reported just after 1 p.m. at Glenwood Towers at 509 Glenwood Ave., according to officials. 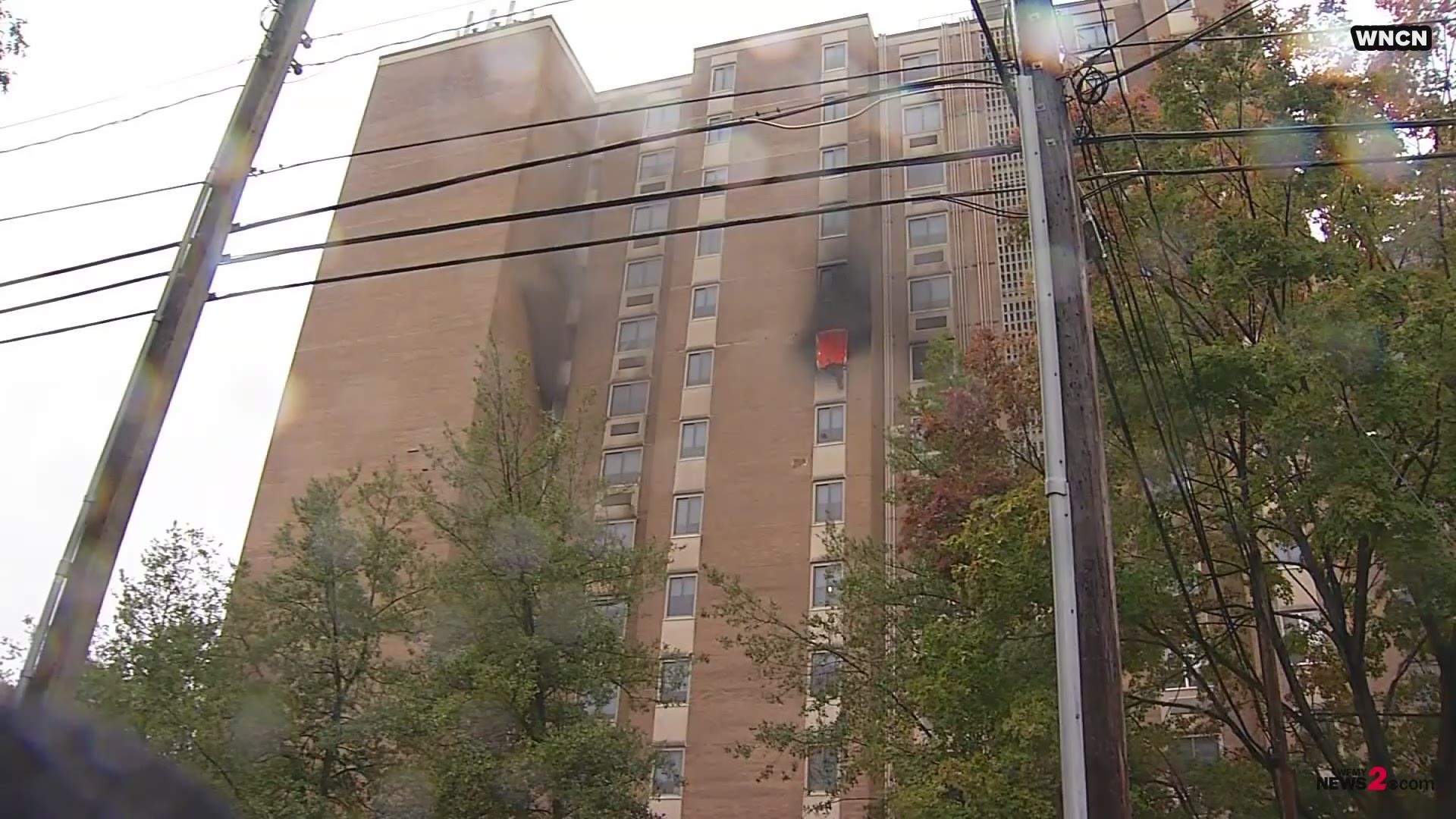 RALEIGH, N.C. (WNCN) - Six people were taken to the hospital and much of a building was evacuated Friday afternoon during a blaze at a high-rise apartment building in Raleigh.

The incident was reported just after 1 p.m. at the 14-story Glenwood Towers at 509 Glenwood Ave., according to officials.

A seventh person was said to be feeling unwell, but didn't want to be taken to the hospital.

Flames were seen coming out one of the windows of the tower. The fire was under control by 2:20 p.m., officials said.

The fire broke out on the ninth floor of the building and everyone on the eighth floor and below was told to evacuate, fire officials said.

Six people were taken to a nearby hospital for injuries, according to fire crews.

Another 100 need to be evaluated, according to EMS officials.

Kim Nether, who lives on the 10th floor, said she heard a loud noise before she saw flames.

“I heard a 'boom,' like glass is exploding and then I saw fire, flames coming through my window. There was smoke coming through my floors, my windows and my vents in the front and then back. I couldn’t even see so I hurried up and ran out,” Nether said.

“I get a phone call from my brother in Durham and he said 'what are you doing?' I said 'm listening to this fire alarm go off.' He said, "that’s not a fire alarm, your building is on fire!' So immediately, needless to say, I got out."

The building is a Raleigh Housing Authority public housing apartment complex for elderly residents on a fixed income.

A total of 17 fire units dispatched and reported people running out of the building when they arrived.

Glenwood Avenue is closed in the area and Johnston Street is being used as a staging area for fire crews.

The Red Cross said the organization is on standby in case it is needed to provide assistance to residents who have been evacuated.