The 146-year-old HBCU announced it raised $8.2 million, soaring past its goal to help stay accredited. 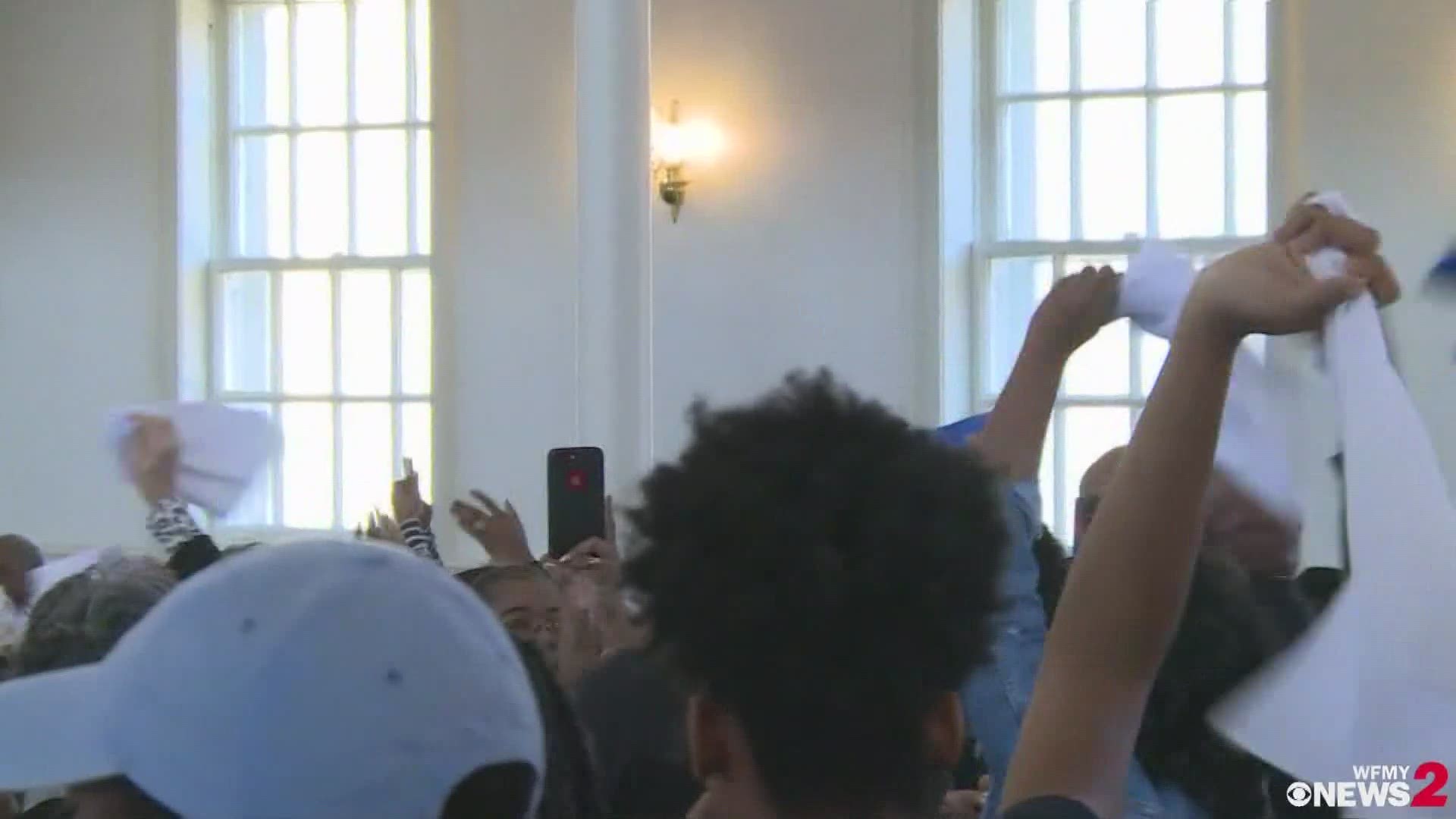 GREENSBORO, N.C. — After a tumultuous month of fighting to keep its accreditation, Bennett College announced it met its goal of raising $5 million by February 1 on Monday.

The 146-year-old HBCU announced it raised $8.2 million, soaring past its goal to help stay accredited through the Southern Association of Colleges and Schools Commission on Colleges and prompting a celebration at Annie Merner Pfeiffer Chapel on the school's campus.

The all-women's school launched its #StandWithBennett campaign in December.

Quebin said he helped raise $357,500 in total from weekend fundraising.

"What matters most is people gave and gave from their heart," Quebin said. "Thank you for struggling with us and staying with us."

Bennett officials spoke at length during the 90-minute service, thanking the approximately 11,000 donors.