Beer is a $2 billion dollar industry in North Carolina 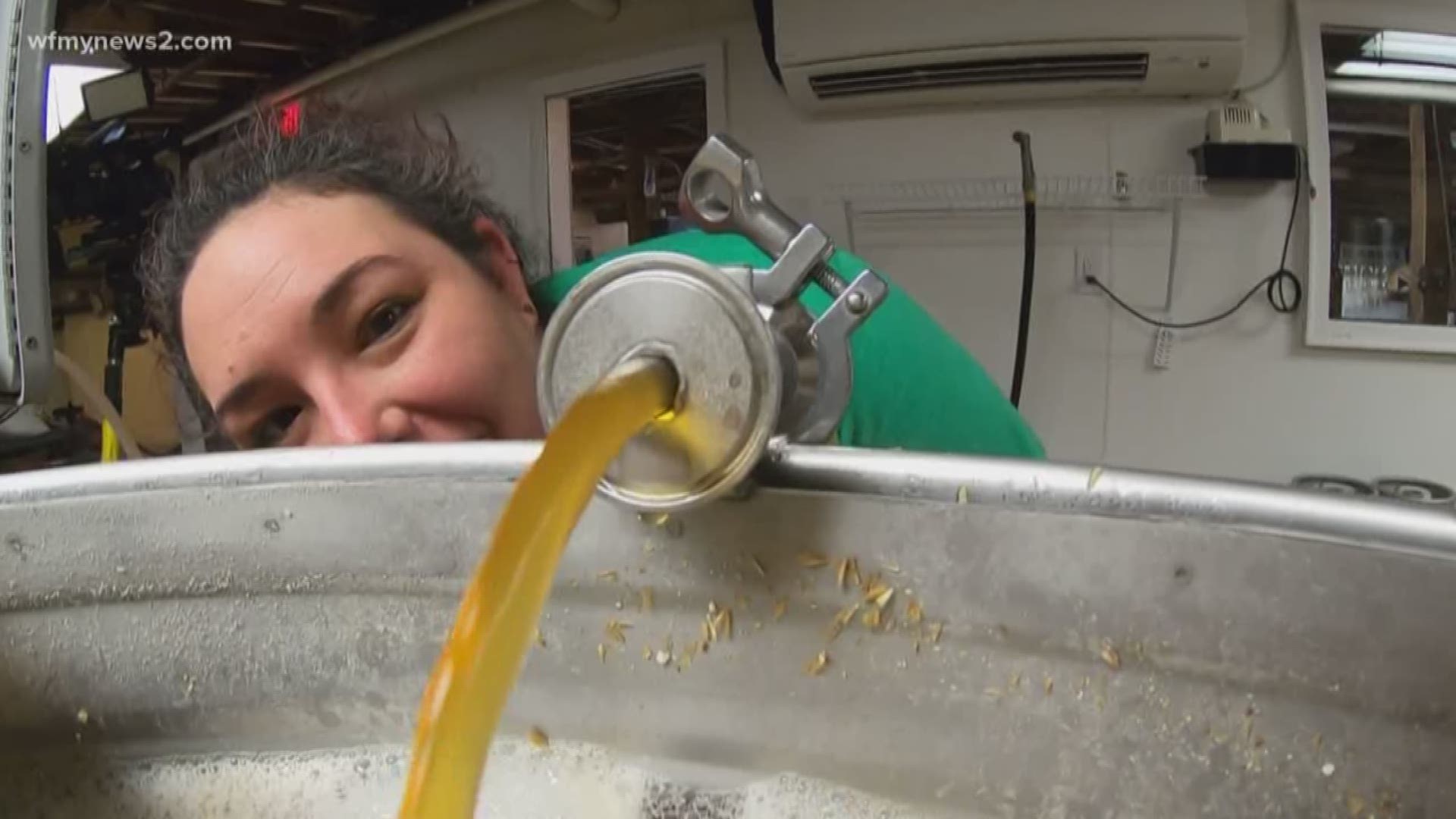 GREENSBORO, N.C. — From brown ales, to lagers, to IPAs, you'll find a variety of beers on tap at your favorite bar. But what you might not always see are the brewers who make them.

Extra care is given from quality ingredients to the proper temperature to get the recipes just right.

"With brewing, you're not only utilizing the passion that you really love but at the same time, you're able to put that in a glass and give it to someone and see their eyes light up and say wow, this is really good," said Gotz.

Gotz is somewhat of a rarity.

"A lot of guys didn't think I was going to last very long in the brewing profession."

She's been a professional brewer for 5 years. In that time, she's been the only female beer maker at the three breweries where she's worked.

But that wasn't always the case, according to UNC Greensboro (UNCG) associate professor Erin Lawrimore..

"In the United States and in North Carolina in particular, we know that women were at home making beer," said Lawrimore.

Lawrimore is part of the Well Crafted project at UNCG. Researchers are documenting the history of beer and researching the $2 billion dollar industry in North Carolina. During her research, she discovered beer making was women's work before brewing was industrialized.

"They were doing it with whatever ingredients they could find. You couldn't get hops from Oregon in the 1800's to make a hoppy beer," said Lawrimore.

She found proof in old cookbooks like the Carolina Housewife written in 1851. The beer recipes from centuries ago included ingredients you probably wouldn't associate with beer today such as molasses, ginger, pineapple and even spruce.

"A lot of them were sweet or corn based. They didn't use traditional ingredients but they used what they could find."

Gotz has her own version of documenting ingredients with a tattoo of hops and barley on her arm. The ink has special significance.

"I decided to get a brewing tattoo as soon as I outlasted all the guys who were brewing at the brewery."

She doesn't consider herself a pioneer. She just wants to focus on making small, carefully brewed batches but she does want to stir up the landscape.

"I think we have a ways to go before we can convince the rest of the beer drinking nation that women are capable of being just as good if not better than men," said Gotz.

It's unclear the exact number of women involved in the brewery business but the Pink Boots Society, a non-profit organization that supports women working in the brewing profession, has over 2,500 members in the United States.