One case involved a duck being discovered in a bathroom with its feet cut off, according to Carolina Waterfowl Rescue officials. 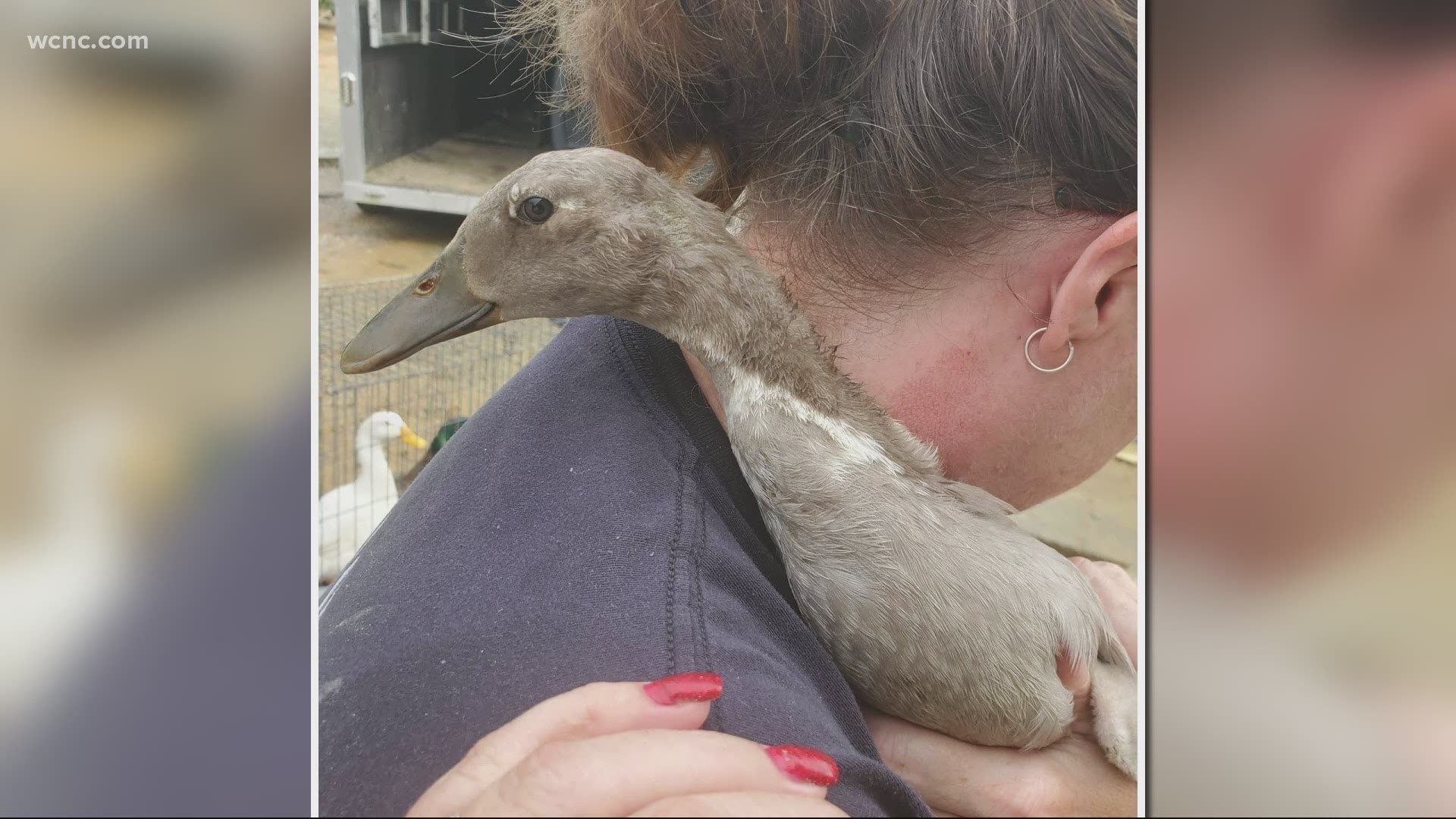 STATESVILLE, N.C. — More than 40 domestic ducks and geese have been removed from Martin Luther King Jr. Park in Statesville after four cases of "extreme cruelty" to animals.

Jennifer Gordon, executive director of Carolina Waterfowl Rescue, confirmed that total with WCNC Charlotte on Friday just hours after volunteers and agency members left the scene with the animals.

Gordon said there was a pattern of abuse to animals in the park and she appreciated Statesville officials for approving the plan to remove the waterfowl.

"It has been a pleasure working with the City of Statesville," she said.

Concern from the community helped spearhead the plan, Gordon added.

The cases of animal cruelty ranged from ducks being used for target practice, one duck being beaten over the head but one of the latest cases was a duck found in the bathroom of the park with its feet cut off.

Gordon said she learned of the latest case from a good Samaritan, and that's when she encouraged the person to contact the city due to Carolina Waterfowl Rescue not being able to have any type of enforcement.

"That to me was so disturbing, to hear someone would do that to an animal," Gordon said. "I realized the remaining animals there were not safe."

She said the wild animals would normally fly away if approached by people, but her biggest concern was for the domestic ducks and geese at the park.

The executive director credited everyone part of the removal operation, especially working through inclement weather at the park.

RELATED: 21 dogs rescued from Texas to arrive in Charlotte Friday

“We are very grateful for the efforts of the Carolina Waterfowl Rescue," Richard Griggs, parks and recreation director in Statesville, said in a news release. "We have been concerned about the reports of abuse to the birds in the park but have been unable to catch any of the injured ones on our own. We appreciate the work of the CWR and their willingness to help us."

This is a duck that was recently abandoned at the Statesville park She's just a baby, still has her squeaky voice. Hasn...

Gordon encouraged people to contact authorities if you see any form of abuse or crime happening in the region.

The animals involved in the Statesville incident will be available for adoption once they clear through health screenings, the executive director added.

CWR is a nonprofit organization that operates off of donations from the community. Gordon confirmed the agency is undergoing a name change due to the variety of animals they support in the region. It'll soon be called "CWR Rescue and Sanctuary."

If you'd like to make a donation to CWR, or learn more about the agency, you can visit their website by clicking here.