According to the USGS database, this is the strongest earthquake to hit North Carolina in more than 100 years. 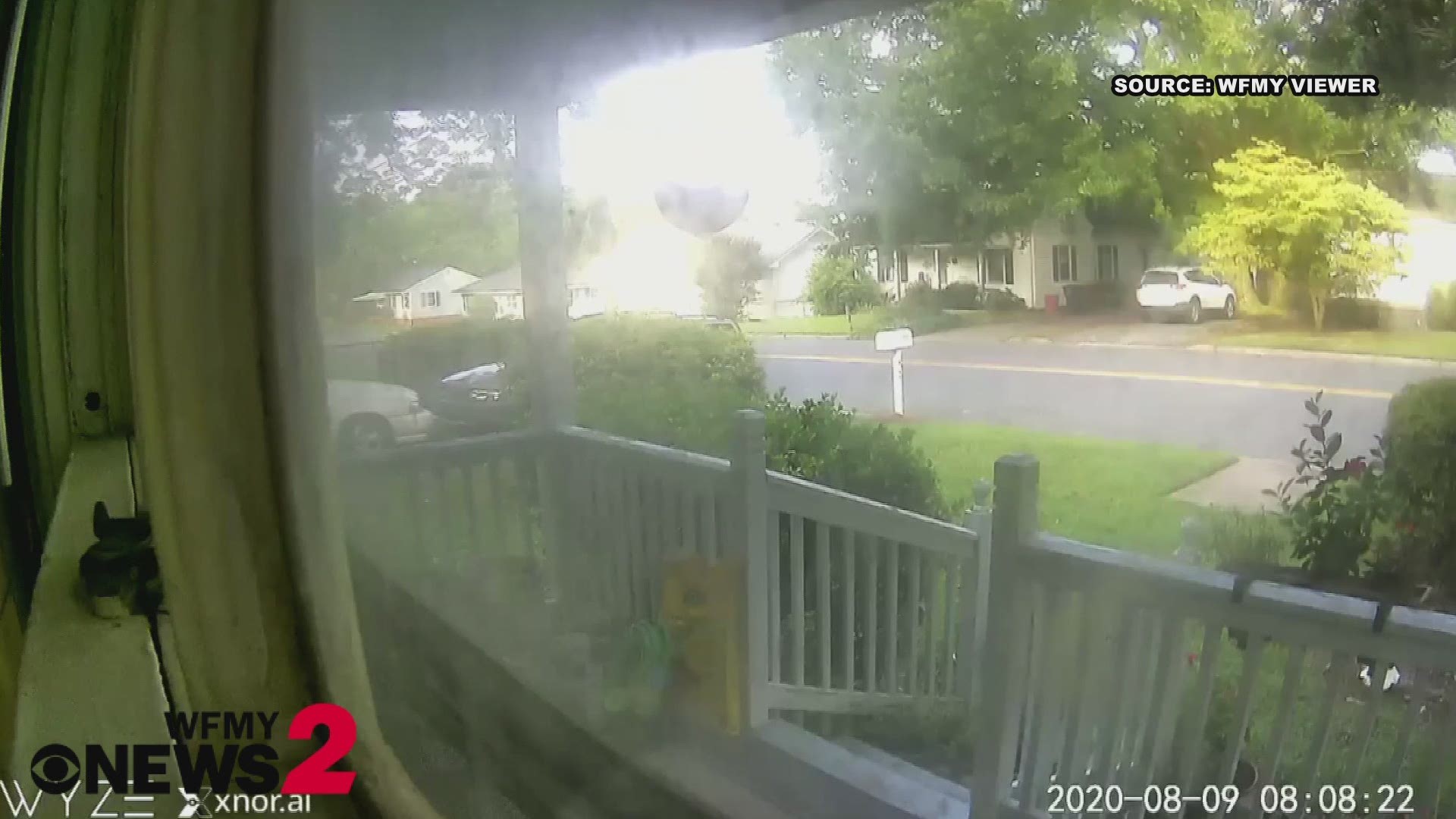 NORTH CAROLINA, USA — If you felt it, you definitely weren't alone. Several in the Triad and across North Carolina woke up feeling their house shaking on Sunday morning!

The USGS reported a 5.1 magnitude earthquake was centered near Sparta, NC just after 8 a.m.

According to the USGS database,  the Sunday morning earthquake was the strongest earthquake to hit North Carolina in more than 100 years.

8:09 a.m. – WFMY’s Tim Buckley shares a tweet about the earthquake which just hit the Triad

Anybody else just feel an #earthquake? Woke me up in Greensboro, NC.

8:29 a.m. – Tim shares a link where Triad residents can report if they felt the earthquake

5.1 magnitude near Sparta. Report if you felt it here: https://t.co/J68NxQhbAH pic.twitter.com/cNtomhL2QP

This crack appeared in Dwayne Young’s garage in Stokes County this morning after the earthquake! @wfmy #earthquake pic.twitter.com/7qZJ9DYdIy

9:19 a.m. – Tim reports the most recent large earthquake anywhere near the Triad was near Richmond, Virginia back in 2011, he says it was a 5.8 magnitude earthquake.

The most recent BIG earthquake anywhere close to our area was near Richmond, VA in 2011. That was a 5.8 and many in the Triad remember feeling that one strongly. https://t.co/ZuaAun6957

Every quake is diffeerent, but these are the guidelines on magnitude and damage from the USGS.
A 5.1 is very strong for this area, so some minor damage is likely close to the epicenter. pic.twitter.com/uTam8fuw3U

10 a.m. – Paige Flotkoetter shared this video during the 5.1 magnitude earthquake that shook North Carolina. It was captured in her home in Huntersville. 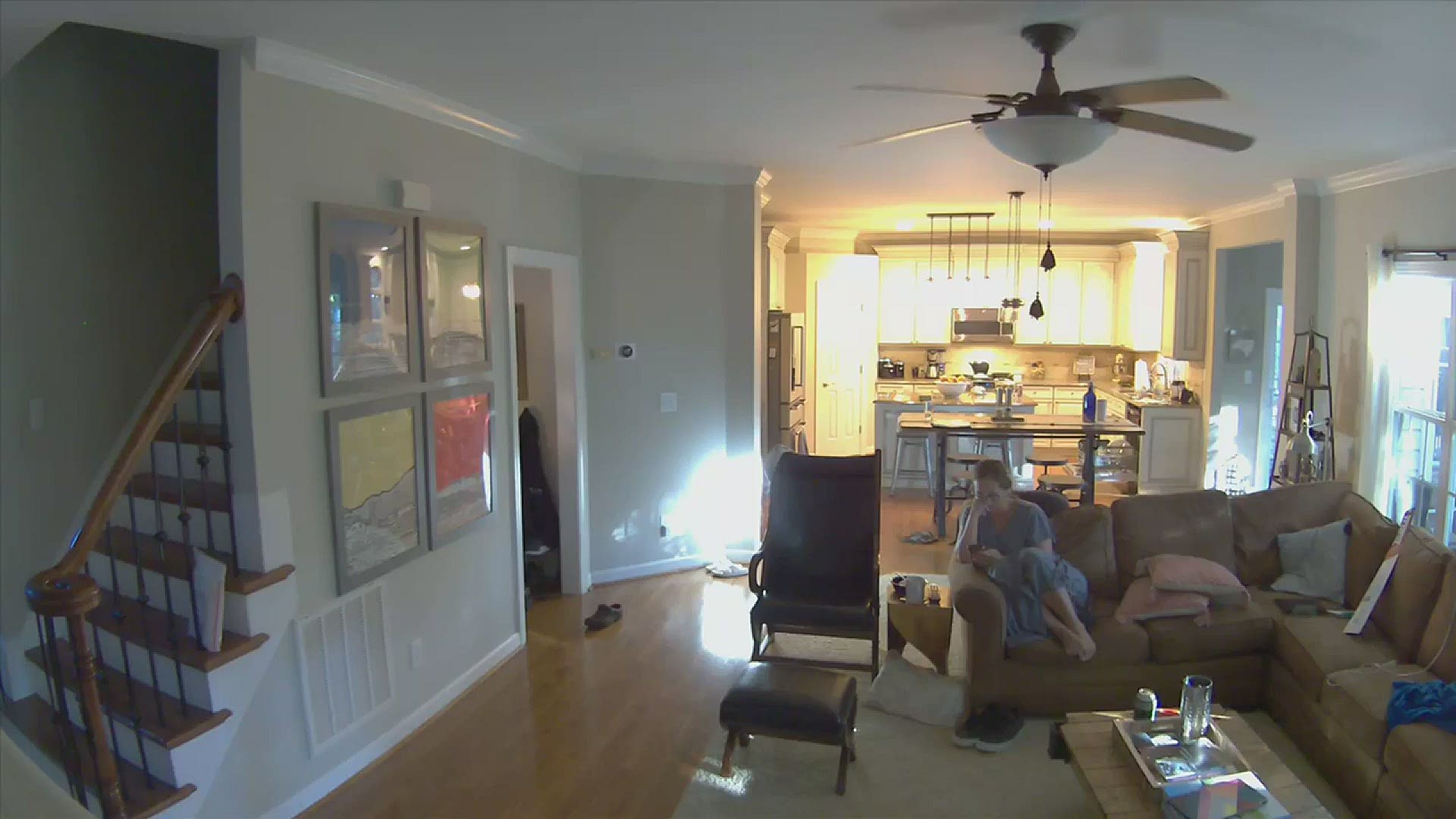 This is the strongest earthquake to hit in North Carolina since 1916. Long time ago! More recently, many of us felt the strong quake that hit in central Virginia in 2011. #earthquake @WFMY pic.twitter.com/clwJOOdPOx

LISTEN: This is video from a @WFMY News 2 viewer during the earthquake. You can here the shaking and see this camera shake as well. #earthquake pic.twitter.com/RbdYk89GgO 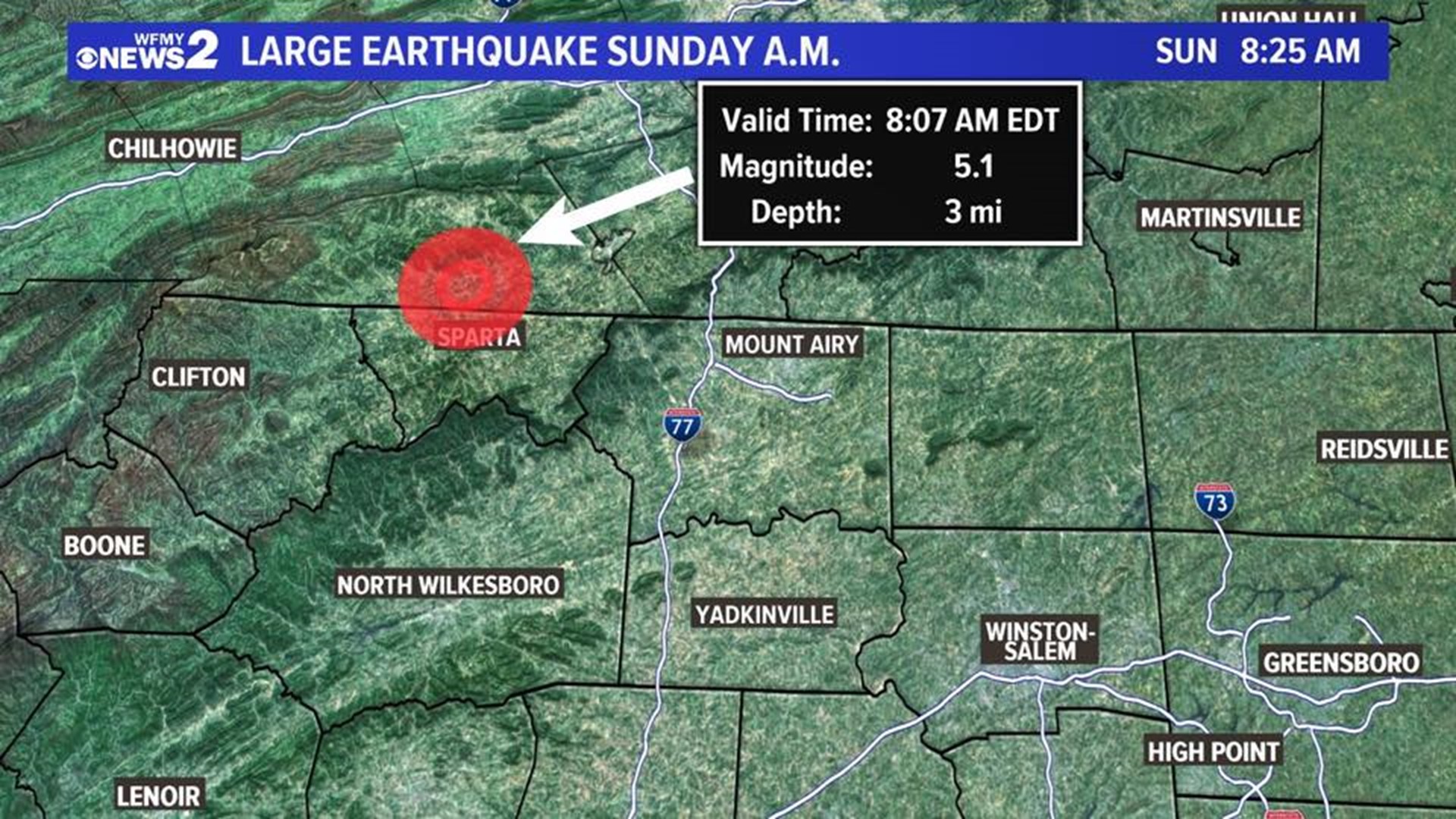 A lot of you have asked if there will be aftershocks.

In truth, it’s impossible to know. Often, there are smaller aftershocks with quakes of this size that occur hours to days afterward.

It is very unlikely there would be an aftershock or similar intensity to this AM’s quake.

12:45 p.m. - This video from River Brooks captured the impact of the earthquake from inside a home in Sparta. 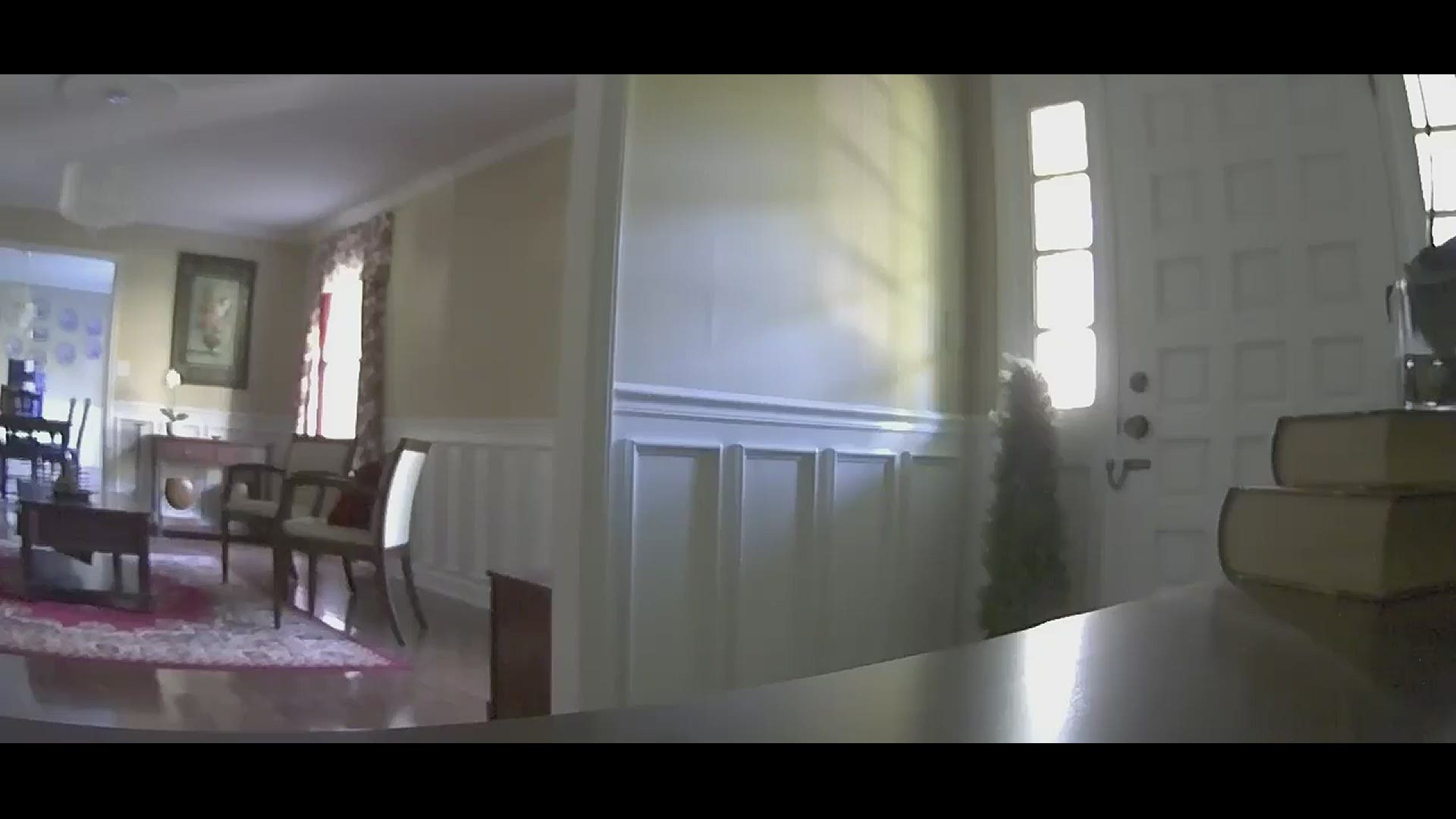 1:02 p.m. – Tim shares these pictures sent in from a viewer of what appears to be a broken television and cracked brick wall.

This TV was a casualty from the earthquake in Sparta, NC. The brick wall outside was cracked as well.

This video captured from inside a gym in Sparta owned by Megan and Drew Edwards, shows the tremendous impact of the earthquake. 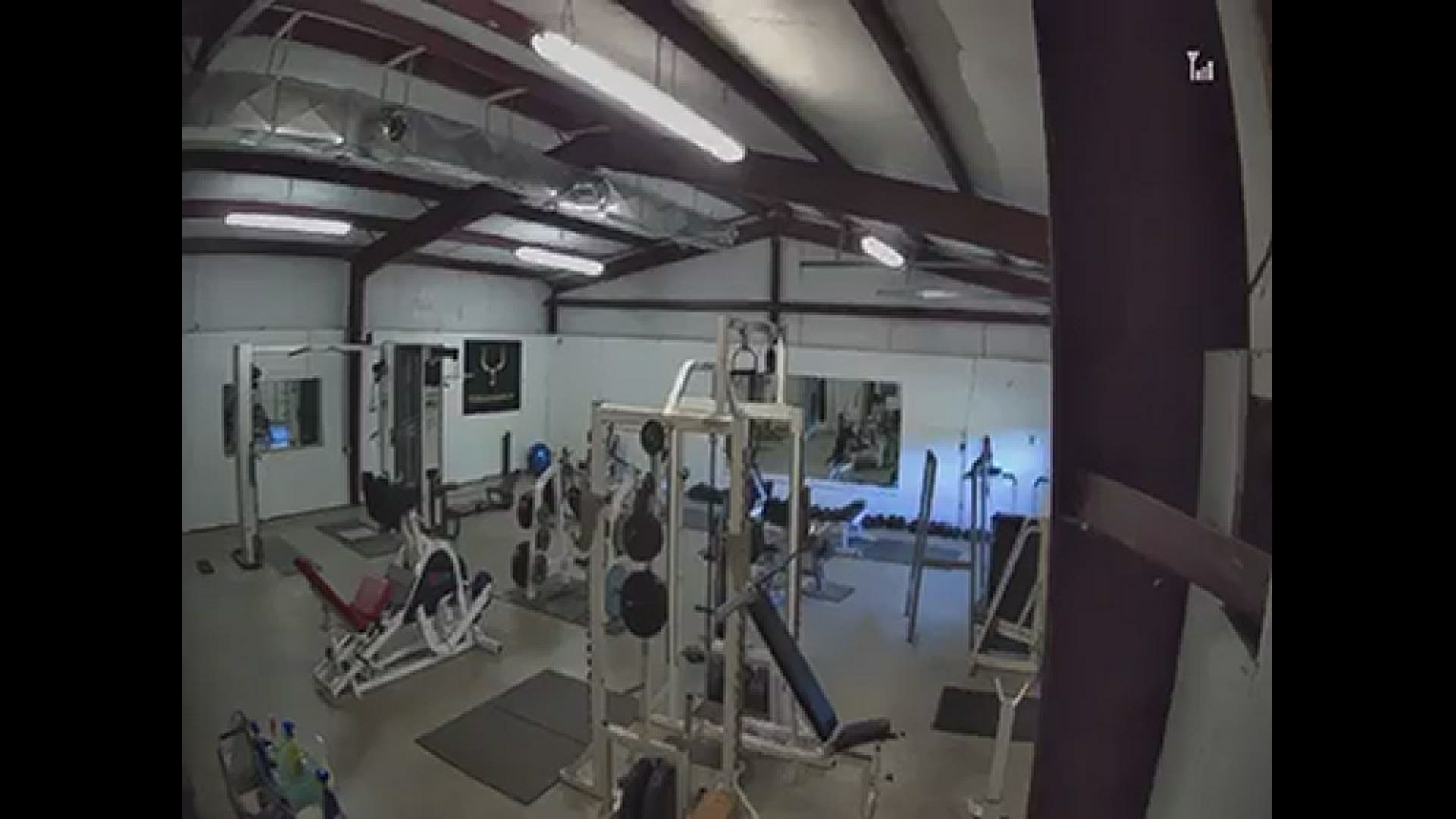 These photos capture the aftermath of the 5.1 magnitude earthquake that rocked North Carolina