"You can see people passing by, stopping like to see what's going on and then pulls off. There's something wrong with that picture," said Mavis Woods. 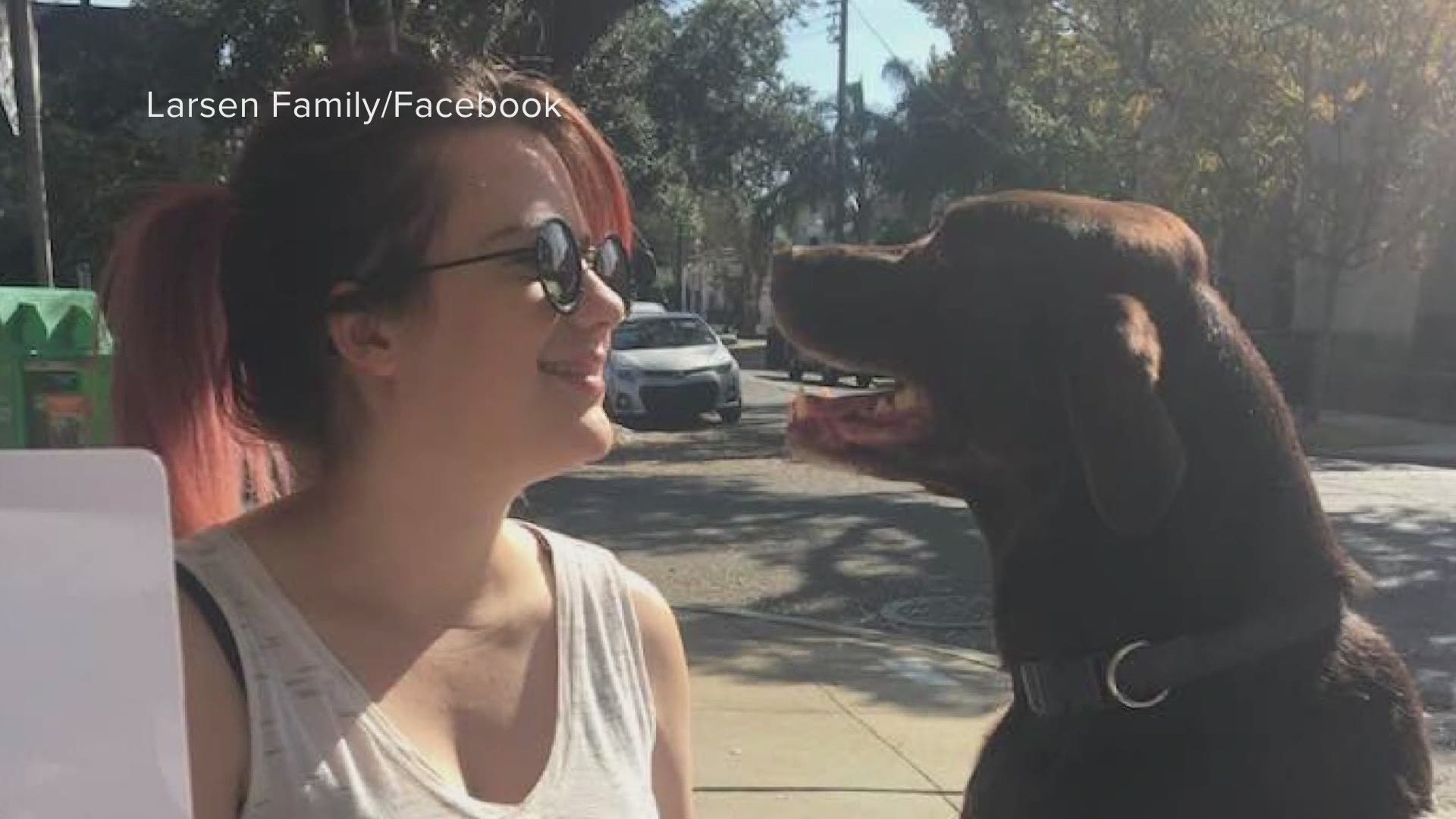 NEW ORLEANS — A 31-year-old woman walking her dog was hit and killed by a driver along St. Charles Avenue. It happened Saturday night. The driver left the scene and has not been identified.

"Just walking her dog for the evening," said Nichole Vogel, who called 911 after seeing Larsen in the street.  "She had been knocked right out of her shoes. I grabbed her shoes and her bag and put them with her."

Video shows Vogel was 10 cars behind the one that hit Larsen. She did not see the hit, but she was shocked by what she did see.

"I watched every car in front of me swerve and keep going," she said.

As Larsen laid seriously injured on, Vogel said other drivers swerved around her, and drove off.

"My concern was to put the blinkers on and stop and keep traffic from getting any closer to her than it did that's what anybody would do I would think, but I was furious at the people who went around her," Vogel sasid.

"You can see people passing by, stopping like to see what's going on and then pulls off. There's something wrong with that picture," said Mavis Woods who was working at 3201 St. Charles when tenants began running outside to help. "That was a really bad hit."

After hitting her, the driver is seen in video turning right onto the next street. According to the New Orleans Police Department, the driver then abandoned the car and ran off.

Larsen was taken to a hospital, but she did not survive. She was an artist and a designer at NOLA Couture. Larsen donated her organs.

As for her dog, Hubert, Vogel helped reunite him with Larsen's loved ones.

NOPD said the investigation is active an ongoing. So far, no arrests have been made.

Anyone with information that can aid in this investigation is asked to call NOPD Traffic Fatality Investigator Danny Ellis at 504-658-6205 or to call anonymously to Crimestoppers of Greater New Orleans at 504-822-1111.