About two people drown every year in the 'drowning machine' created by a dam with recirculating current, according to Captain Roy Stewart 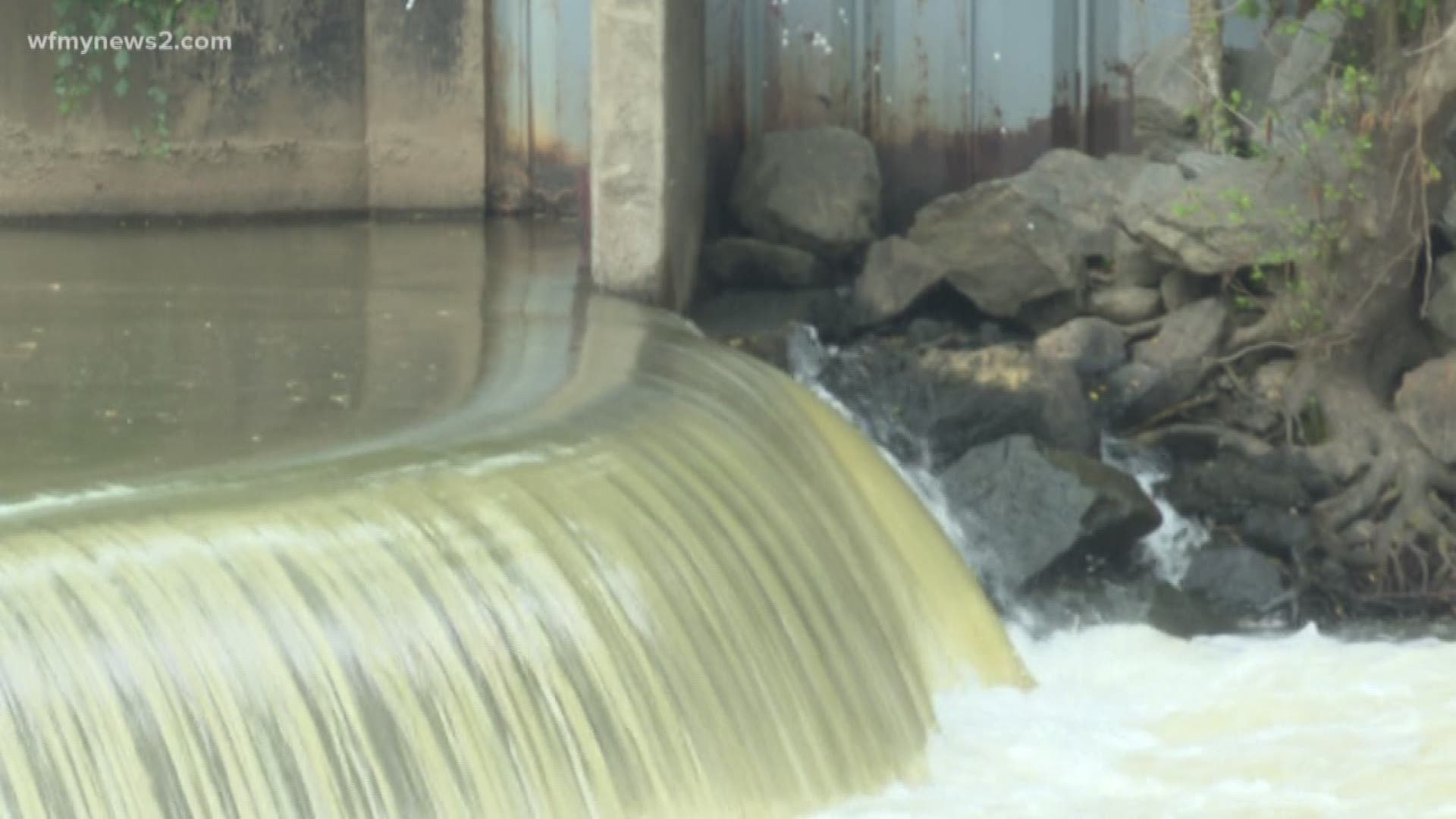 ROCKINGHAM COUNTY, N.C. — On Sunday, a child was taken to the hospital after being rescued from a notoriously dangerous swimming area on the Dan River in Rockingham County.

A boy and his family were swimming at the Dan River's Lindsey Bridge Access in Madison, when the boy became trapped in the water hydraulics flowing from a low-head dam, nicknamed the "Drowning Machine," according to Captain Roy Stewart with the Madison Rockingham Rescue Squad.

The 911 call for help came in at about 2:10 p.m., and the Madison Rockingham Rescue Squad rushed to assist a reported child in trouble.

When rescue teams arrived, off-duty sheriff's deputies had nearly pulled the boy from the dam area to an embankment, Captain Stewart said.

"He was in critical condition," said Stewart. "We had to load him into a stokes basket, use ropes, and do a rope rescue to get him up to the railroad tracks."

Once the boy had been lifted up about 50 feet to higher ground above the river, he was treated by EMS and taken to the hospital.

Once Madison Rescue Squad arrived, the boy was on the way to the hospital in less than 16 minutes, according to Captain Stewart.

As of Sunday evening, the boy's condition was not known. His exact age is also not known, only that he is a child under the age of 18, Captain Stewart said.

The dam area is called a 'drowning machine' because it's a low-head dam; when water spills over the top of the dam, it creates a recirculating current underneath the water. Stewart said it's like being in a washing machine with boulders in your pockets.

Swimmers can get trapped in the current if they get too close and the current will keep pushing them underwater, often causing people to drown.

"The dam doesn't look dangerous, it looks nice, but it'll drown you and kill you in just a matter of minutes. It's a severe hydraulic, you get in there, it's hard to get out. Some people stayed in there for days before people recover them," said Captain Stewart.

Every year, about two people drown in the same location the boy was rescued on Sunday, said Captain Stewart.

Stewart advises people to curl up into a ball if they find themselves in the dangerous situation of being trapped in a dam hydraulic.

But his number on piece of advice: Wear a life jacket.

"We've never pulled a drowning victim out with a life jacket on yet," said Stewart.

Despite the harrowing rescue, dozens of other people could be seen Sunday swimming near the dam in the Dan River.

Forest Malloy and Austin Tucker were two of the people who spent the day on the Dan River. The two said the "drowning machine" is a well-known danger among locals.

"If you get over there and hit the dam, it will suck you under there," said Malloy.

"They call it the 'drowning machine' because so many people have gotten taken under by the currents," said Tucker. "It will take you under, suck you under, keep on rolling, and you can't fight your way out of it."

"I got a buddy named David, and he was swimming too close to the dam, and it pulled him under and he almost died. It was crazy," said Tucker.

There are warning signs posted along the river.

WFMY News 2 reported a story in May 2018 about the troubled area on the Dan River. 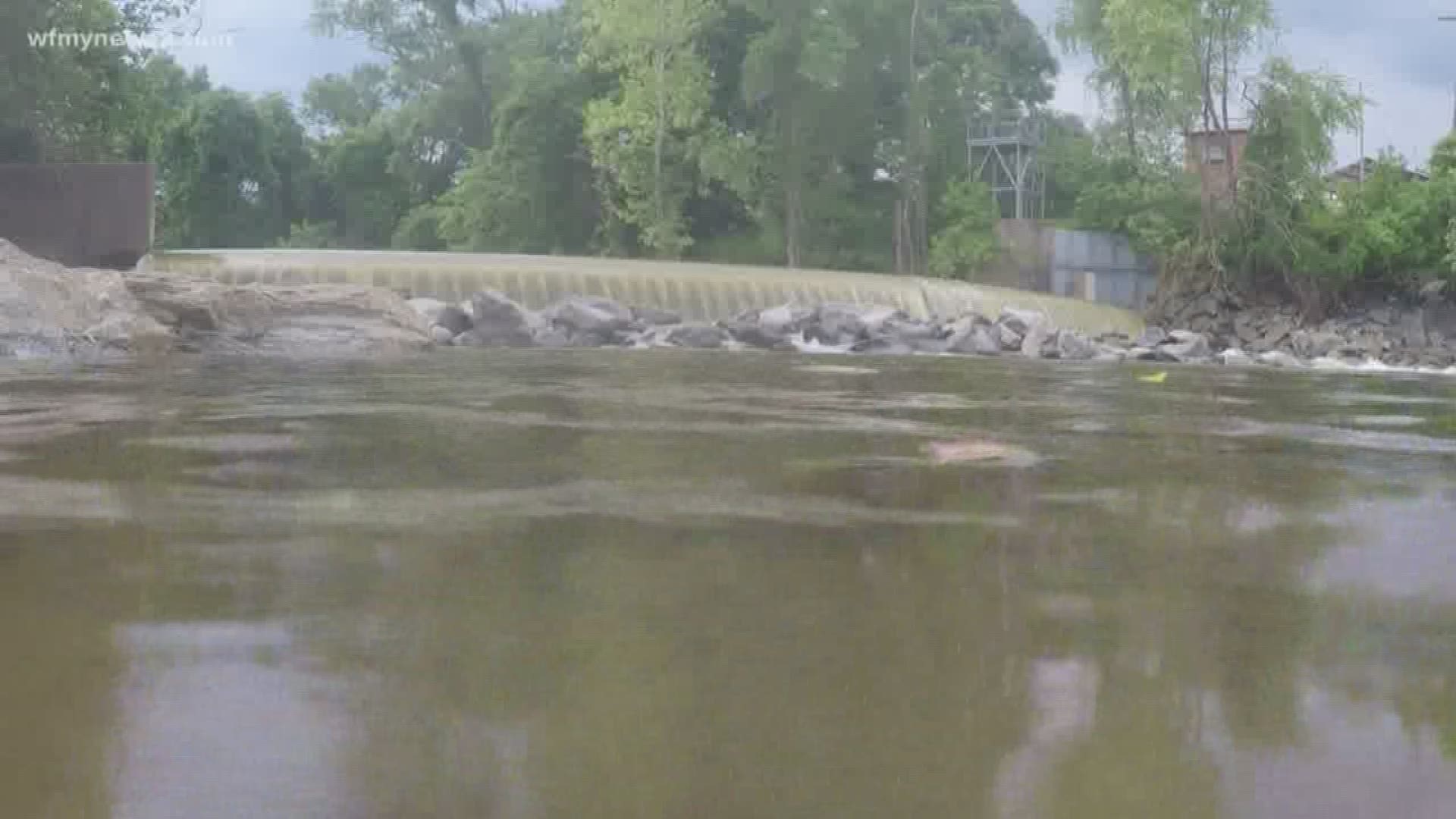