According to city officials, the mask mandate goes into effect starting Friday at 5:30 p.m. 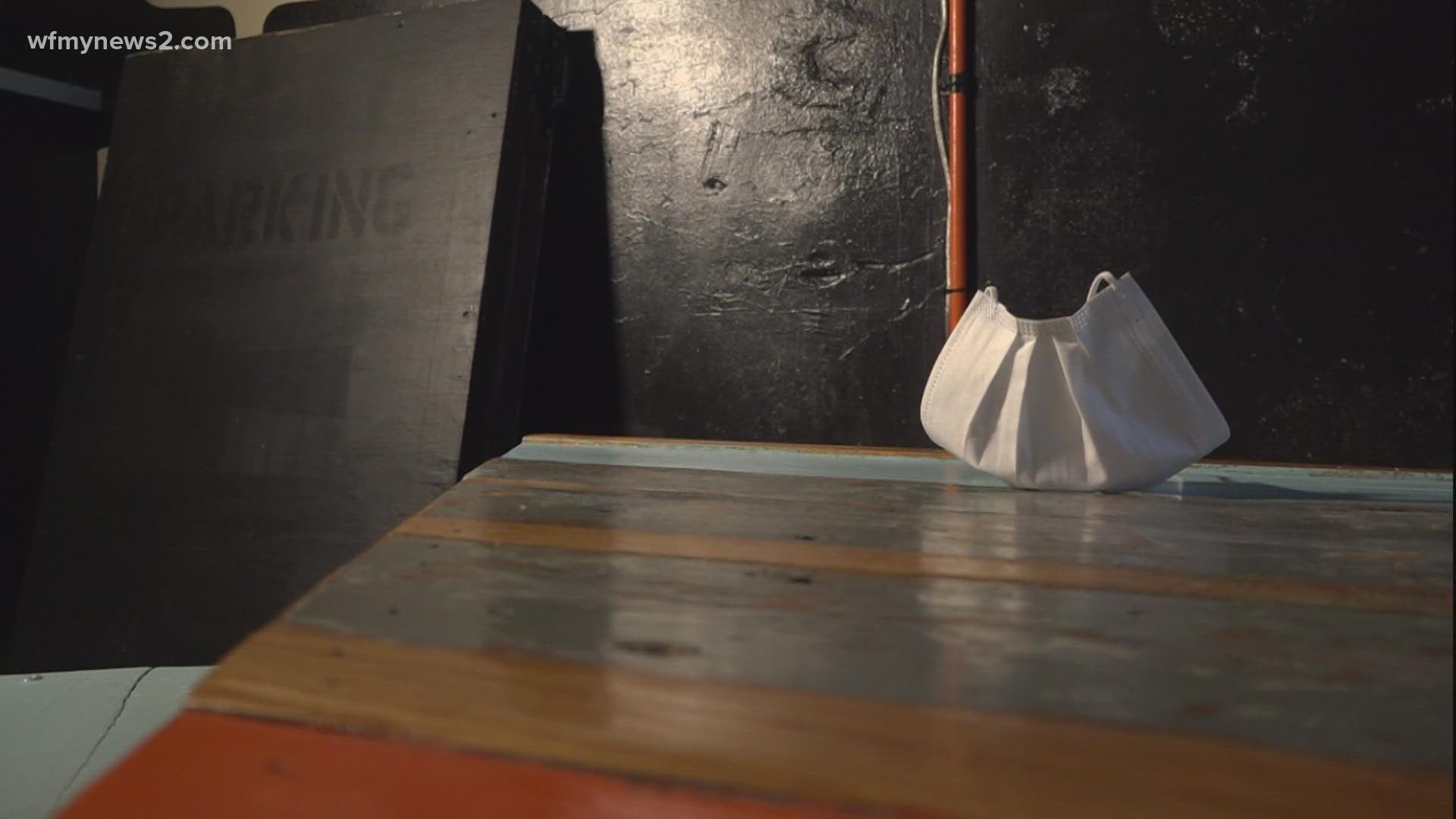 WINSTON-SALEM, N.C. — Masks are coming back to Winston-Salem. The city announced an indoor mask mandate that will begin Friday at 5:30 p.m.

The mandate applies to all public indoor buildings. That means the grocery store, shops, gyms and fitness centers, and restaurants and bars when you aren't eating or drinking.

Some businesses told WFMY News 2's Grace Holland they do not agree with the mandate, but other businesses, along with city leaders, said it's necessary to slow the spread of the delta variant.

"We just want to do what we can possibly do to manage this," Blake Stewart said.

"We ask that if somebody was not vaccinated that they stay masked unless actively drinking at a table, and our staff was fully masked and fully vaccinated," Stewart said.

RELATED: Everything you need to know about Guilford County's mask mandate

Stewart bought a box of masks for customers and employees before the city announced all indoor spaces would be required to have their customers and staff wear masks.

"I don't think it popped up over the weekend. I think it's definitely been on everyone's mind," Kevin Mundy said.

Mundy represents the Southwest Ward on the Winston-Salem City Council.

Mayor Allen Joines said he reinstated the mask requirement after talking with Forsyth County health experts. He also talked to leaders of other counties and cities who have reinstated mask mandates.

"All suggest[ed] that we need to take some steps to get this spike under control. Particularly, I was concerned about the diminishing number of intensive care beds in our city," Joines said.

Stewart worries the requirement will not be enough on its own.

"Really, my biggest hope is that the enforcement policy is going to have some teeth behind it because, otherwise, it's just going to be bad actors not following it, and good actors following it with mixed results," Stewart said.

Mayor Joines said fines are possible for those who go without a mask, but punishment is not the end goal.

"It's basically asking individuals to comply with it. We're not going to be sending police out to police situations," Joines said.

The city hopes to get rid of the requirement when cases go down or vaccinations go up.