'Annabella May,' the stolen 11-week-old American Bully puppy, was in training as a companion dog for eight-year-old Dakaia Gray who has terminal cancer. 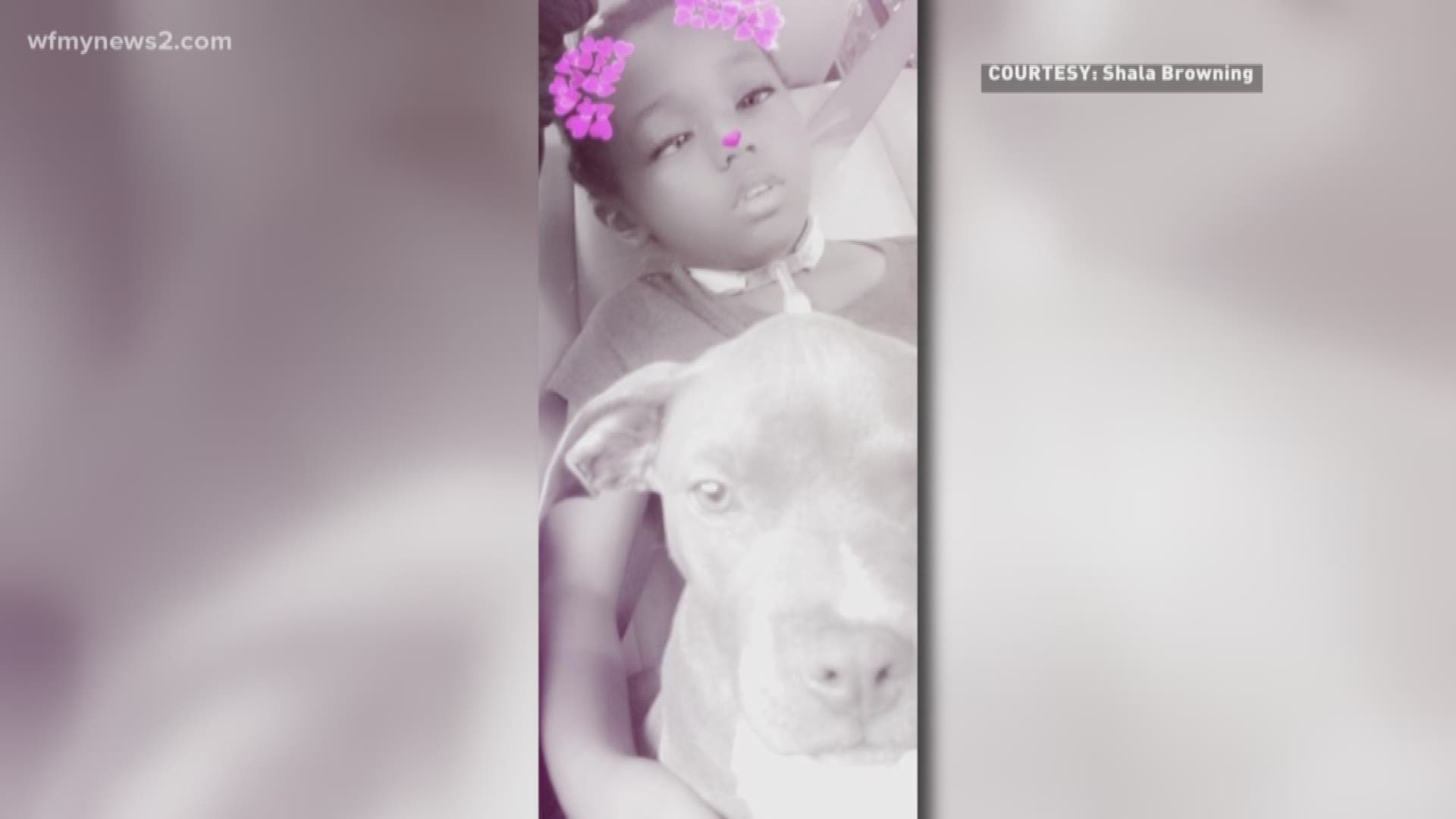 BURLINGTON, NC (WFMY) -- The Burlington Police Department is searching for a puppy that was stolen August 4, 2018, after a reported breaking and entering at a home.

‘Annabella May,’ the stolen 11-week-old American Bully puppy, was in training as a companion dog for eight-year-old Dakaia Gray who has terminal cancer.

"My dog was the one who opened my heart. I love her. She would sleep with me. She would lick me in the face. She would do everything with me," said Dakaia.

The dog was the only thing stolen from the home, but you can't put a price on the friendship between Dakaia and Annabelle May.

Clint Lyons is one of the Burlington Police Officers who responded to the breaking and entering call.

"As a father it hit me pretty hard. You know and you get that fatherly instinct to where you want to fix it, but this is one of those things you can't fix," said Lyons.

Despite everything Dakaia has gone through, she still has a positive spirit. Her mom has a message for whoever took the dog.

"Kaia has a heart of gold. If somebody needed that puppy that bad, they could have knocked on the door and Kaia probably would have been like, you know you need her more than me and would have gave her to her, cause that's just her heart," said Browning.

Those with any information about this investigation is asked to contact the Burlington Police Department at (336) 229-3500.