Cracking Down On Spoof Phone Calls

South Carolina is outlawing spoofing - phone calls calls that look like they're coming from a local number - or even the I-R-S, but are actually from telemarketers and scammers, calling from outside the area. 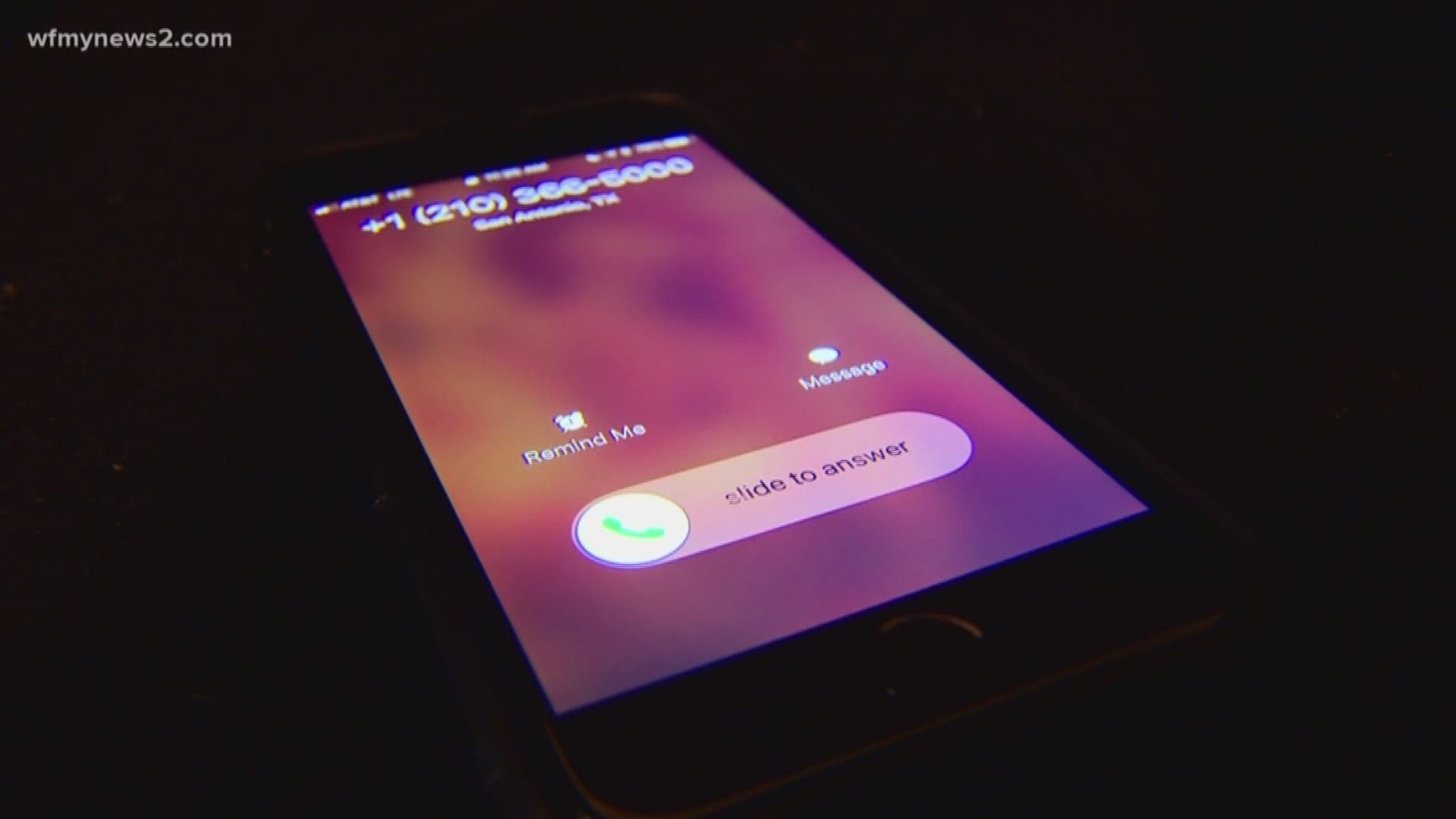 A new law for our neighbors to the south is targeting all those scammers and telemarketers.

South Carolina is outlawing spoofing - phone calls that look like they're coming from a local number - or even the I-R-S. Lawmakers in that state say it's a deceptive business practice so they're putting a stop to it. Now, they could face a five-thousand dollar fine every time it happens.

Which call are you more likely to answer? One with an area code you don't recognize - or one that looks local? Probably the local call. That’s spoofing, in a nutshell, and it’s what some scammers and telemarketers are hoping will convince you it's a call worth answering.

“When it comes to telemarketers, one of the problems that we see is spoofing local phone numbers. So, it looks like it's somebody in your neighborhood, and you're tempted to pick up the phone,” said cyber security expert Joseph Steinberg, “These days it's just so easy technologically to do that, so just don't give credence to a phone number.”

RELATED: Verify | Can You Stop Robocalls?

South Carolina lawmakers have passed a law that fights against this. It's not a criminal offense, but telemarketers caught doing this could be fined up to five thousand dollars for each call. When it comes to scammers, Steinberg says they'll still do this since they're breaking the law regardless.

“Making calls where you try to scam people is illegal,” he said, “There's a little possibility that South Carolina's law is going to deter criminals because they're already breaking the law with things that are a lot more serious than spoofing caller ID.”

RELATED: How Are You Calling Yourself? Spoofing Calls Are Going Around

Steinberg hopes there will be action on the national level. The FCC already says a caller can't spoof a number if they intend to defraud or scam someone, but if no harm is caused - it's not illegal.

The best thing to do is put your number on the Do Not Call Registry. If you're registered - and telemarketers do call you - they can be fined.

We reached out to State Representative Jon Hardister about the idea. He says state lawmakers aren't considering a similar bill right now but they plan to look into South Carolina’s new law to see how it works. He adds it likely won't happen until their long session next year.