Daughters of the Confederacy Fire Back At Winston-Salem Leaders, Calls Order 'Dishonorable'

Winston-Salem City leaders are calling the Confederate monument a “public nuisance” after it was vandalized for a second time and want it removed. 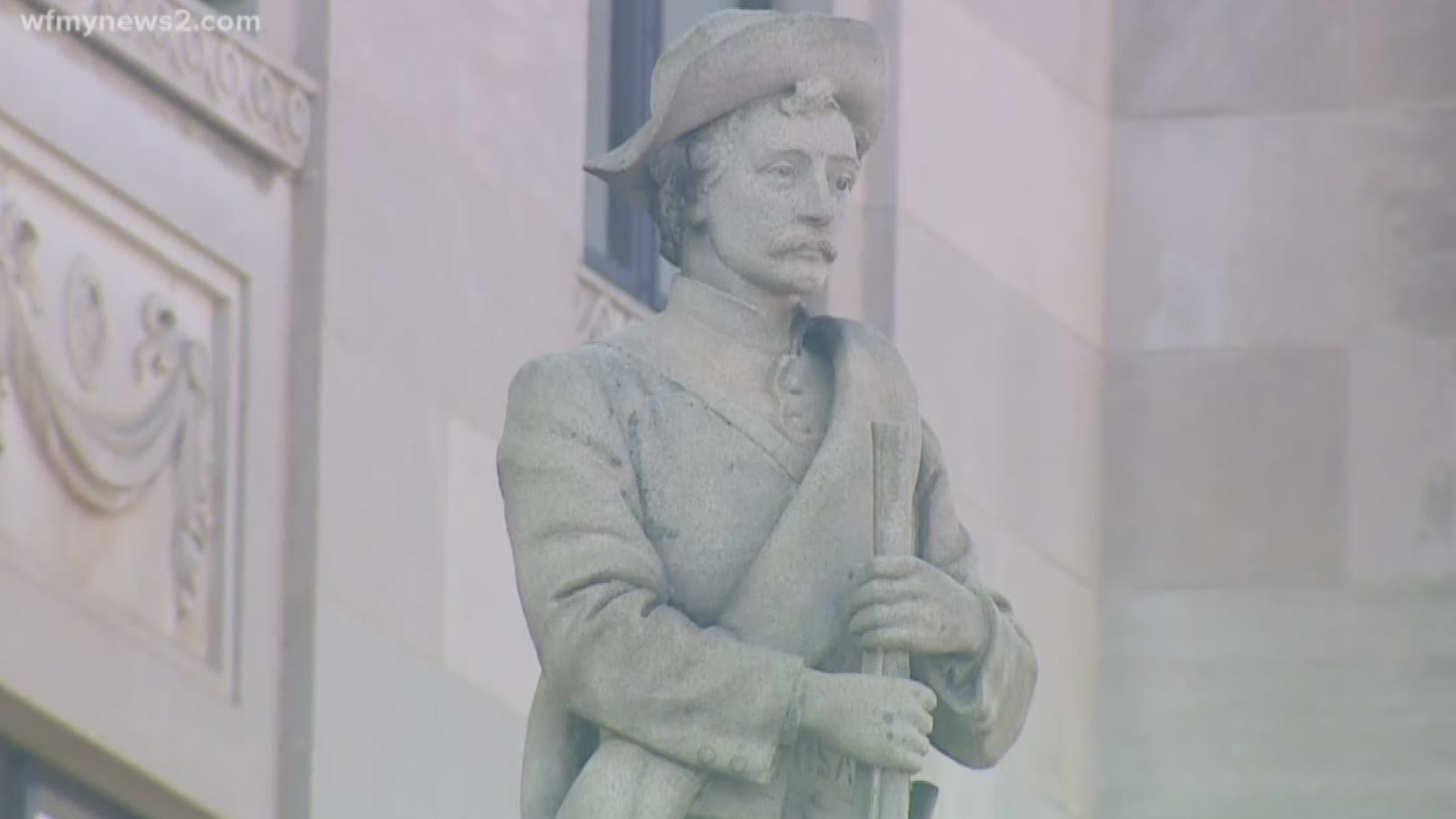 The Daughters of the Confederacy are firing back in response to the City of Winston-Salem’s demand to remove a Confederate statue.

On Thursday, the group released the following statement:

“The North Carolina Division, United Daughters of the Confederacy, wishes to register our dismay at the recent actions and statements of the city of Winston-Salem regarding the Confederate memorial on the old courthouse grounds.

The heavy-handed tactics of the city and its threat of legal action against us are as shocking as they are dishonorable. When so many real problems are facing Winston-Salem and its citizens, city officials would rather engage in a cheap political stunt and distraction.

We wish for the memorial to remain in its place, where it has stood since it was dedicated in 1905, and will do everything in our power to see that it continues to remain.”

That’s after Winston-Salem city leaders told the owner of a recently vandalized Confederate monument to remove it by Jan. 31 or face a possible lawsuit.

State law makes it difficult to remove monuments on public property, but the Confederate Soldiers Monument is on private property at the old Forsyth County Courthouse.

The city attorney believes it creates a public nuisance.

In a letter to the United Daughters Of The Confederacy, the City says quote, "I hereby direct you to remove and relocate by January 31st the subject Confederate Statue."

The monument has been vandalized twice most recently over the Christmas holiday.

After that incident, the mayor says it has to be moved.

"We've seen many acts of violence around the country in terms of Charlottesville, Chapel Hill, Durham and other places so we are trying to be proactive and to prevent violence in our city," said Mayor Allen Joines.

Joines went on to say he knows this is a touchy subject, but it needs to be done.

"A symbol of the oppression of slavery, and the subjugation of the African-American people. On the other hand, we realize this monument is special to a lot of folks and it represents a heritage and a history. So what we try to do is strike a balance of finding a good location," said Mayor Allen Joines.

The City wants to move the monument to Salem Cemetery where 36 Confederate veterans are laid to rest, and the mayor says the City will pay for the relocation.

WFMY News 2 reported last month that the statue had been vandalized for the second time in 2018. In the latest act of vandalism, police said someone wrote "cowards & traitors" on the statue's base. The other incident happened in 2017 after the white nationalist rally in Charlottesville, Va.