Arkansas Walmart switches to self-checkouts only

According to Walmart, if the test run for self-checkouts only is successful, the company will launch it at stores around the country. 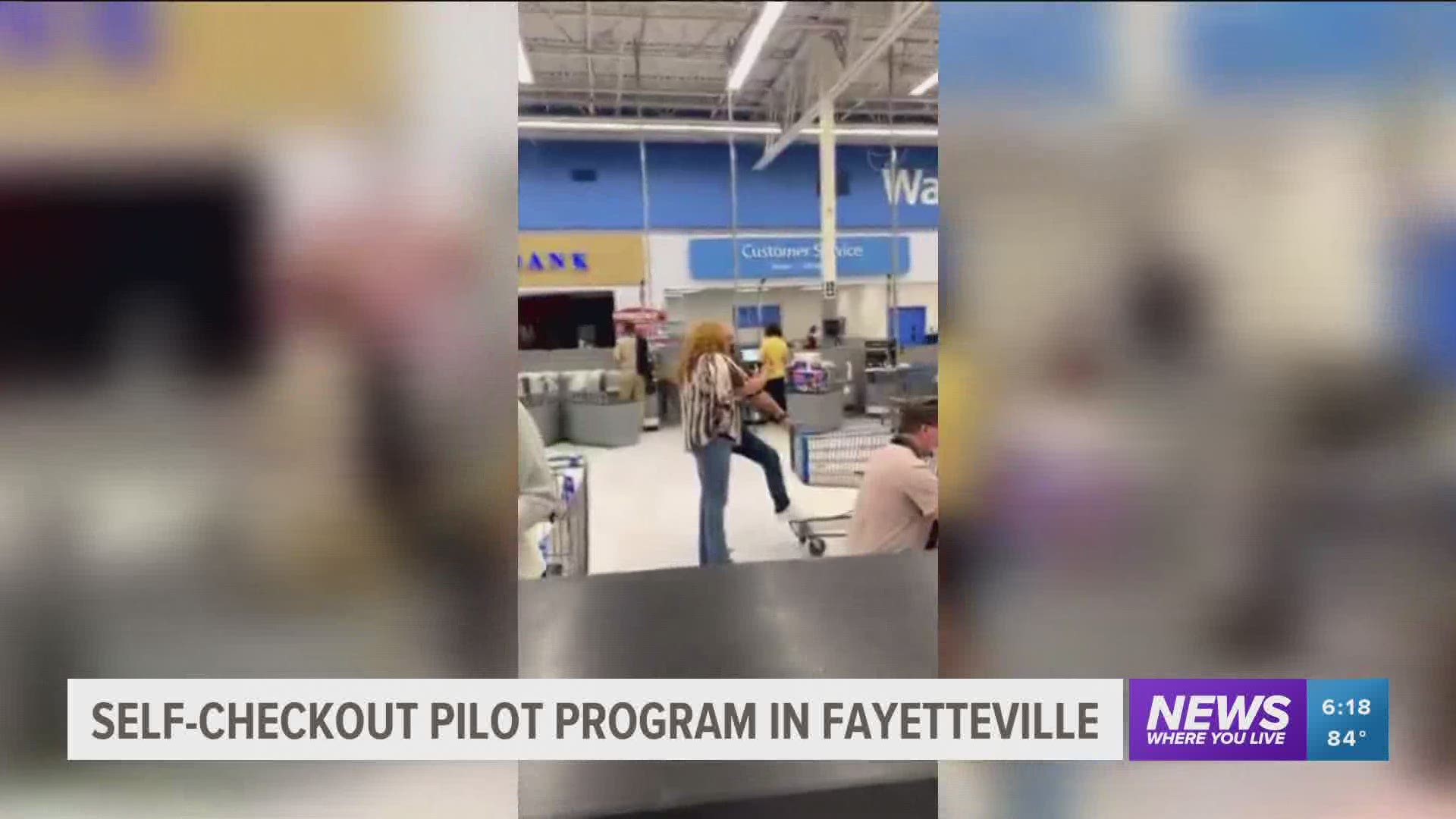 FAYETTEVILLE, Ark — According to Walmart representatives, the store on Joyce Boulevard in Fayetteville is being used as a test site to launch all self-checkout counters.

This store no longer has cashiers and has self-checkouts only.

However, there will be self-checkout hosts at the front of the stores to help customers if needed.

Hosts will be able to check out shopper's groceries just like they used to if a customer prefers it to be done that way. Walmart representatives say all they have to do is ask.

Walmart says they want this process to be as easy as possible for customers and associates, who are always willing to help.

They could not give a specific timeframe, but say if the test run in Fayetteville is successful, the company will launch this at other stores across the country.

Walmart representatives say the timing will depend on several things. One of those things is letting employees and customers weigh in on the test site in Fayetteville.