Timothy Tolley who has autism wants to be a firefighter when he grows up. 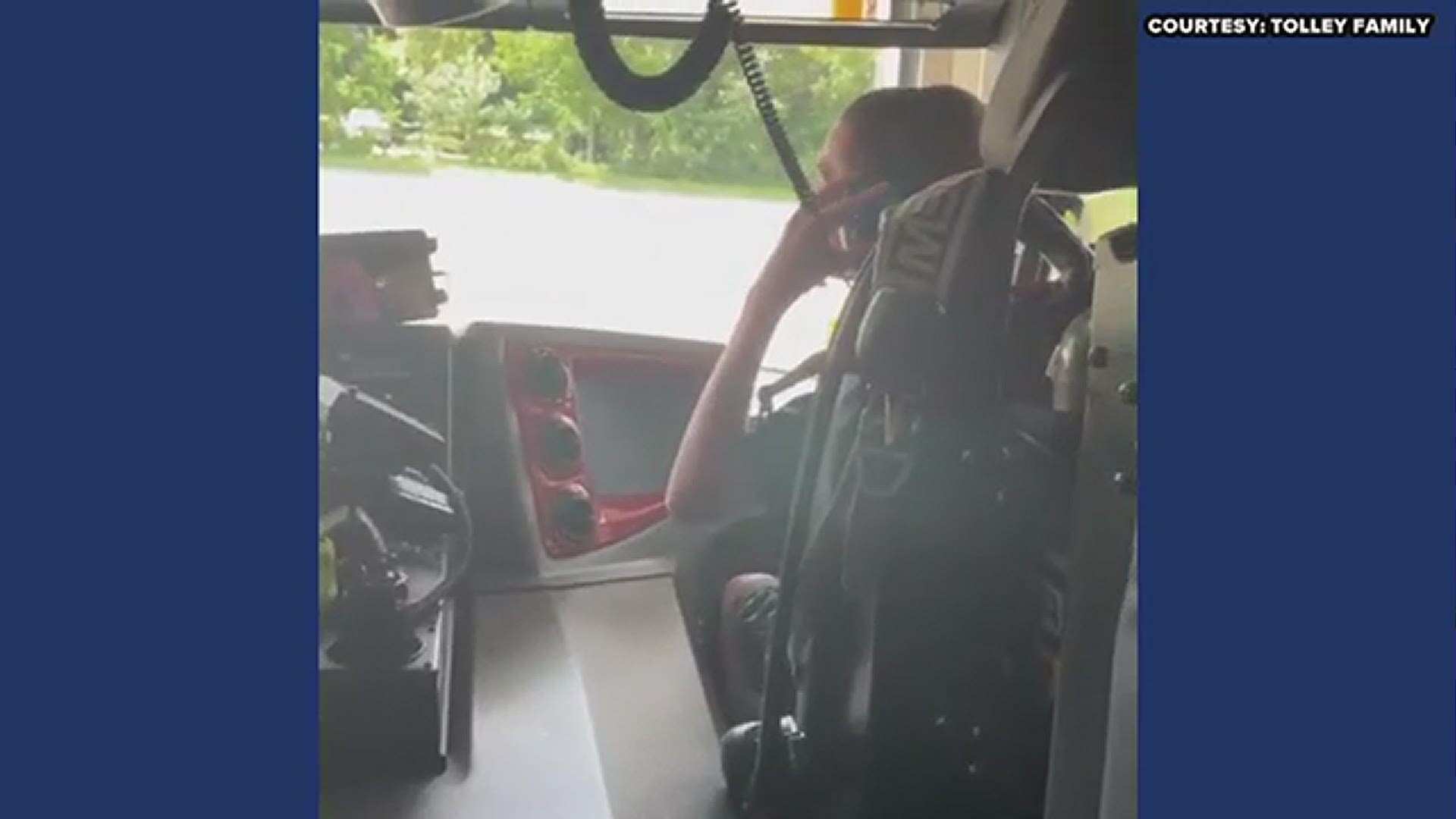 GREENSBORO, N.C. — An East Forsyth teenager who was recently surprised for his birthday with a parade and a visit from members of the school’s football team got an even bigger surprise.

Timothy Tolley who has autism wants to be a firefighter when he grows up.

The Alamance Community Fire Department Station 54 in Greensboro wanted to do something special for Tolley after hearing about his story and his ambitions to one day be a firefighter.

His family arranged another surprise for Tolley with the fire department.

He learned on Saturday that he would be making a special trip to the fire station for something pretty special. The firefighters and Chief Bowers surprised Tolley with a ride in the fire truck. They also, gave him a t-shirt, let him hit the siren, and gave his family an entire ride in the truck. The family also got a tour of the truck. Tolley even checked out a Guilford County Sheriff deputy’s patrol vehicle while at the fire station.

1 / 13
Adam Hodgin
Firefighters at Alamance Fire Station 54 in Guilford County surprise Timothy Tolley who has autism with a ride in the fire truck!