December 17 marks Wright Brothers Day! It's an all important day not just for North Carolina but for the aviation industry.

TAKING FLIGHT
It all started with a dream made possible by the Wright Brothers to fly. Fast forward to today, and that dream is far reaching with a rich aviation history in North Carolina, and an ever-growing aviation industry right here in the Triad.

What the Wright Brothers started in 1903 has become a $518 billion industry worldwide.

Facts from the Wright Brothers Museum

AVIATION DAY BACKGROUND
August 19
In 1939 President Franklin Roosevelt proclaimed August 19 to be National Aviation Day. The date has significant meaning as it mark’s Orville Wright’s birthday. Orville Wright was the first man to fly. He was born in Dayton, Ohio on August 19, 1871. He and his brother, Wilbur are given credit for building and flying the world’s first successful airplane with controls that allowed them to steer the wing plane.

December 17
Another day of national observance is Wright Brothers Day on December 17. The date marks the first successful flight by the brothers.

‘First In Flight’ is North Carolina’s claim to fame. The words appear on license plates, and you can even get an airplane on your driver’s license. But it wouldn’t be possible without the Wright brothers, who had a dream to fly.

A picture shows Wilbur running alongside the flyer as he leaves footprints in the sand at Kitty Hawk.

Wilbur runs through sand alongside flyer at Kitty Hawk leaving footprints in the sand.&nbsp;

The brothers' first flight lasted only 12 seconds and 120 feet around the site of the Wright Brothers National Monument.

WHY KITTY HAWK?
In 1900, the Wright Brothers began searching for a location to test their flying experiments. The brothers needed a number of conditions for their locations including: steady winds, high sand dunes, limited obstructions including trees and buildings and also isolation.

“I choose Kitty Hawk because it seemed the place which most clearly met the required conditions… At Kitty Hawk, which is on the narrow bar separating the Sound from the Ocean, there are neither hills nor trees, so that it offers a safe place for practice. Also the wind there is stronger than any place near home and is almost constant,” wrote Wilbur to his father Milton.

Kitty Hawk at that time had just a few buildings including the US Lifesaving Station, a weather station, post office and minimal homes.

Stone markers mark the spots of the first test flights.&nbsp;

The Largest of the sand dunes was called Big Kill Devil Hill and was about 100 feet high. The brothers also tested off West Hill and two smaller hills named Little Hill. In 1900, Wilbur glided off Big Kill Devil Hill 12 times near the end of his first trip to Kitty Hawk. In total, the Wrights glided off the hills more than 1,000 times.

DID YOU KNOW? Wilbur Wright had a dog named Flyer!

AFTER THE FIRST FLIGHT
The Wright brothers turned their attention only to aviation after the first flight in 1903. By 1908, the brothers had formed airplane companies in Europe and America. They also made a contract with the United States War Department for an airplane. By 1910, the brothers had taught the world how to fly.

First In Flight: Flying With The Wright Brothers

ADDITIONAL RECORD
On October 24, 1911, Orville Wright hit a new soaring record at Kitty Hawk of nine minutes and 45 seconds that lasted for 10 years.

WRIGHT BROTHERS MONUMENT
The monument at the Wright Brothers National Museum dedicated to the brothers is the largest U.S. monument ever dedicated to a living person. Orville attended the dedication in 1932.

The monument sits atop of Big Kill Devil Hill. The hill was moved southwest due to weather over the years. It had to be stabilized for construction to build the monument. The monument stands to memorialize the brothers’ achievements in the history of flight. Wilbur Wright died of typhoid fever on May 30, 1912 at age 45. Orville Wright died of a heart attack in 1948.

Orville lived to see aircraft used in two world wars, the development of the jet engine, and to break the speed of sound.

1969: “That's one small step for man, one giant leap for mankind.” -Neil Armstrong

This 1903 picture shows there are footprints in the sand. Compare that to the moon picture of 1969 and you can really see one small step and one giant leap for all humanity.

There are a number of ways you can explore aviation in North Carolina and right here in the Triad.

Wright Brothers Museum And National Monument This is a ‘must visit’ for any North Carolinian. The Wright Brothers Museum and National Monument is truly a special place taking you right back in time. You’ll get up close to the flight equipment, check out a replica glider, explore the monuments, walk the fields where Wilbur and Orville tested their flights. There’s also an area to check out the bronze flight sculptures and you can walk up to the National Monument. The monument is located at 1401 National Park Drive in Manteo, NC.

Diva Flight Program
Dreaming of finding your inner Amelia Earhart? Then make sure you check out the Diva Flight Program. MayCay Beeler a seasoned FAA Certified Flight Instructor and Airline Transport Pilot is passionate about sharing the gift of flight.

The flight program is out of PTI Airport and it’s just for women.

Carolinas Aviation Museum
The Carolinas Aviation Museum in Charlotte has a truly special exhibit. Be sure to check out the “Miracle on the Hudson” plane. The Airbus A-320 was piloted to safety by Captain “Sully” Sullenberger in 2009. You can also check out the military, civilian, commercial aircraft, helicopters, and historic documents. It's all part of the aviation history! There are also interactive displays where you can climb into the pilot’s seat of an F4 Phantom.

Check It Out: Other Aviation Museums In NC

JOBS AND EDUCATION
Did you know Charles Taylor was the world’s first airplane mechanic?
Taylor was a mechanic for the Wright Brothers!

More than 9 million people work in the aviation industry and there are plenty of educational opportunities to help your career soar, right here in the Triad.

Check It Out: Aviation Careers Take Flight In The Triad

AVIATION JOBS
Make sure to check out Hondajet for career opportunities

In July, Honda Aircraft received its Production Certificate from the United States Federal Aviation Administration (FAA). It’s a big step for the company to ramp-up production.

Check It Out: Honda Aircraft Ready To ‘Fly High' With FAA Production Certificate

HAECO Americas has solidified itself as a dominate aviation company committed to staying in the Piedmont Triad.

In 2016, company representatives with the aviation maintenance company announced plans for a new hangar. It will be the fifth one in the Triad. The new hangar is a $60 million investment and will bring another 500 jobs to the area.

Make sure to check out careers at HAECO Americas and Piedmont Triad International Airport You can find the links to their open positions by clicking here. 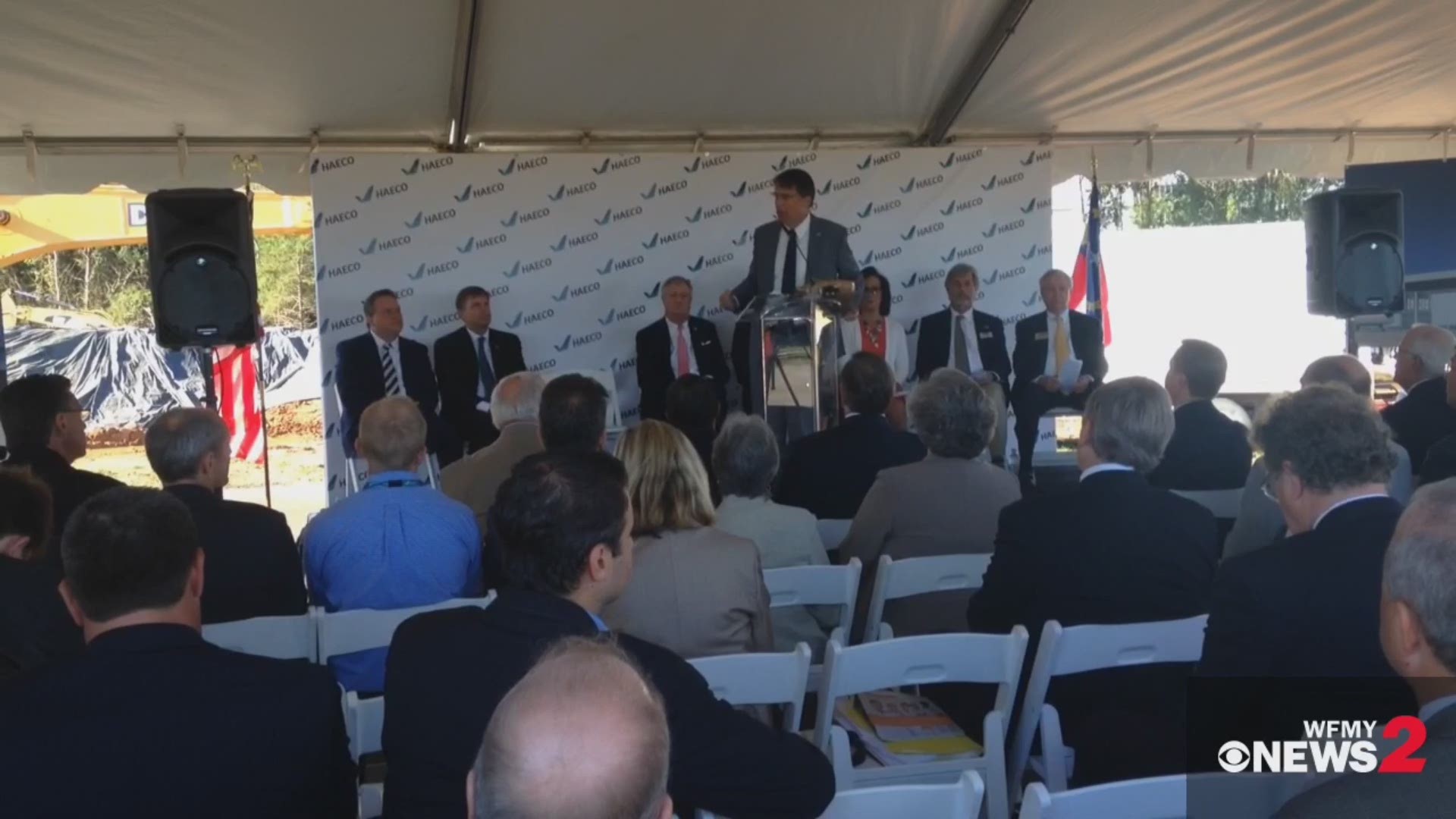