Fugitive Kills a Man He Was Living With, and His Grandfather: Alamance County Sheriff

The Sheriff says the murder motive might be a verbal fight that Ramirez and Williamson got into on Monday afternoon over shooting rifles on the property. 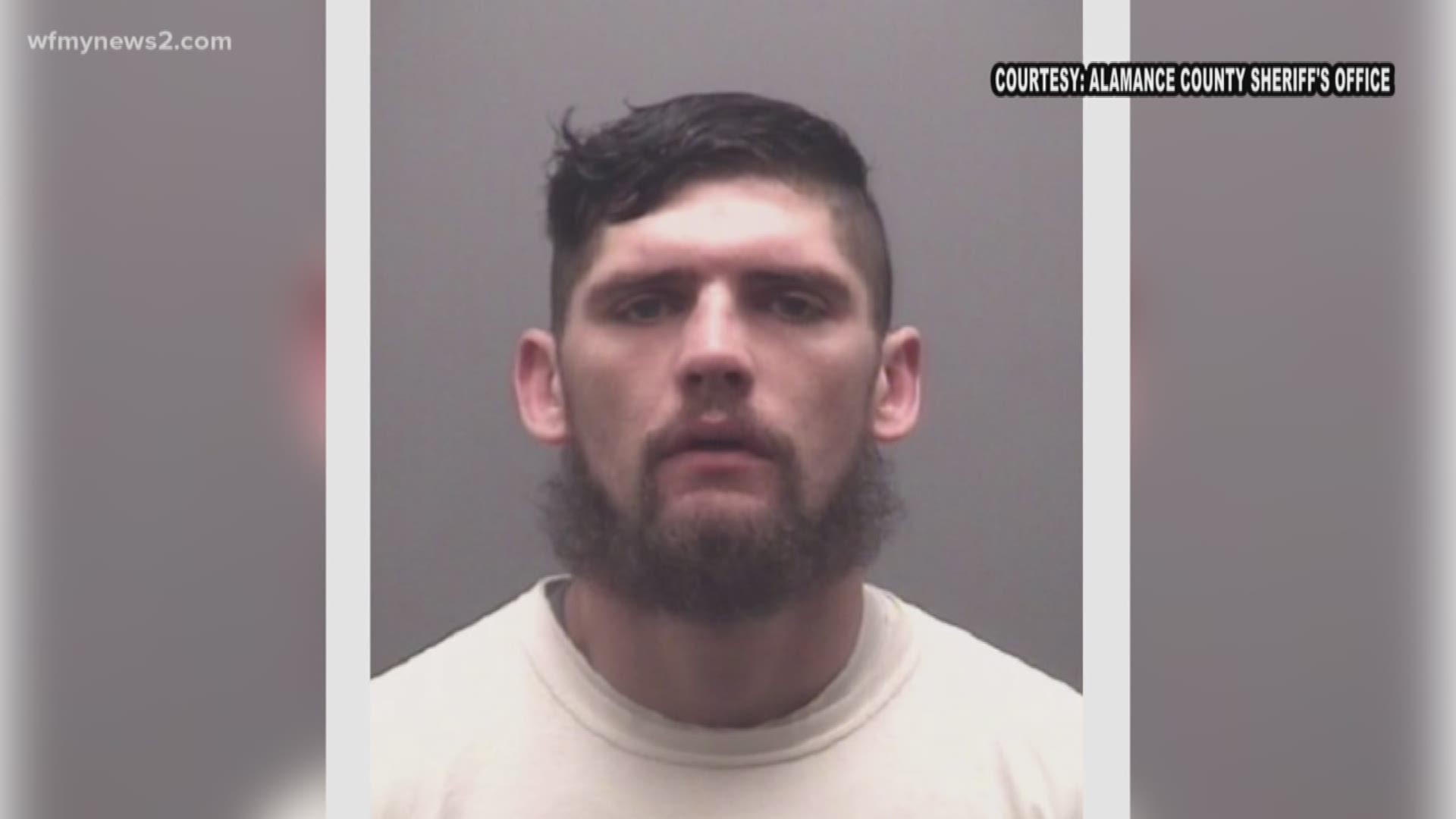 Investigators say 31-year-old Justin Ramirez fled the scene, and was on the run for hours. An Asheboro police officer spotted Ramirez's stolen car at a BP gas station, and arrested him on the spot.

Credit: Viewer Submitted
Asheboro Police Officers arrested Ramirez at this gas station when they found the stolen pickup truck he was driving.

Sheriff Johnson says they all knew each other.

In fact, the sheriff says Ramirez was a fugitive hiding out on Williamson's property because of unrelated felony breaking and entering charges out of Haw River.

He says Ramirez had been living in a shed on Williamson's land with Somers since August.

The Sheriff says the murder motive might be a verbal fight that Ramirez and Williamson got into on Monday afternoon over shooting rifles on the property.

"Mr. Williamson had left his residence to tell the individual to stop firing the rifle because of scaring Mr. Williamson's dogs," Sheriff Johnson said.

The Sheriff says Ramirez and Somers were supposedly friends before Ramirez is believed to have shot Somers to death.

"In talking with family members of the suspect, there was drugs involved in this young mans life," the sheriff said. "Talking with the other family of Mr. Somers they have been put out of the house because of behavior and that's why they were living next door."

Ramirez made his first appearance in court Wednesday afternoon in a room filled with the victims' family members.

The District Attorney says the death penalty is being discussed.

Deputies say victim Somers was in his 30's, and Williamson was in his 60's.