School Board members think many of the e-mails are coming from around the nation and not just parents in the Triad. 2 Wants To Know digs into how we got here. 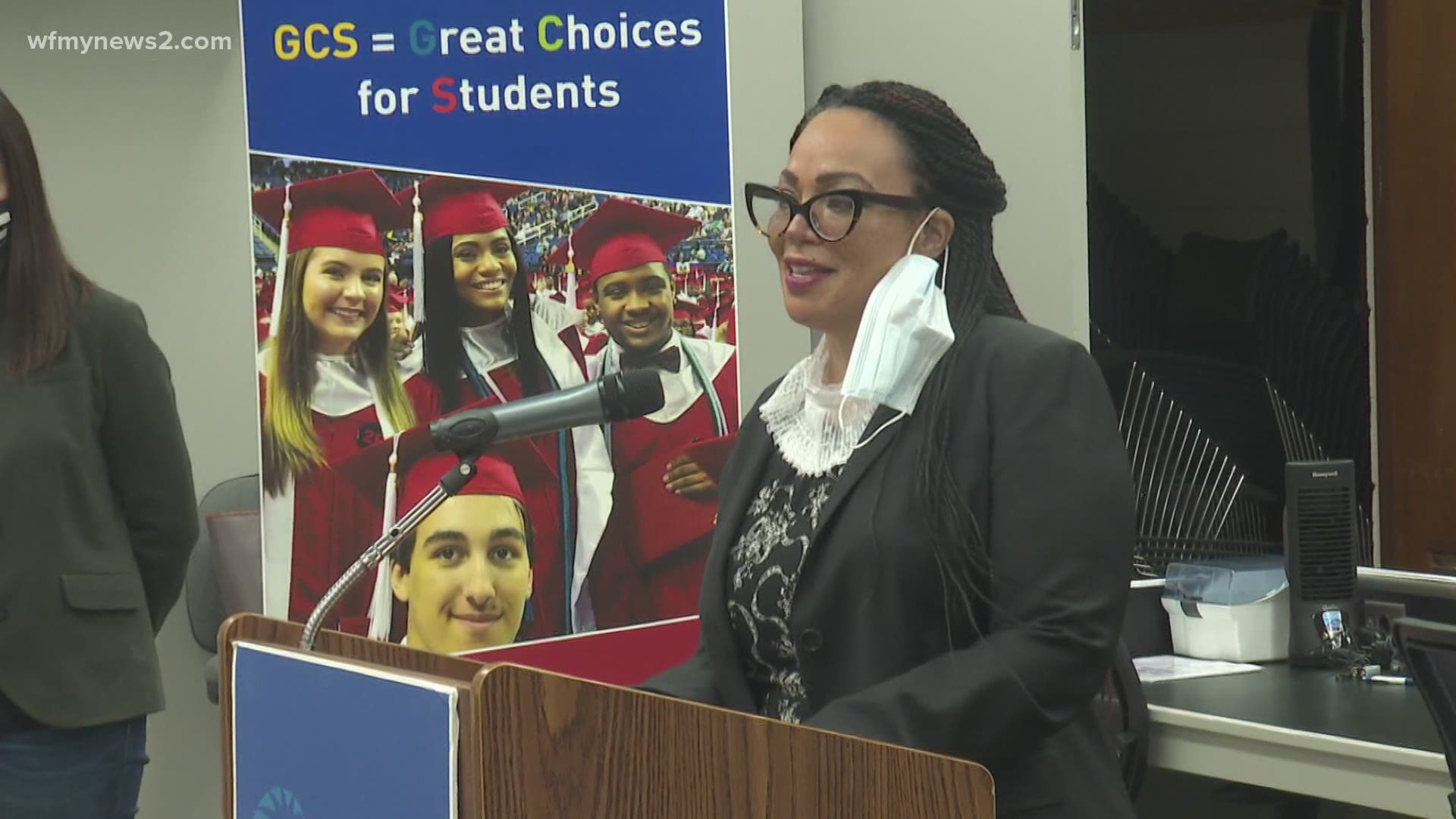 GREENSBORO, N.C. — Guilford County School Board Members said they are stepping up security to protect superintendent Sharon Contreras and other district employees. The Board felt they had to make that move after a slew of hate-filled e-mails, voicemails, and social media posts.

The stack of e-mails is so nasty, we can't show them to you. In fact, we're not even going to try blurring out just the curse words because a lot of these would just be pages full of solid black. There are sexist comments and racist attacks, but there is no direct threat made to the superintendent or anyone else. Still, school board members Winston McGregor and Khem Irby said the Board is worried about the angry tone of all this. That's why they are enhancing security.

“It's disturbing, McGregor said. “And when you're in a pot of water that's getting warming, it can be hard to tell when you've hit the boiling point, the tipping point, or the boil over point. But as experienced staff pays attention to those, we see a pattern where we see it hitting that point, where we have to pay much more attention to what's happening."

"That's a no-brainer,” Irby said. “I think that is part of our job to protect our employee, so whatever measures are going to be taken, we can't disclose those measures because it would be counterproductive. But the bare minimum - of putting things in place for Dr. Contreras - is working with law enforcement."

Staff thinks a lot of the angry messages are from around the country and not just local parents. They started piling up about two weeks. There was a group of parents who protested the June 10 school board meeting because COVID-19 restrictions kept parents from giving public comments in person to the school board. According to our crews at that protest, most of them wanted to talk about mask-wearing in school and other coronavirus issues.

But some national political pundits picked up on the story, including one called the Next News Network, which Forbes has labeled a conspiracy theorist. Look at how he twisted that same protest into something not true.

"In Guilford County, North Carolina Superintendent of schools Doctor Sharon L. Contreras refused to allow the public to attend school board meetings. That's according to local activists who are fighting critical race theory. There is massive pushback against this Marxist doctrine happening all across the country," the anchor of the network said.

McGregor said that’s just plain misleading and the wrong way to describe what happened with the parents on June 10.

“He layered it onto an issue that's being manufactured as a crisis - critical race theory. Made Sharon the bad guy, told a lie that she had locked them out of the building, merged footage together from two different nights,” McGregor said. “It's very important that people understand parents here, citizens here may be talking about these issues, but then they get co-opted or pulled into this other conversation which actually isn't even a real problem.”

“So far, I don't know of any curriculum that is rolling out around critical race theory in the K-12 dynamic,” Irby said. “We don't create that kind of curriculum. It would all have to come from DPI, North Carolina Department of Public Instruction. I do tell those parents, I want to have a real dialogue with you about your concerns because I do believe as a public servant, I do owe that to the public to have these engaging conversations. What I'm not open to is for you to attack me personally. That is where we have to draw the line. Talk issue and let's stay right there.“

A spokesperson for GCS said Dr. Contreras will not be making a statement about the messages right now. The school board said it's hard to tell how long they'll need the extra security in place.