Greensboro wakes up to burned buildings, smashed windows and thousands of dollars in damage

As the sun came up Sunday morning, we got our first look at the damage done during protests overnight. 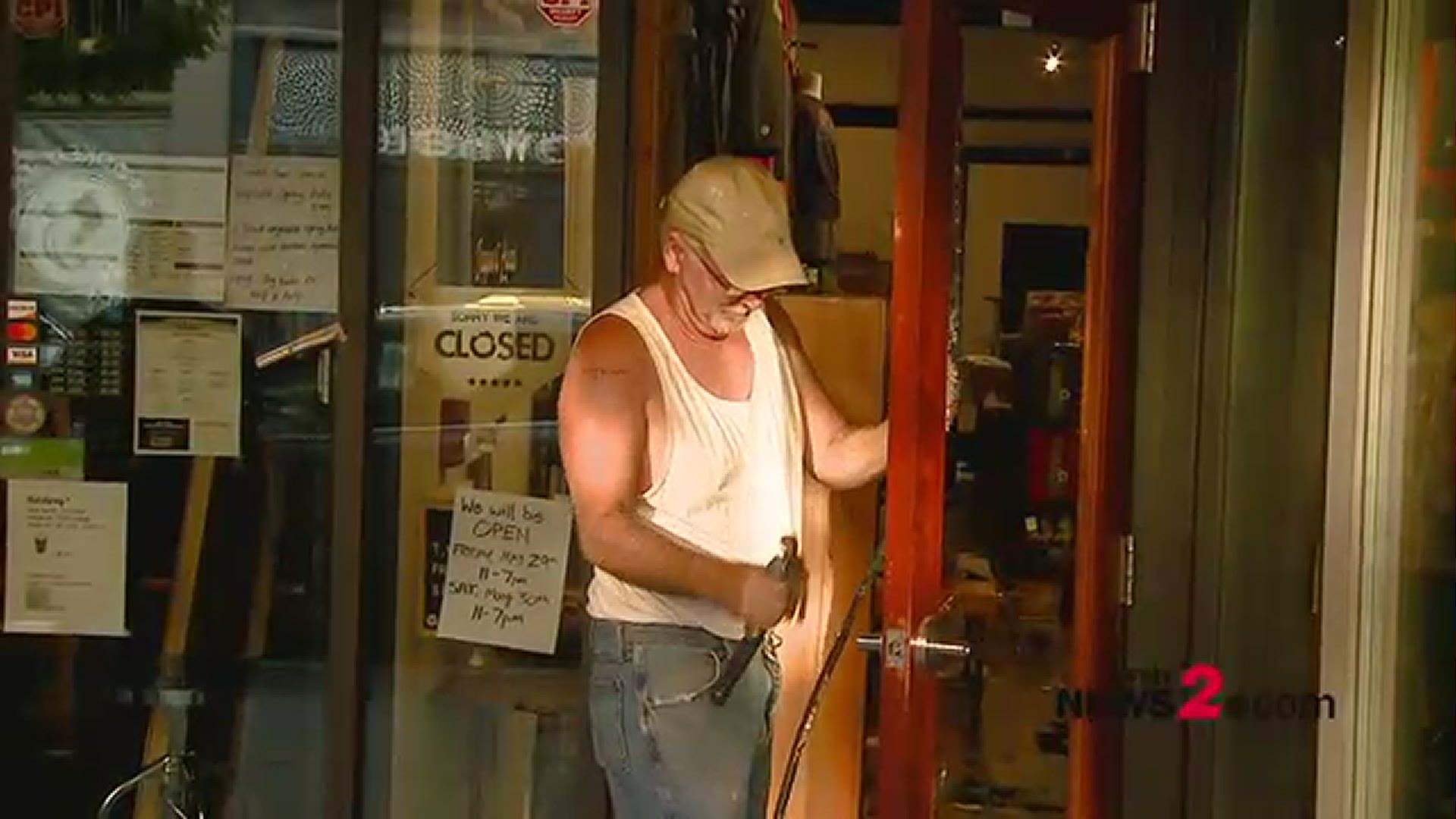 GREENSBORO, N.C. — Protests continued into the early morning hours on Sunday as outrage continues to pour out over the death of George Floyd, the man killed while in police custody in Minneapolis on Memorial Day.

In Greensboro, protests started out peaceful, but as it got dark outside, WFMY News 2 crews on the scene witnessed tensions escalate.

WFMY News 2 teams counted 19 businesses within the 500 and 600 blocks of S. Elm Street in downtown Greensboro had been damaged or vandalized. Trash, alcohol bottles, a baby stroller, burned clothes, and debris could be seen on the street and sidewalks.

Sunday morning, S. Elm St. was closed for cleanup as city workers and volunteers worked to sweep up the mess. Business owners boarded up windows and assessed the damage done.

The owner of Gate City Candy Company said he watched from an upstairs window as people used a bench outside to smash his front door Saturday night. Mellow Mushroom said they have $25-50,000 in damage with some windows smashed, and alcohol and an iPad stolen.

The Mattress Firm on Lawndale Avenue was also destroyed by fire overnight.

Greensboro police officials confirmed one person was arrested stemming from what happened overnight.

Greensboro Fire responded around 4:15 a.m. Sunday morning to a 'heavily involved' fire. When they arrived on the scene, they said there was a group of people outside.

About four units responded to the fire and got it under control around 5:30 a.m.

Investigators are still trying to determine the official cause of the fire.

Mayor Nancy Vaughn said it was a group of outsiders who caused most of the destruction.