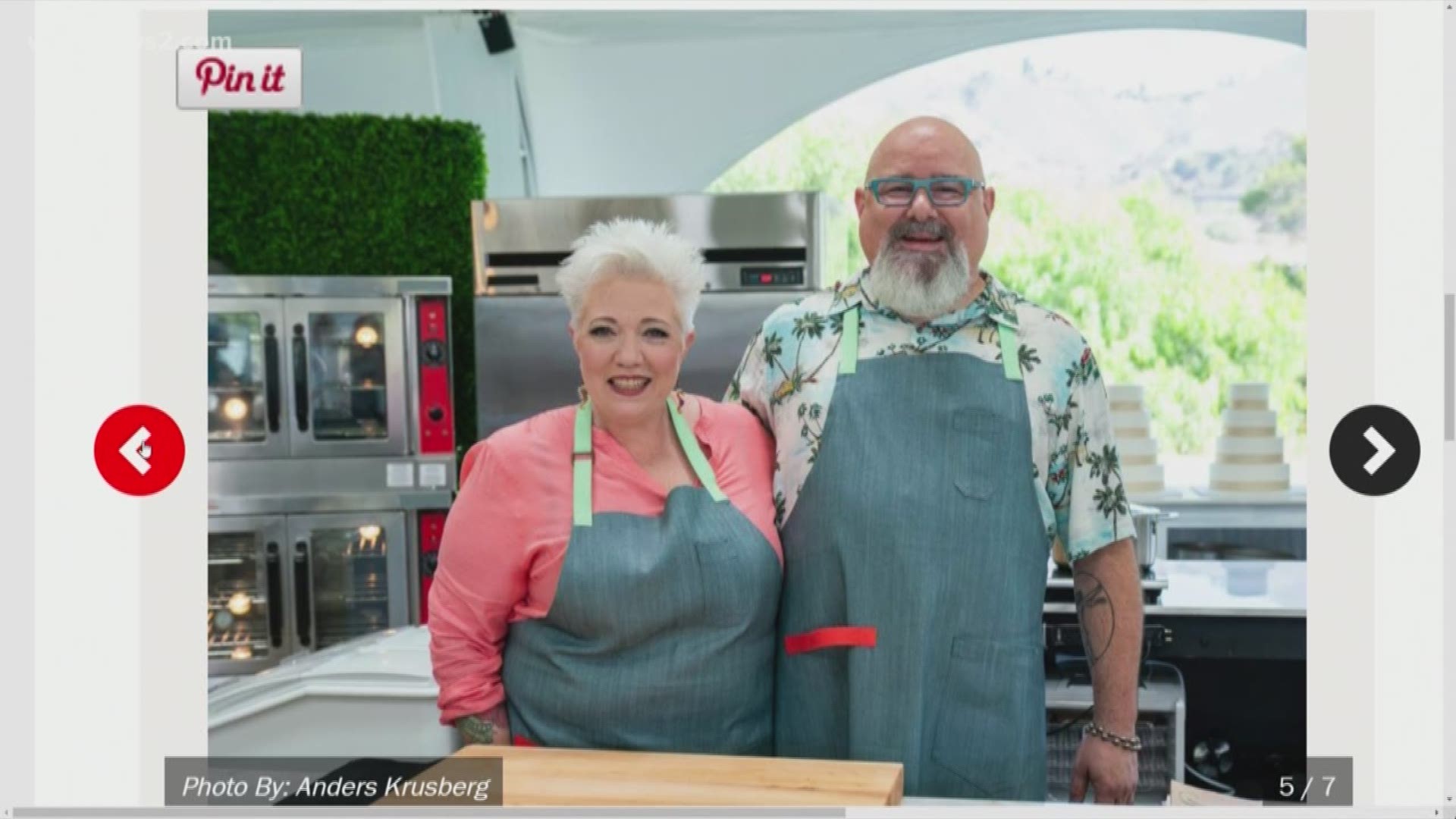 GREENSBORO, N.C. — The creative duo known throughout the Triad for delectable wedding cakes is now whipping up national attention...on a major television network.

"Oh, my gosh, it was insane," described Traci Rankins of the experience.

Rankins and her husband of eight years, Erik Rankins, co-own Easy Peasy Decadent Desserts in Greensboro. Last summer, they received a call from a Food Network representative inviting them to appear on the second season of the channel's hit show 'Wedding Cake Championship,' co-hosted by Olympic figure skaters Tara Lipinski and Johnny Weir.

The Rankinses are one of six teams competing on the show for the end prize of $25,000. In each episode, the teams must impress the judges and a real engaged couple by creating cakes designed specifically for the couple's wedding theme. The teams must bake their cakes under a short time deadline.

Often, the teams must bake in not-so-ideal weather situations, like in an outdoor tent.

"It makes a big difference. You're not in your own kitchen. There are a lot of things going on," Traci Rankins said.

Monday night, the Rankinses made it through round one and will move on to round two next week.

The filming for the show happened in September in an undisclosed location in California, and the Rankinses cannot yet disclose how they finished in the competition. But, they hope their loyal customers continue to cheer them on and stop by the shop for a sweet treat.