Are there 'boy' and 'girl' watermelons? 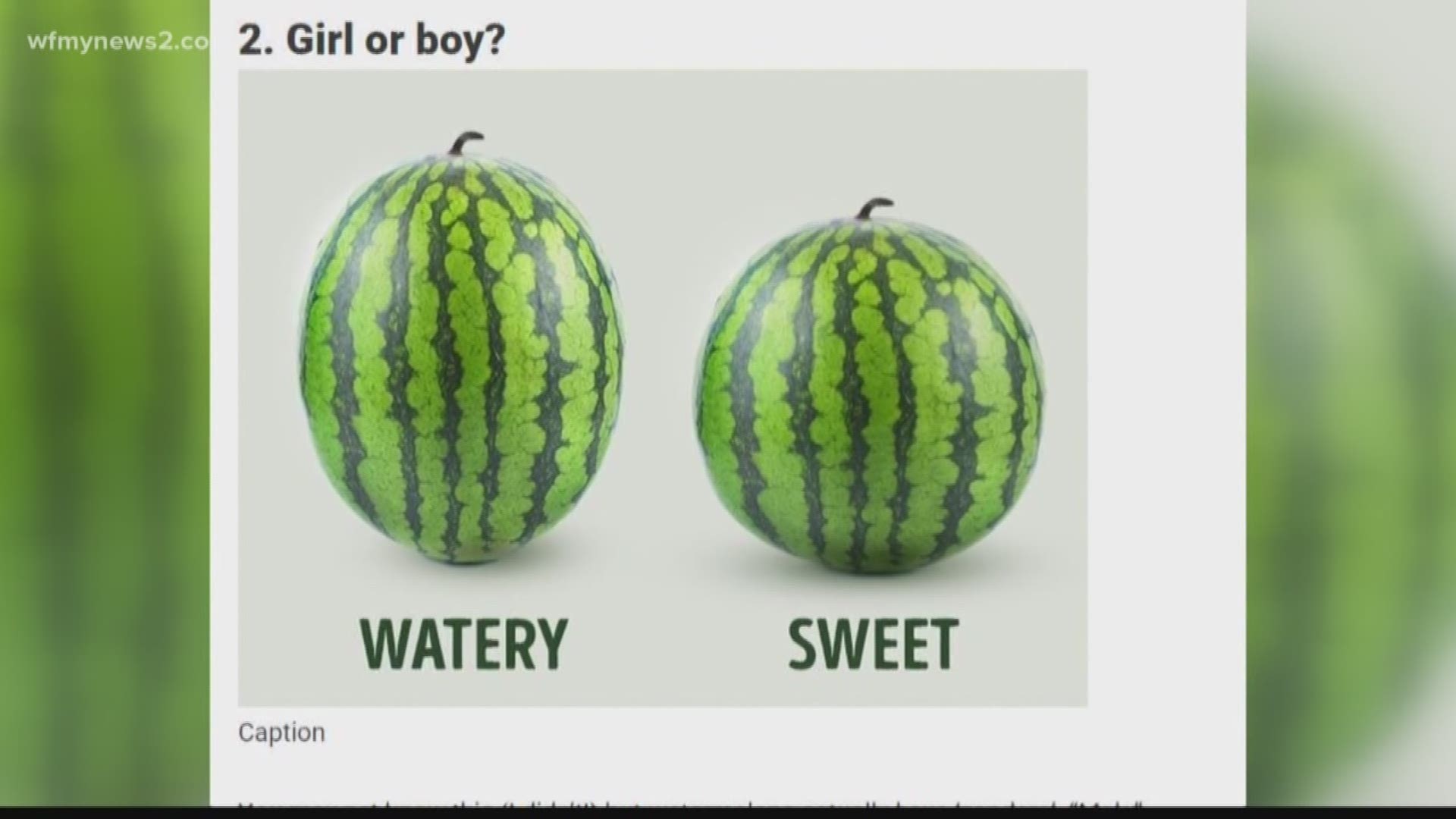 It's mid-July, and North Carolina hits peak watermelon season -- before you slice through the juicy goodness, we cut straight to the facts of a sweet situation.

Do watermelons have genders? It is what several YouTube videos and blogs suggest.

Augostini said he had never heard of male versus female watermelons. He explained watermelon vines have male and female flowers, but male flowers don't produce fruit. They just pollinate the female flowers.

So, what would account for a watermelon's varying size and sweetness? Augostini said the environment, temperature and amount of rain. An influx of rain can wash out some of the watermelon's sweetness. The difference in size and taste could also be due to variety. The Watermelon Board says there are 300 watermelon varieties in the US and South America. The most common are seeded, seedless, mini and yellow/orange.

So, is there any way to tell if a watermelon is at least ripe? Yes. Look for a firm, symmetrical watermelon without bruises, cuts or dents. Lift up the watermelon, and it should feel heavier than its size. And, turn it over -- the underside should have a spot that appears creamy and yellow from where it sat on the soil and ripened in the sunshine.

There is no such thing as a boy versus girl watermelon, even though there are male and female watermelon flowers. North Carolina is in peak watermelon season right now, so regardless of the size or variety, your watermelon should taste sweet and juicy.