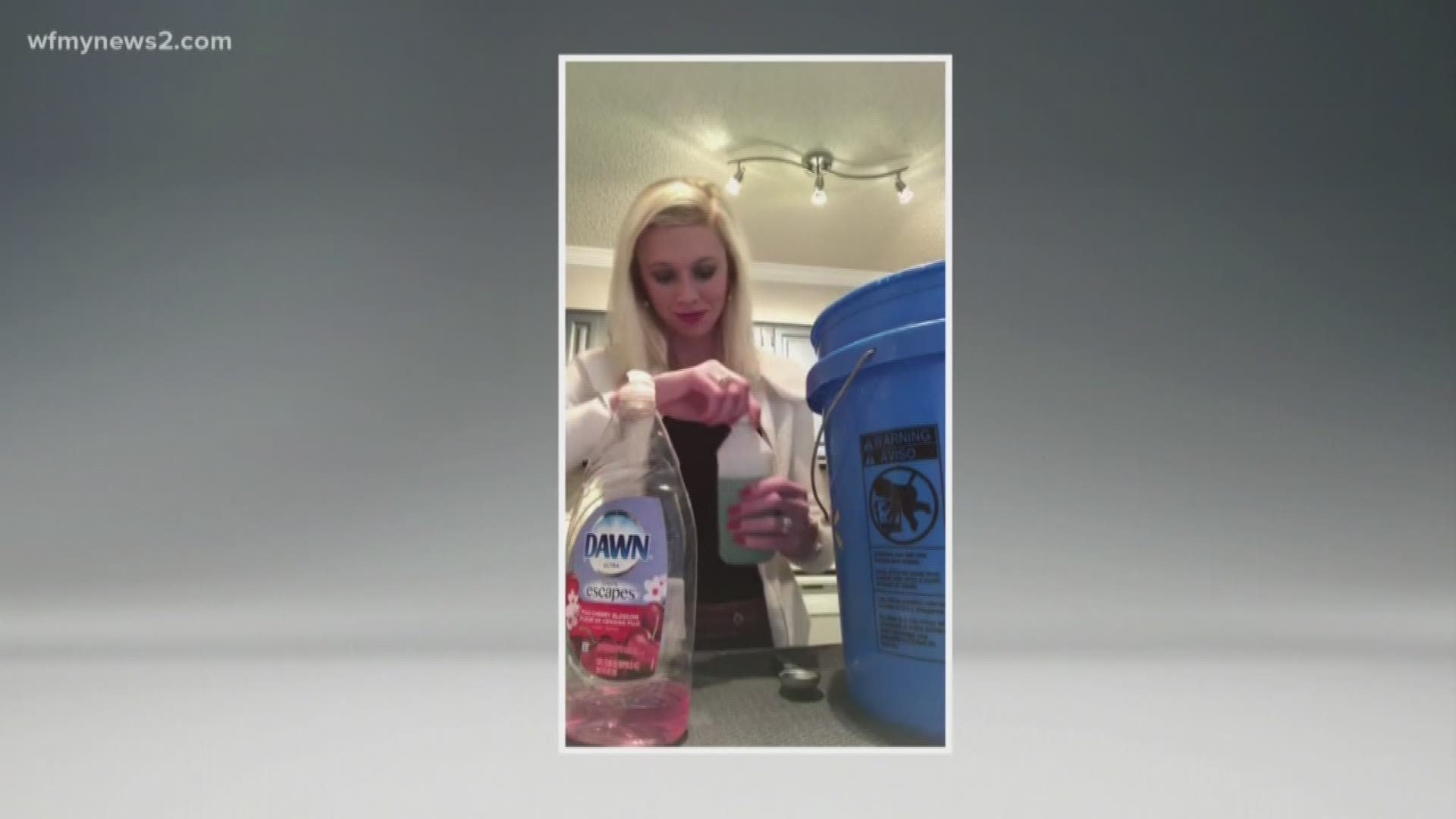 Ahead of a record and unseasonably early snowfall, a Good Morning Show viewer inquired about a homemade de-icer that is cheaper and less harmful on concrete surfaces than salt.

Rose Chilson shared this article from Homemaking.com. It claims, "For icy step and sidewalks in freezing temperatures, mix 1 teaspoon of Dawn dish soap, 1 tablespoon of rubbing alcohol and 1/2 gallon of hot water. Pour over walkways. They won't re-freeze. No more salt eating at the concrete in your sidewalks!"

To VERIFY, Good Morning Show anchor Meghann Mollerus tested out the solution on her own front steps, before and after the Dec. 9 snowstorm. She followed the instructions and mixed half a gallon of hot water with one teaspoon of Dawn dish soap and a tablespoon of rubbing alcohol (a generic brand she already had in her cabinet).

Meghann treated two of her steps with the solution and left two steps untreated for comparison.

Since the article was not specific as to when to pour the solution, she poured it once before the snowfall. She found the solution did not stop the snow from accumulating on her steps. But, could it stop the steps from re-freezing (as the article claims)?

Meghann can VERIFY the homemade solution does seem to work, as it appeared to stop her steps from re-freezing. She has not yet observed the long-term impact of the solution on her steps, so she cannot VERIFY if it is less corrosive on surfaces than salt.

As always, use caution and watch your step when walking in icy conditions.

Do you have a VERIFY inquiry? Reach out to Meghann Mollerus: