Stop. Posting. This. Facebook is not limiting news feeds to 25 friends. 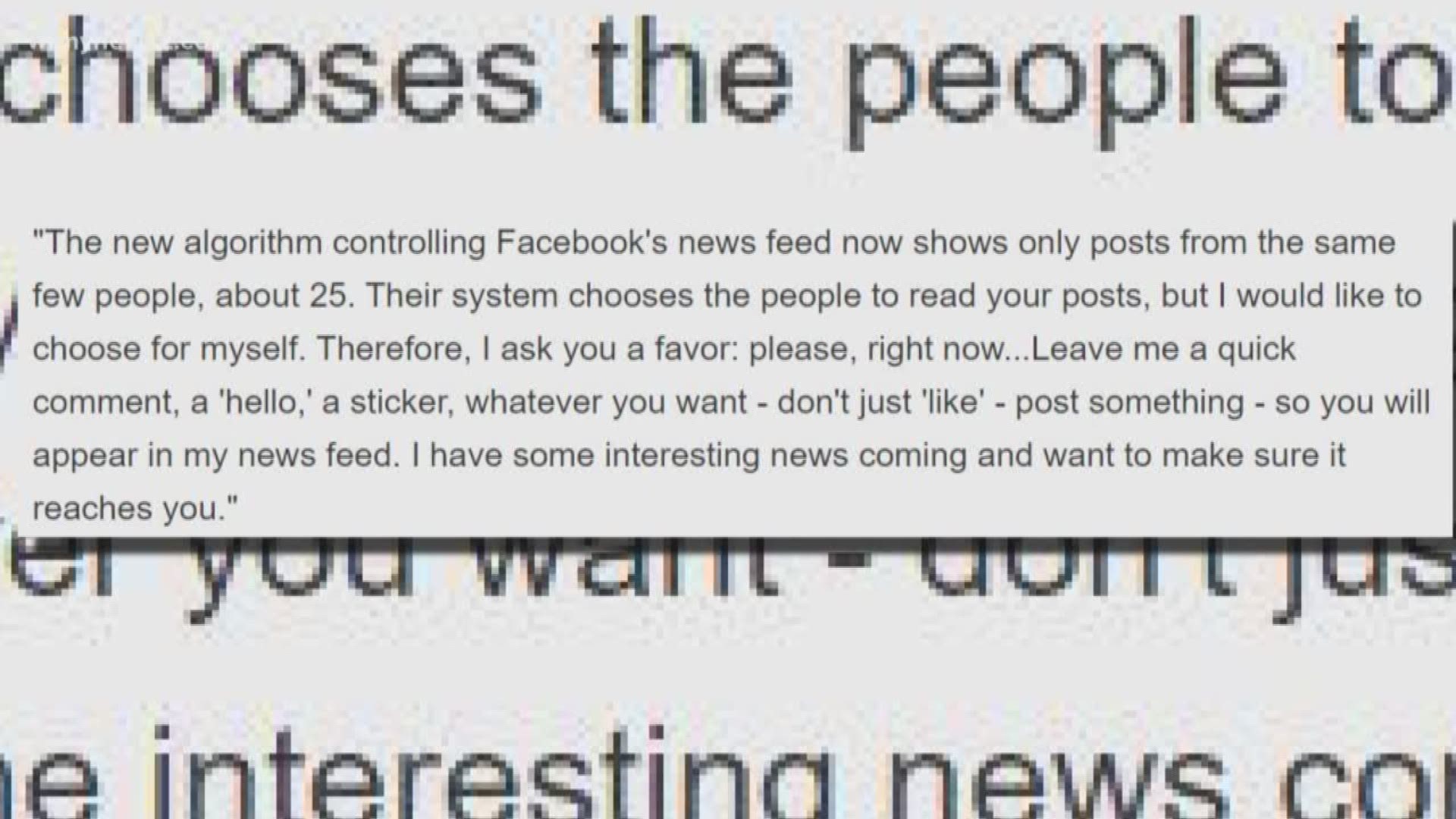 It's time to 'unfriend' fiction on Facebook. The WFMY News 2 VERIFY team received an inquiry from Reuben Davis -- a link to an article about a Facebook policy.

He wrote, "I am so tired of seeing people fall for this hoax! This has been around since February!"

Davis is referring to a status claiming a new Facebook algorithm is limiting news feeds to updates from only 25 people.

As Reuben alluded and our sources VERIFY, the claim is false. Facebook did announce, in January, it would be changing its status update philosophy.

The social network explained it is going to try to show users more posts from friends that have "meaningful interactions." It plans to do that by reducing the number of articles and videos that appear on news feeds.

But, Facebook never said it is limiting news feed updates to 25 friends. Rather, the social network is just prioritizing the statuses users will be more inclined to see.

If you see the viral status about 25 friends, spare yourself the effort of sharing it and keep scrolling. We have verified it is false.