"I think first in-flight now has a new meaning in North Carolina as we continue to grow the aviation industry," Roy Cooper said. 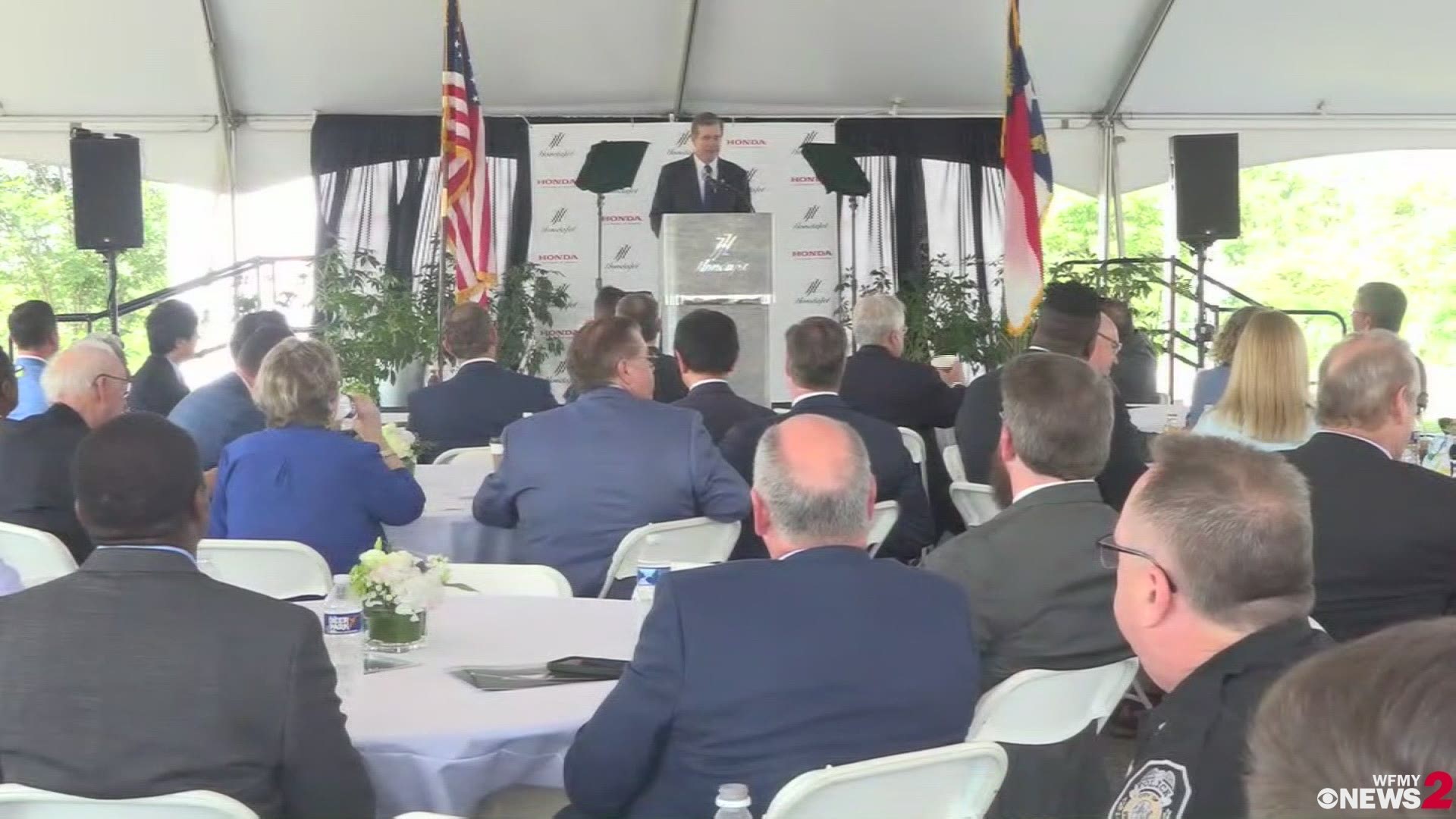 In May, Honda announced it would break ground on an 82,000-square foot facility on its Greensboro campus this summer, a $15.5 million investment. The building will house a new wing assembly process for the HondaJet Elite. The facility is scheduled to be completed by July 2020.

"I think first in-flight now has a new meaning in North Carolina as we continue to grow the aviation industry," Cooper said. "Right now, North Carolina ranks as the second-fastest growing aerospace cluster in the United States. We now have 200 aerospace companies and 400 suppliers. We're making the push for first. HondaJet is helping with that."

Cooper was in Greensboro for much of the morning, also speaking at a Medicaid expansion roundtable with citizens who fall into a 'coverage gap' after the ceremony. The roundtable was held at the Lusk Center on Summit Avenue.

A release from Cooper's office says expanding Medicaid in the state would provide an estimated 500,000 North Carolinians with access to affordable health care. It would also boost North Carolina’s economy by $4 billion and create an estimated 40,000 jobs. Senators Michael Garrett and Gladys Robinson were also on hand for the discussion. People came from as far as Jackson County to participate.

"This county alone would see over 35,000 get more health insurance and Cooper said of the economic boost. "It would create 2,700 more jobs."

For more information, go to healthcarecantwait.org