As Seen On TV

DeJoy was called by the Democratic-run House to testify about mail-in voting concerns. 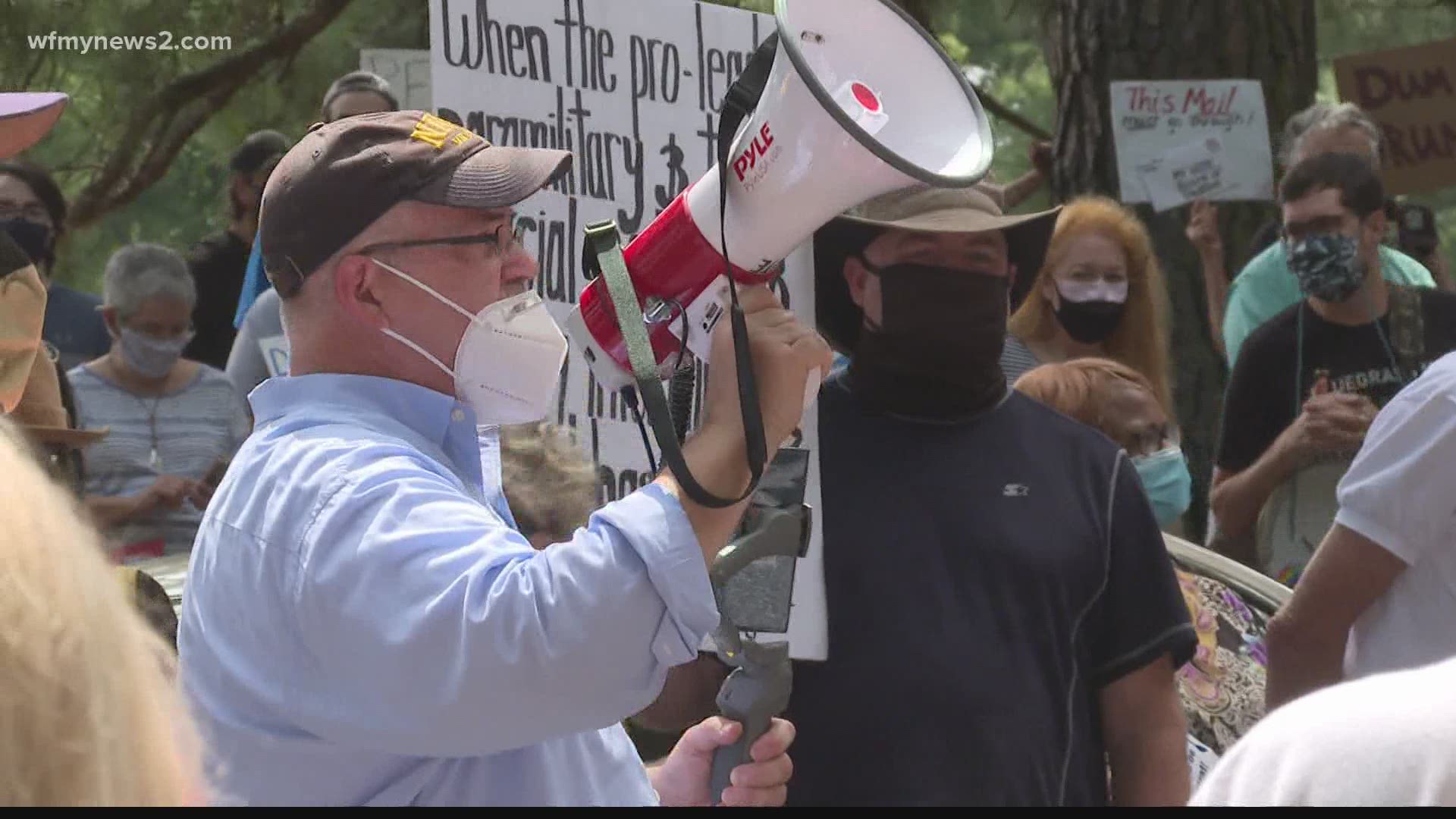 GREENSBORO, N.C. — More than 100 protesters gathered in Greensboro on Sunday afternoon outside the home of U.S. Postmaster General Louis DeJoy.

DeJoy's gated home is next to the Greensboro Country Club golf course. Protesters gathered on the neighborhood streets by his home for about two hours, holding signs, chanting, and listening to speakers.

Protesters voiced their concerns about recent changes under DeJoy's leadership to the U.S. Postal Service and what that means for mail-in voting ahead of the presidential election, which is just 79 days away.

Last week, the USPS warned states that ballot cast by mail might not make it in time to be counted, even if they are sent in by the deadline.

Sunday morning, the Democratic-run House requested that leaders of the U.S. Postal Service, including DeJoy, testify at an emergency oversight hearing on Aug. 24 about mail delays as concerns grow that the Trump White House is trying to undermine the agency during the coronavirus pandemic.

While it's not clear exactly where the protesters are from, some of them told WFMY News 2 they are from the Piedmont-Triad, while others are from out of town.

More than 100 protesters are gathering so far outside the home of U.S. Postmaster General Louis DeJoy in Greensboro as part of #USPSProtests #Greensboro @WFMY pic.twitter.com/Kpz7RuVSm9

After the protest dissipated around 3:30 p.m., a handful of protesters left their signs on the edge of DeJoy's property, wedging them on the property's gate and leaning them on a stone wall. The signs included messages like "Sabotage of the USPS is un-American" and "Save USPS."

Alix Matos, a protester from Cary, NC, attended the rally. She said she plans to receive her ballot by mail, and then drop it off in person, because she is worried about the viability of the mailing system.

"I am worried that Trump is intentionally slowing down the mail, removing mailing sorters, reducing staff, taking blue boxes off the streets so that he can slow down the ballots that are mailed in for the election," said Matos.

Dewaynia Wilson, who lives in Greensboro, was at the protest with her mother, who lives in Burlington. They are concerned about the USPS system for mail-in ballots, but also those who use it to obtain medications and pay bills.

WFMY News 2 has reached out the USPS Public Relations Manager for the Postmaster General for comment, and are waiting to hear back.

Officers with the Greensboro Police Department helped direct traffic, and the protests were peaceful. A spokesperson with GPD said there were no arrests during the protest.

1 / 9
WFMY
The rally happens as DeJoy is called by the Democratic-run House to testify about mail-in voting concerns.