The study showed there were 4,948 evictions in Greensboro in 2016, with 14 families displaced daily and 8.41 in 100 renter homes evicted each year. 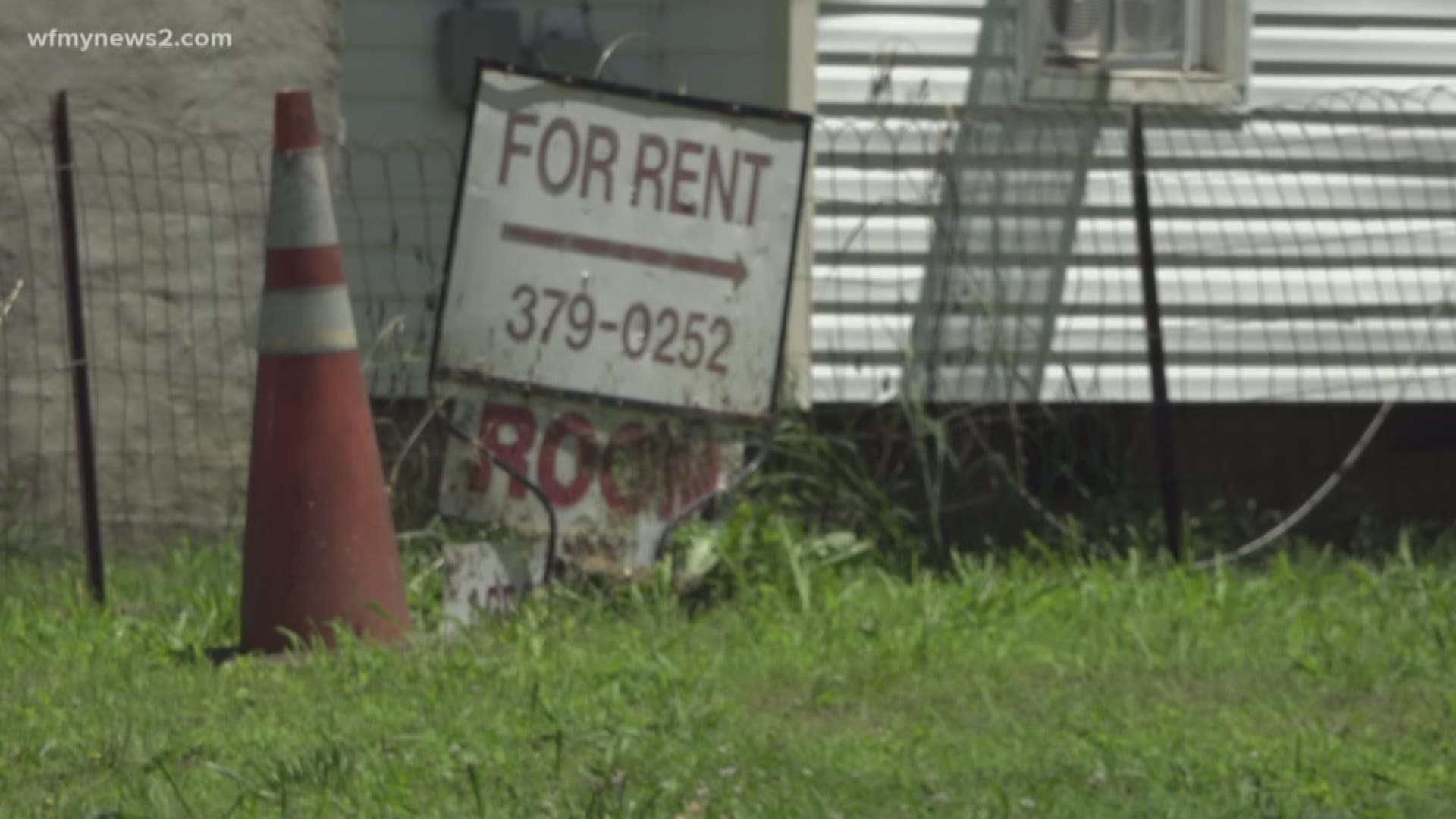 GREENSBORO, N.C. — It is a list that no city wants to be on, but Greensboro has found itself one of the top 10 cities with the worst eviction rates in the United States. Researchers at Princeton University's Eviction Lab ranked Greensboro 7th in the country because of nearly 5,000 evictions in 2016 alone.

The study showed the lack of affordable housing is the chief culprit but socio-economic problems like poverty, homelessness, healthcare and educational disparities have also contributed to the worsened condition of things.

"I have been having a lot of problem with trying to find housing," said Greensboro resident, 38-year-old Jermaine Johnson who recently became homeless. Johnson said he has tried over the past 2 years to find housing for his family.

"There's 10 of us. They want three times the amount everywhere you go and the shelters are all full," added Johnson, who has 8 children, including a newborn with his partner. The family was living with a friend until the April tornado destroyed that friend's home and set them back.

"When I go to some of these apartments they don't rent to me because of our family size." Although Johnson and his partner have income, it is not adequate enough to sustain the family, and secure the 4 bedroom space they need.

The Princeton study shows even if the Johnson's do find a place, the family's profile can land them on the eviction block. The study showed there were 4,948 evictions in Greensboro in 2016, with 14 families are displaced daily and 8.41 in 100 renter homes are evicted each year.

Jackie Lucas of the Salvation Army has been helping many people who have no place to call home to find one.

"They could be poor credit or poor rental history. It could be the individual family lacks 3 times the income to get into housing," said Lucas.

"We just haven't kept up with the cost of housing," said Brett Byerly who is one of the executives at the Greensboro Housing Coalition. GHC also helps people find affordable housing to rent or towards ownership.

"People are still making $8 to $9 an hour and instead of rent being $400, it is $800. All it takes is for one car break down, one medical emergency, one job loss or an unexpectedly high electrical bill," added Byerly.

Jermaine Johnson is just one of many, displaced by the Tornado or just fallen on hard times for other reasons, who have gone to seek help with permanent housing or temporary shelter from the Salvation Army.

"I just wish there was a person that can help with some type of housing or an apartment, an affordable apartment," hoped Johnson.

The city has created the Housing Our Community Task Force to help combat eviction problems and tackle the broader issue of affordable and sustainable housing. The Salvation Army is encouraging landlords to be part of the solution and relax some of the rules and restrictions.