In 2015, Greensboro registered a reading in it's water high enough to report to the EPA, and ever since then they have been trying to figure out how and where the chemicals got into the water. 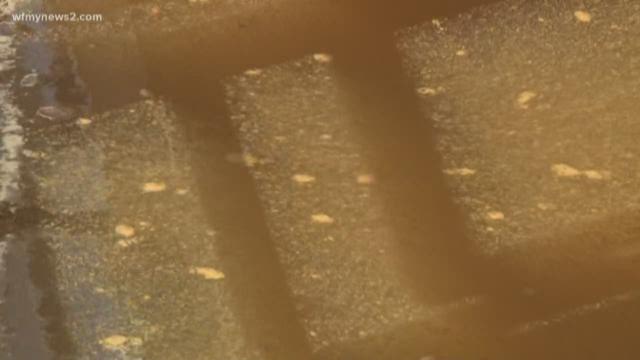 GREENSBORO, N.C. -- Both the City of Greensboro, and the EPA are watching levels of PFOS, and PFOA, which certain chemicals in the water supply.

As of now, neither believe anyone is in, or has been in danger because of it.

Regardless, they want to find where the chemicals came from, and get them out of the water.

The City of Greensboro, says PFOS and PFOA are part of a larger group of chemicals that can be found in popcorn bags, non-stick pans, outdoor clothing, and carpet cleaners.

Over the past few years, the EPA started looking at these chemicals as they learn more about them.

In 2015, Greensboro registered a reading in it's water high enough to report to the EPA, and ever since then they have been trying to figure out how and where the chemicals got into the water.

Research led them to the airport, and they think one pollutant could be from a foam used for decades to conduct fire drills in and around the airport

"They think that this is all tied to what they term "legacy events," said Kevin Baker, the Executive Director of the PTI Airport Authority over the phone.

Things, that happened years, and years ago -- because this chemical is not necessarily being used in today's foams anymore. Ever since that high reading, the city of Greensboro says its readings have been at safe levels.

Leaders are confident people were not affected.

"I have absolutely no concern that the water is contaminated. The water is safe to drink. The water is below all known, and newer health limits," said Steven Drew, the Director of Water Resources for the City of Greensboro.

The high reading reported to the EPA 3 years ago came in at "91 Nanograms per liter."

To put that in perspective, one nanogram per liter would look like a single drop inside a pool that's twice the size of an Olympic pool.