GSMNP rangers warn against dangers of elk during mating season

Rangers in the Smokies are warning against possibly dangerous elk. 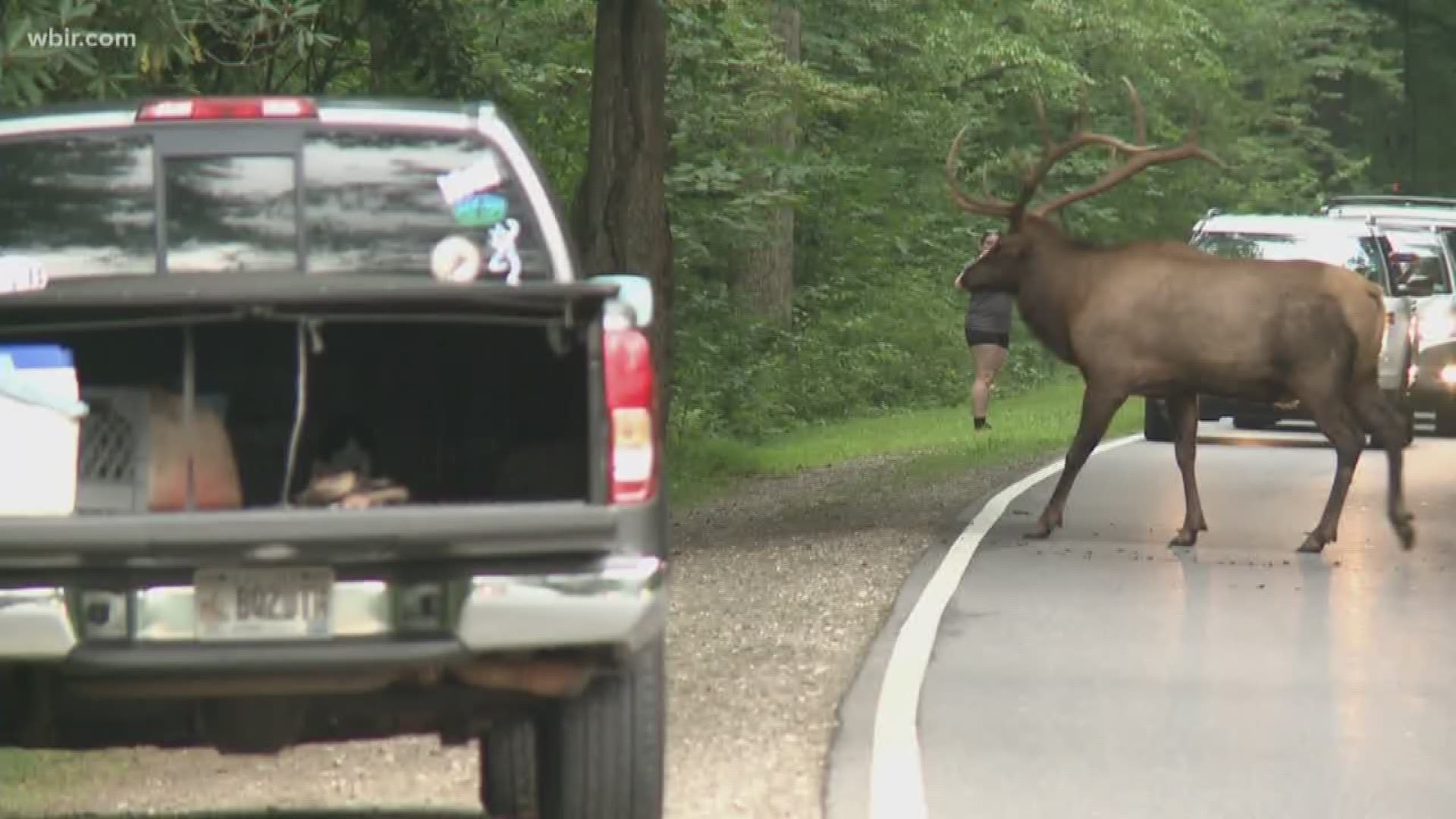 Gatlinburg — Park rangers in the Smokies are now warning visitors after a woman posted video on Facebook showing elk crowded around a tree this weekend.

She says their aggressive behavior forced a man to climb the tree for safety.

Elk are pretty vocal during the early fall.

Their mating season means a lot of bugling, and sometimes aggressive behavior.

Stephanie Steele shot video over the weekend showing multiple elk running a man up a tree on the Oconaluftee River Trail in the Smokies.

He had to call his son, who got park rangers to rescue him.

"What I saw in the video was at least two male elk kind of, sparring--that's using their antlers--they're kind of wrestling if you will," GSMNP spokesperson Julena Campbell said.

"These bull elk have tons of testosterone just coursing through their body," Campbell said. "So it kind of makes them act like teenage boys."

That can be a problem for hikers.

Campbell says Elk will sometimes charge at what they think are threats, using sharp antlers to take them down.

"That includes people, that includes vehicles, even inanimate objects like a tree," Campbell said. "They may decide they don't want them in that area."

She says the best thing to do is stay at least 50 yards away when you see an elk.

"We like to remind folks use the zoom lens," Campbell said. "Stay plenty of distance away--maybe a spotting scope or binoculars if you have that."

But if you do accidentally get too close, move slowly.

"So you want to do anything you can to show him that you're not a threat," Campbell said. "If you're able to back away slowly and move out of that area, you should do that."

Campbell says to be sure if you're hiking with your dog to be extra careful, because elk will almost automatically identify them as threats.

Make sure they're on a leash--that's the best advice.