'He's Gotten Away With It 5 Times Already.' Detectives Looking For Suspected Serial Thief 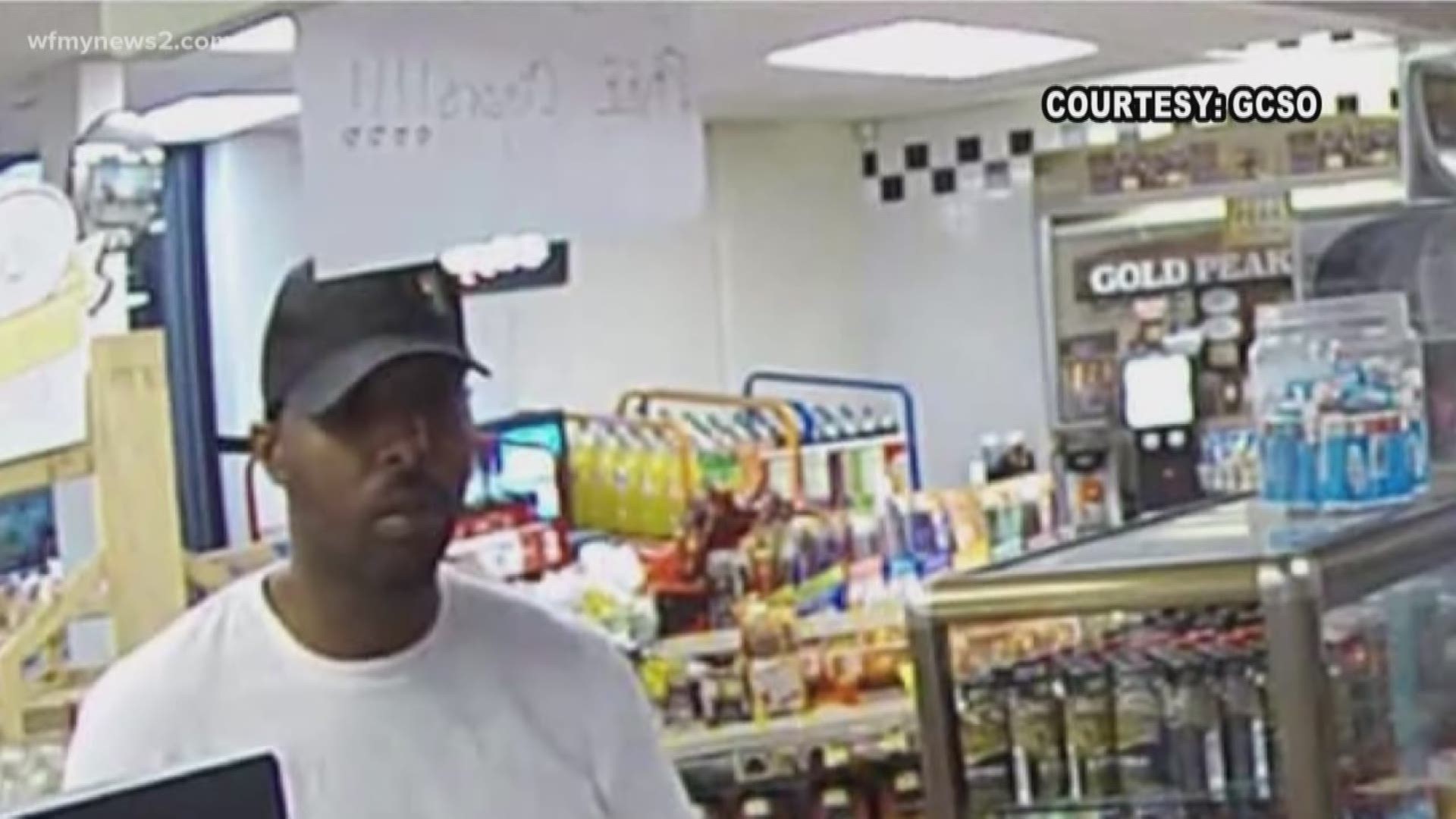 GUILFORD COUNTY, N.C. — Detectives with the Guilford County Sheriff's Office need your help identifying, and finding a wanted man. The man may have been involved in 'at least' 5 thefts of cash register drawers from restaurants and convenience stores throughout Guilford and Alamance counties since mid-May. "{The thefts} started May 16th, and we’ve had a total of at least 5 up to this point."

The most recent larceny took place last Thursday, at the Exxon Mobile Gas Station on E. Gate City in Greensboro. "He's targeting Subway restaurants, the case in Jamestown is a Mrs. Winners, and then the Greensboro Police Department has two convenience stores that were also hit." So far, the suspect has hit locations in Greensboro, High Point, Jamestown and Burlington.

No weapons have been displayed, and no one has been hurt. But Corporal Seals says it's not a matter of if he strikes again, it's when. Potentially, he could start using force. "Our main concern is; he's gotten away with it 5 times at this point," Corporal Seals said. "We’re concerned he’s going to get more bold and brave about how he goes about things, and potentially hurt someone or present a weapon."

Witnesses have caught him enjoying his criminal activity.

"In one of the cases a witness said he was laughing as he was running out the door, so he's taking advantage of small business owners in the community." "He’s blazing in the middle of the day, in-and-out in less than 30 seconds." Seals says he tricks store clerks by distracting them, then stealing from the register.

"In one instance he acted like he was going to buy a Coca Cola, put it on the counter and then 'oh wait a minute, I forgot, let me get a cigar," Corporate Seals imitated. "Then the clerk turns her back, leaves the cash register open, and he reaches across and grabs the register."

In multiple incidents he was seen getting into the pictured dark blue 1990's/early 2000's model Lexus LS400 with temporary North Carolina plates. The vehicle has noticeable paint chipping off its hood and roof.

The suspect has taken thousands of dollars in cash.

Anyone with information on this subject’s identity is encouraged to call Greensboro-Guilford County Crime Stoppers at 336-373-1000. Crime Stoppers callers remain anonymous and are eligible forcash rewards.