The student and cheer squad member said she was raped, and told her coaching staff. She says staff didn't report it, and is now calling for their immediate firing. 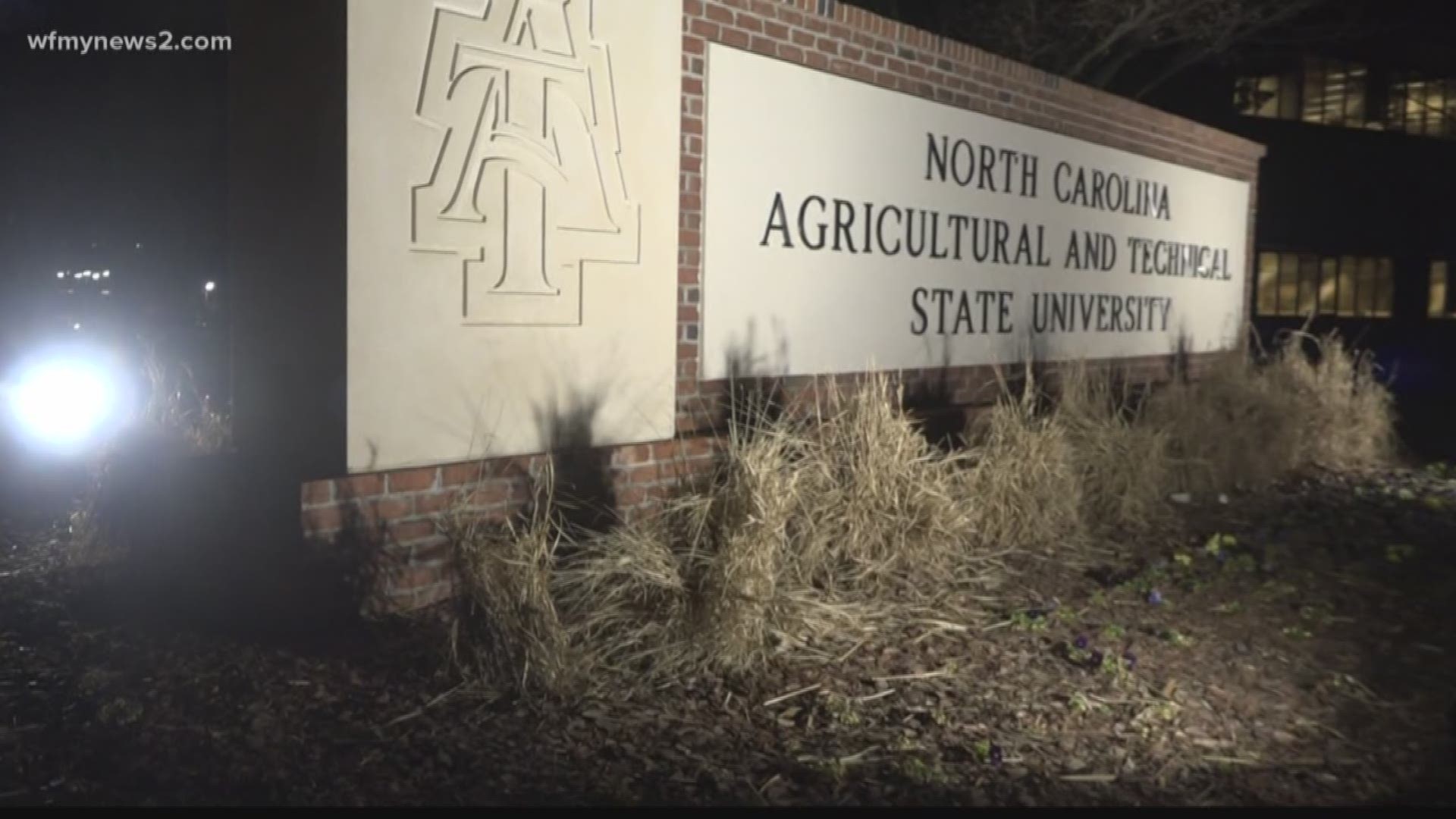 GREENSBORO, N.C. — A North Carolina A&T student and Blue Squad cheer team member came forward with her story in the form of an open letter.

The victim, Raina Gee, alleges she was raped by a graduating senior.

"It was a rape," Raina said. "I don’t like using sexual assault because it kind of dresses it up."

She says she felt like she had no resources.

"I was just crying and I just looked up on google 'what do I do I’ve just been raped?'"

She says she told the coaching staff about the sexual assault, and it's their obligation to report it within 24 hours of receiving the information.

"As a responsible employee you have 24 hours to report to Title IX when you have this information."

Raina claims the staff did not do so.

"There’s a time and place for tough love but when your cheerleader just got raped – you don’t need to be like 'oh its college, its normal.'"

She filed a police report on her own, and now it's been three months since the alleged rape. Raina wants her coaching staff fired immediately saying they acted with 'blatant negligence.'

"Y’all sweep a lot of cases under the run but you’re not gonna sweep me under the rug this ends with me," Raina said. "To me, coaches are supposed to be there not only to tell you to run bleachers or run a lap, they need to be there for you emotionally and my coaches failed to do that, they were not there for me emotionally."

It's been one week since the letter was published.

On Thursday, NC A&T's athletic department said the Blue Squad will not cheer at the basketball games Saturday and Monday while the University looks into the allegations and coaches handling of the situation.

Brian Holloway, the Associate Athletics Director said Saturday and Monday are the only games the Blue Squad will not be performing 'for now.'

The reduced activity will include the cheer program not performing during home men’s and women’s basketball games against Delaware State on Saturday, February 9 and Maryland Eastern Shore on Monday, February 11. It also includes no cheerleading practices.

North Carolina A&T Athletics’ primary concern continues to be the health and safety of our student-athletes. We hope the reduction in cheering activity will allow time for us to focus on the student welfare of our cheer program while also allowing our cheerleaders to focus on academics and other aspects of student life at North Carolina A&T.

The University released the following statement on the allegations:

“We are deeply saddened to hear of any allegation of sexual assault and take such allegations very seriously. Privacy laws prevent the university from publicly discussing such matters involving current or former students. The university will continue to pursue investigations regarding any claim and provide care and assistance to any victim of an assault in our community, as well as work with authorities to bring perpetrators to justice.”

She said she's happy to use her voice and speak out on behalf of other survivors.

"Anyone dealing with this please don’t think you’re not strong because its hard," Raina said. "It’s really hard because you have go through people saying that you’re lying, people bully you, people mistreat you because of what you’re going through and I just commend anyone going through this."