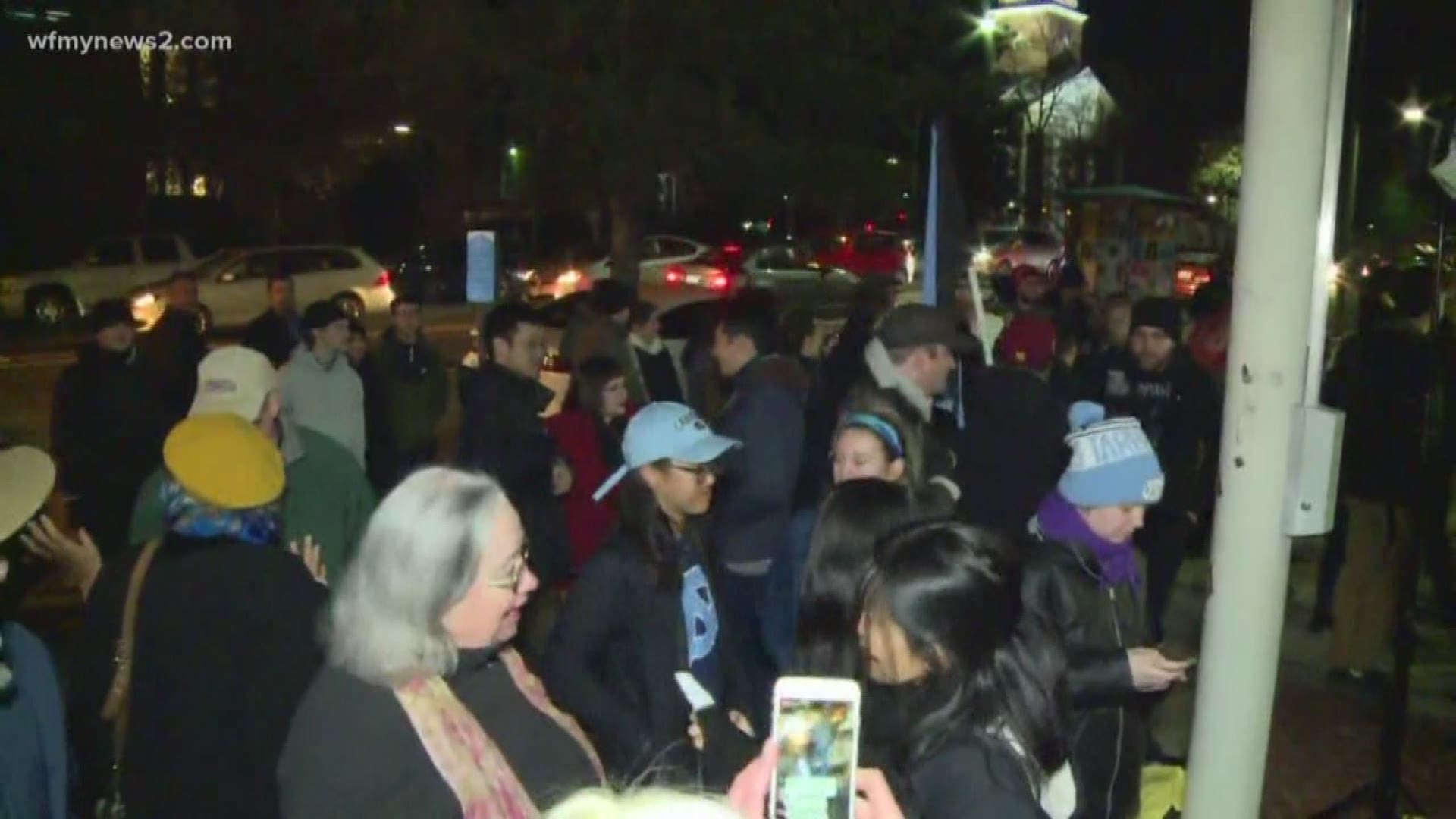 The monument was dedicated to the woman who Julian Carr described whipping in his speech when "Silent Sam" was originally dedicated.

The post also said this will only be the first time of many they will take down memorials.

"So here is what we promise to all involved. Put up those markers and memorials. You might have gotten this one back, but every time one goes up, we will rip it down. " ... Until North Carolina state law is upheld, any marker, memorial, or monument that goes up by any involved in the destruction of Silent Sam, LET THE LORD OH LORD BE OUR WITNESS, WE WILL DO, AS BEEN DONE TO US!!!" said the post.

The post even described how they took the monument.

"As we watched the little pig tailed antifa girl leave last Friday night and leave the non permitted memorial alone without permission from the campus or city, it became fair game," the post said.

In a release the Town of Chapel Hill police said the monument has been recovered and they are just trying to get in contact with the artist to return it.

"Chapel Hill Police received word from Orange County Communications (9-1-1) that someone was seen Friday night loading the plaque into the back of a pickup truck and driving away.  A short time later, that vehicle was stopped by an Orange County Sheriff’s deputy. The deputy seized the property and returned it to the Chapel Hill Police Department," said the Town of Chapel Hill police department.

WFMY News 2 has reached out to the group who put up the monument, and to ACTBAC and is waiting on a response.