Sal Gutierrez, Manager of East Coast Tactical and Surplus in Asheboro also said he's seen a spike in sales since the announcement. 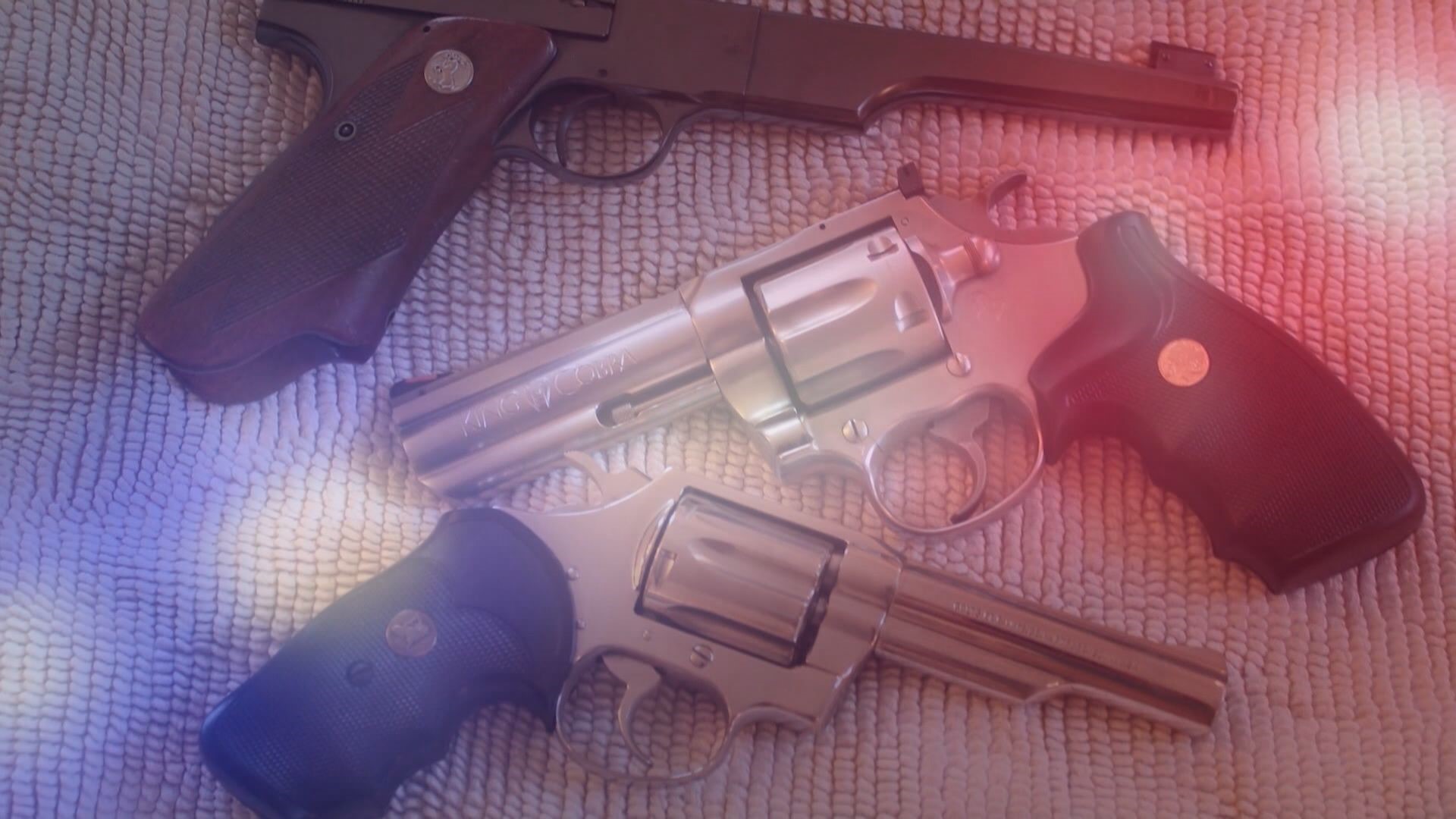 ASHEBORO, N.C. — President Joe Biden announced a series of gun control measures on Thursday afternoon, measures not everyone agrees with.

Sal Gutierrez is the manager of East Coast Tactical and Surplus in Asheboro. WFMY News 2's Jess Winters asked for his thoughts on the half-dozen executive actions.

"This is feel good acts to, you know, try to stop a problem that has deeper roots like community issues, family issues," Gutierrez said.

To curb mass shootings and every day violence Biden calls an 'epidemic,' he's calling for tighter restrictions on things like pistol stabilizing braces.

"Nothing I'm recommending in any way infringes on the Second Amendment," Biden stated.

Gutierrez disagrees. "It is absolutely an infringement, yes."

"A stabilizing brace for a pistol makes it a hell of a lot more accurate like a mini rifle and as a result it's more lethal," Biden said.

Gutierrez said those braces are designed for shooters who aren't able to properly hold a gun, like wounded veterans.

"The arm brace is designed for shooters who have disabilities who may not be able to properly hold a gun with two hands or maybe they don’t even have a second hand. If they take that away, what about people with disabilities these were designed for, that’s why they’re legal."

"The only industry in America that can't be sued, is exempt from being sued, is gun manufacturers," Biden said.

RELATED: EXPLAINER: How states are trying to tighten or loosen gun control laws

Agree or disagree, there's no disputing: gun sales are up.

"Yes we've gotten a lot of calls today and people coming in," he said. "Anything that could potentially be at risk has been purchased and will be for the next week."

“The epidemic of gun violence plagues our communities, taking innocent lives and forever leaving a devastating impact on the loved ones of those lost. Strong, decisive action to end gun violence is long overdue. I applaud President Biden’s Executive Orders that take critical steps to save lives by stopping the spread of so-called ‘ghost guns,’ helping ensure that dangerous people cannot access firearms and leading an evidence-based, whole-of-government initiative to reduce community violence. As we take these steps, it is imperative that the Senate pass the bipartisan background checks bills that were passed by the House in March. More than ninety percent of Americans agree, it’s time to work together to pass bipartisan background checks into law to advance safety, security and justice in America.”

“Today, President Biden made his intentions to circumvent the Constitution and the Second Amendment rights of countless, law-abiding patriots in this country very clear. Instead of turning his attention to the crisis of his own making at the southern border, or the continued increase of violence in our nation’s cities, he now believes that pushing at the margins of the Second Amendment is a more important undertaking. The actions are completely misguided. Instead of proposing legislation for states to curtail gun ownership and infringe on due process and Second Amendment rights, he should be encouraging states to enforce their laws and prosecute violent criminals to the fullest extent of the law. Instead of throwing money at ‘community violence interruption programs,’ the Biden Administration should seek to withhold federal funds to jurisdictions that fail to protect their citizens and uphold current law.

“The Second Amendment clearly states that the right to keep and bear arms shall not be infringed, and President Biden would do well to remember that. Crime is spiking across America’s cities, but this Administration would rather let chaos reign while law and order – and especially the rights of Americans – wither and expire. I stand alongside my Republican colleagues in the People’s House in opposing this failed strategy and wrongheaded Executive actions.”

By appointing the anti-gun Merrick Garland as attorney general and nominating David Chipman —  formerly a senior staffer at the leading gun control lobby —  to head ATF, Biden has made clear his sights are set on restricting the rights of law-abiding gun owners while ignoring criminals and foregoing substantive measures that will actually keep Americans safe. Further, the proposals Biden announced tonight could require law-abiding citizens to surrender lawful property and enable states to expand gun confiscation orders. The NRA will fight this nomination and ill-conceived executive actions.