Greensboro City Council voted unanimously to remove Collins from the board. Dr. Rosario said Mr. Collins reached out to apologize, and that she accepted his apology. 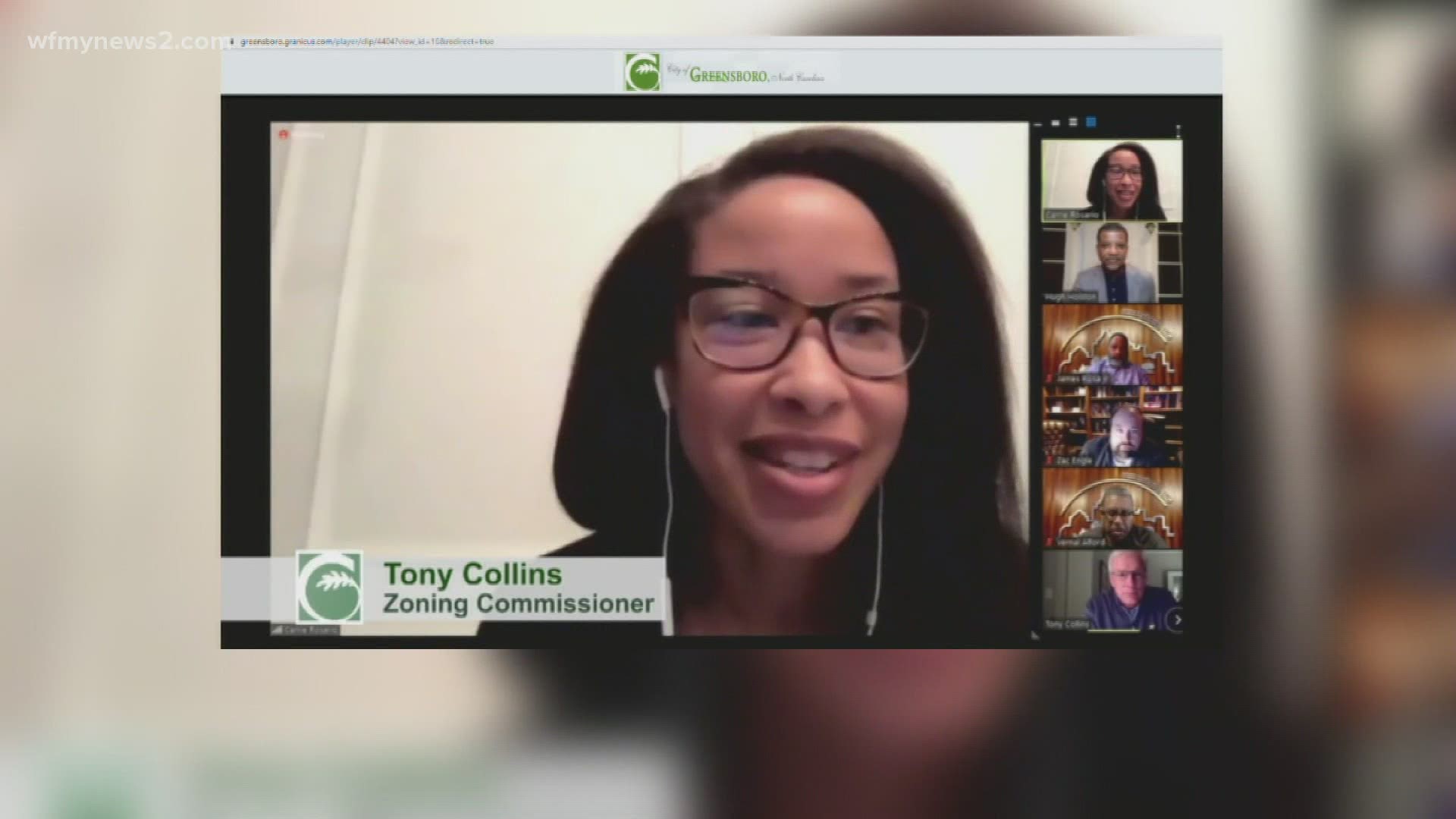 Collins never did, and at one point, referred to Dr. Rosario by her first name, Carrie.

The tense exchange happened during a four-hour Greensboro Zoning Commission meeting live-streamed on April 19. The following night, Greensboro City Council voted unanimously to remove Collins from the board, after a half-hour dissection of the encounter that broached the topics of race, gender, power dynamics, and respect.

Dr. Rosario's story has received international attention, including coverage by The Washington Post, Daily Mail, Inside Edition, and Yahoo News.

WFMY News 2 spoke with Dr. Carrie Rosario about what happened. We tried to reach Mr. Collins by phone and Facebook message, but have been unable to reach him for comment.

Dr. Carrie Rosario is a Greensboro citizen and an associate professor of public health education at UNC Greensboro. She holds a DrPH, a professional doctoral level degree in public health.

Dr. Rosario, who is a Black woman, introduced herself as "Dr. Rosario" to the Greensboro Zoning Commission before explaining her opposition to a planned development near her home, citing concerns including traffic safety, water pollution, and other environmental issues.

Toward the end of her comments, former zoning commissioner Tony Collins, who is a White man, responded to Dr. Rosario's comments, saying that her comments were not relevant to the proposal at hand.

Mr. Collins: "If Mrs. Rosario has something about --,"

Mr. Collins: "If Mrs. Rosario has something about --,"

In all, Dr. Rosario corrects Collins five times, asking to be referred to with her doctoral title, which he never does.

Following the exchange, zoning board members came to Dr. Rosario's defense, reminding Collins to be respectful, referencing her as "doctor."

Dr. Rosario told WFMY News 2 in an interview that she asked to be referred by her doctoral title due to past experiences she has faced, with the hope that her concerns about the planned development would be taken seriously.

"I introduced myself as Doctor Carrie Rosario intentionally because, as a Black woman, I often am dismissed in a lot of different spaces. Some of that is because I am young looking," she said.

During the back-and-forth, Dr. Rosario said she was hurt, but not surprised.

"Unfortunately, this is not the first microaggression I have experienced. And so like many times before, it was very frustrating. You internalize that, it wears on your body. I could feel that frustration internally building. And it hurt, that I'm in this public forum trying to do right by my neighborhood, and advocate for our needs, and our voices, and hearing him, feeling disrespected and just belittled in front of the viewers of this live broadcast."

Dr. Rosario said Mr. Collins reached out to apologize, and that she accepted his apology.

"He reached out on Wednesday morning. I didn't recognize the number. He did leave a voicemail message, sharing his apologies, and that he did resign from the commission," she said. "This morning, I returned the phone call to Mr. Collins. He did not pick up, but I let him know I accepted his apology, because I let him know I hold no ill will against Mr. Collins. This is an enlightening moment we can learn from."

One day later on April 20, the tense exchange was brought up at the Greensboro City Council meeting by council member Sharon Hightower.

Hightower opened the discussion by describing it as "White privilege and entitlement. And what I saw last night at the zoning commission meeting was White privilege at its ultimate finest. It was absolutely disrespectful... to dress down an African-American female was unacceptable, and I watched it."

What followed was a roughly 30-minute discussion between the Greensboro City Council that ended in a motion passed to remove Mr. Collins from the zoning board, and write a letter of apology to Dr. Rosario.

They played the video exchange at the council meeting, with everyone on council and in the audience watching.

"This is ultimate disrespect of Black people by one that is White. And he feels entitled and privileged to say and behave, whatever, with no consequences, and this is what we deal with as African-Americans, I get this regularly from other folks, so I know how this feels," Hightower said. "To have you dressed down in a public forum is an ultimate insult, and this is nothing but history repeating itself over and over. It's Jim Crow over and over."

"The theme that has been one of the driving forces for African-Americans is education," Dr. Wells said. "I think teachable moments have consequences. Sometimes folks don't learn until they really get hit."

They also discussed the power dynamics at play and what message this interaction would send to future citizens who want to speak at city meetings.

Mayor Nancy Vaughan said, "Quite frankly I find it heartbreaking... you have a woman pleading to be recognized for her worth, and she was just shot down... the disrespect escalated."

Dr. Rosario told WFMY that she is happy Mr. Collins was quickly removed from the board and hopes that it will send a message to the community.

"I'm happy the city council took swift action to remove Mr. Collins, not for any ill will against Collins, but mostly because I want people to feel comfortable engaging with city leaders and I think now that might be something more possible," Dr. Rosario said.

As for her message about treating others with respect: "Whether they're a physician or a nurse, or the janitor, or whatever their experience is or academic training, it's not up to us to dictate who holds value and who we should respect or listen to, whether they have a title or not."