List of roads from across the Triad areas that are closed due to flooding. 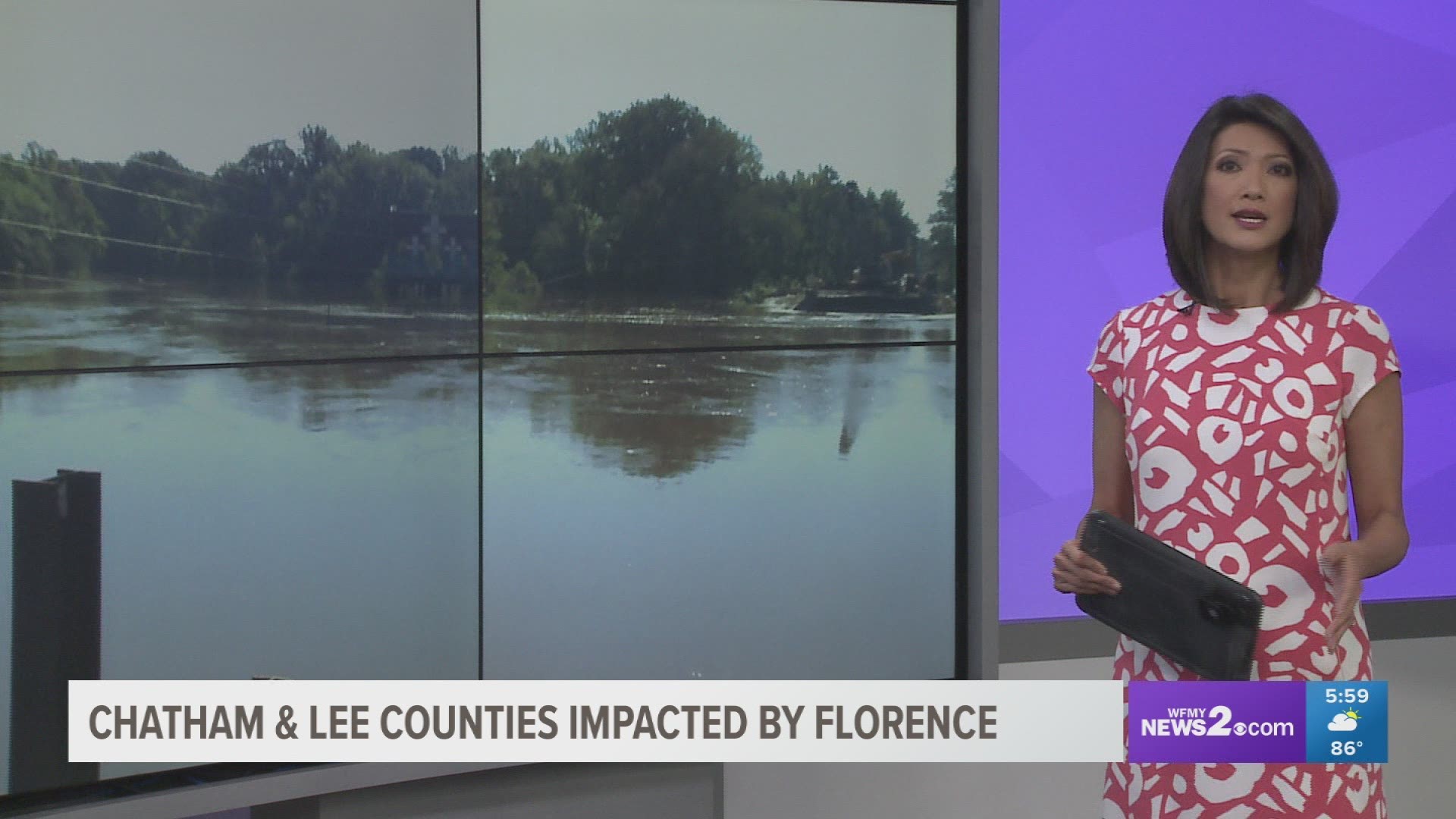 •Bladen and Wayne due to the flooding and/or washout of multiple major travel routes.

•Brunswick, Columbus, Duplin, Pender, Robeson, Sampson, and Scotland due to the flooding and/or washout of multiple North Carolina and secondary routes.

Remember not only is it dangerous, but it's also illegal to drive around or move barricades on closed roads. Police, Highway Patrol and Sheriff's deputies will be watching those areas closely. If a road is marked as closed or it's flooded, don't try to navigate it!

A number of main thoroughfares in southeastern North Carolina remain flooded or blocked by downed debris such as trees and power lines. They include:

• Onslow County – Section of U.S. 17 due to pavement washout.

A number of main roads in the northern coastal region are also impacted, including:

• Hyde County – N.C. 12 on Ocracoke Island remains closed from the Pony Pen north to the Ferry Dock due to protective dune loss and pavement damage; U.S. 264, N.C. 45 and N.C. 94 have sections of flooding, but remain open.

• Pasquotank County – N.C. 344 has sections with flooding but remains open.

Main roads impacted in central North Carolina, including closures from flooding, downed trees and powerlines include:

• Wayne County – N.C. 55 closed between Seven Springs and Mount Olive due to washouts; U.S.13 west of Overman Road is closed due to flooding; I-795 northbound lanes closed south of the Goldsboro Bypass due to slope failure; and N.C. 111 southbound closed from Neuse River flooding.

• Wilson County – N.C. 222 closed due to flooding south of Stantonsburg, and U.S. 58 is closed north of Bartie Road near Stantonsburg.

• Scotland County – U.S. 401 is impassable in multiple locations throughout the county; U.S. 401 Business in Laurinburg is closed; U.S. 501 is closed due to high water in three locations near the Robeson County line, as well as at the Hoke/Scotland County line due to partial roadway washout at Drowning Creek (headwaters of Lumber River); and U.S. 74 Business is closed in east Laurinburg due to flooding near the approach to a bridge.

Check for Updates on Road Conditions:

Check For Updates on Road Closings:

Check for Updates on Road Closings:

PHOTOS: Flooding, Damage From Florence Lingers On Monday In NC