Made In The Triad: 2018 World Cup Security Device

Team USA won't be playing this year in Russia, but a piece of the Triad will be there representing more than 5 thousand miles away from home. 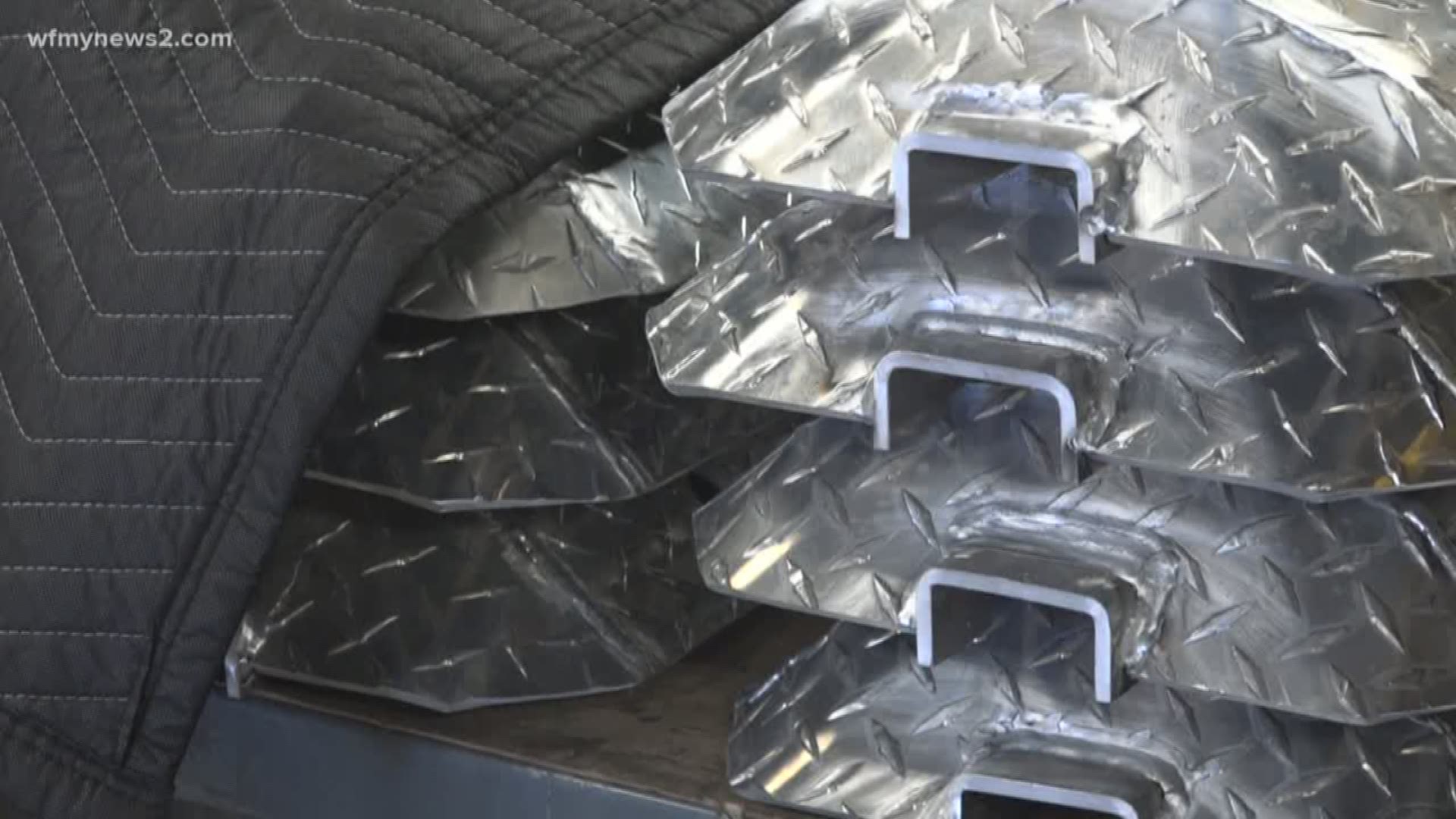 GREENSBORO, N.C.-- A Greensboro-based company's work will be used for security at the 2018 World Cup in Russia.

From the outside you wouldn't know it, but it's crunch time for Mechanical Specialty, a machining and fabrication company.

"Basically there is not a lot of time. you are looking at three weeks from now."

David Smith and his team are tasked with building the shells of a security device called the Locam Under Vehicle Inspection System.

They'll be used outside stadiums at the 2018 World Cup.

"To go to the world cup would be kind neat but to have your product there is even neater in some ways you know?" Smith said.

The device is just what it sounds like--a camera that looks for contraband and other items underneath a vehicle.

The search happens in seconds.

"It will stitch together photographs it will take still shots and a video." Smith said.

Every car will have to drive over it.

"They are just trying to make sure nothing gets in that they don't want to get in." Smith explained.

The building process starts with the design--a series of individual pieces.

"There would be like a tab would fit into the rectangle and that way it would fit together like a puzzle."

Then the metal pieces are cut using a water jet.

"It uses an abrasive. So it's takes garnet that looks like sand and through a venturi water passes by through that whip and it will cut up to six inch steel plates."

From there, the pieces are bent using a press brake and finally they're welded together to make one unit.

The 20 units will then be outfitted with a light and two cameras.

"I'm going to watch the World Cup this year I'll put it to you that way." Smith said as he laughs.

The goal is to have them complete within the next week.

"Kinda neat that you can make something here in itty bitty Greensboro and it's going all over the world."

Mechanical Specialty was commissioned by Advanced Detection Technology-- a company in Mooresville.

This same technology was used at The Masters golf tournament. It's also used at Panthers games, the Mexico border, airports, and army posts--anywhere you can think that needs heightened security.