A study published in the American Journal of Preventive Medicine Thursday found millions of Americans are searching for and illegally purchasing marijuana online every month. 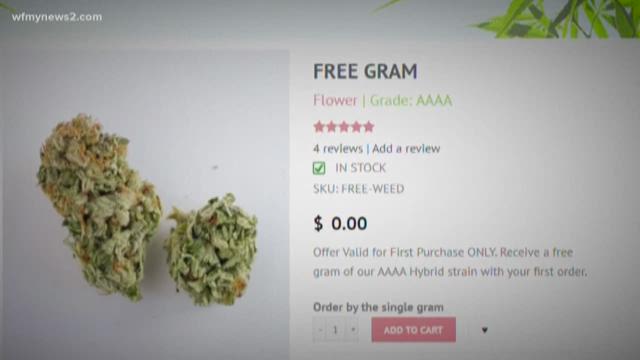 The study published in the American Journal of Preventive Medicine Thursday found millions of Americans are searching for and illegally purchasing marijuana online every month – an incredibly unregulated, shockingly accessible, black market that can fit in the palm of your hand.

“They’re trying to provide marijuana at scale to the entire United States and in an illegal way,” said epidemiologist Dr. John Ayers who led the study.

Dr. Ayers and his team analyzed 12 years of online searches for mail order marijuana. They found up to two million people every single month are looking to buy weed online, including in the Carolinas.

Even in states where marijuana is legal, buying and selling it online is not.

“This isn’t something where we need another billion dollars of research,” Dr. Ayers said. “We identified problem, and there’s a simple solution, let’s just fix it.”

He said many of the consumers are kids. The online pot shops don’t ask for your age, or any sort of verification at all. But don’t get any ideas. Police are onto this, too.

Three people were arrested this week in York County when they tried to have seven pounds of weed delivered to them.

Dr. Ayers and his team said this blatant black market is an epidemic, and they’re calling for a change –fast.

“Google, Bing and others can fix the problem for us by simply purging these providers from the search results,” he said.