Miracle: 12-year-old had no pulse for 5 minutes. Then, strangers saved him from nearly drowning at Holden Beach

What happened to 12-year-old Levi Floyd is nothing short of a miracle. The King boy was playing in the ocean, when suddenly, he was face down in the water. 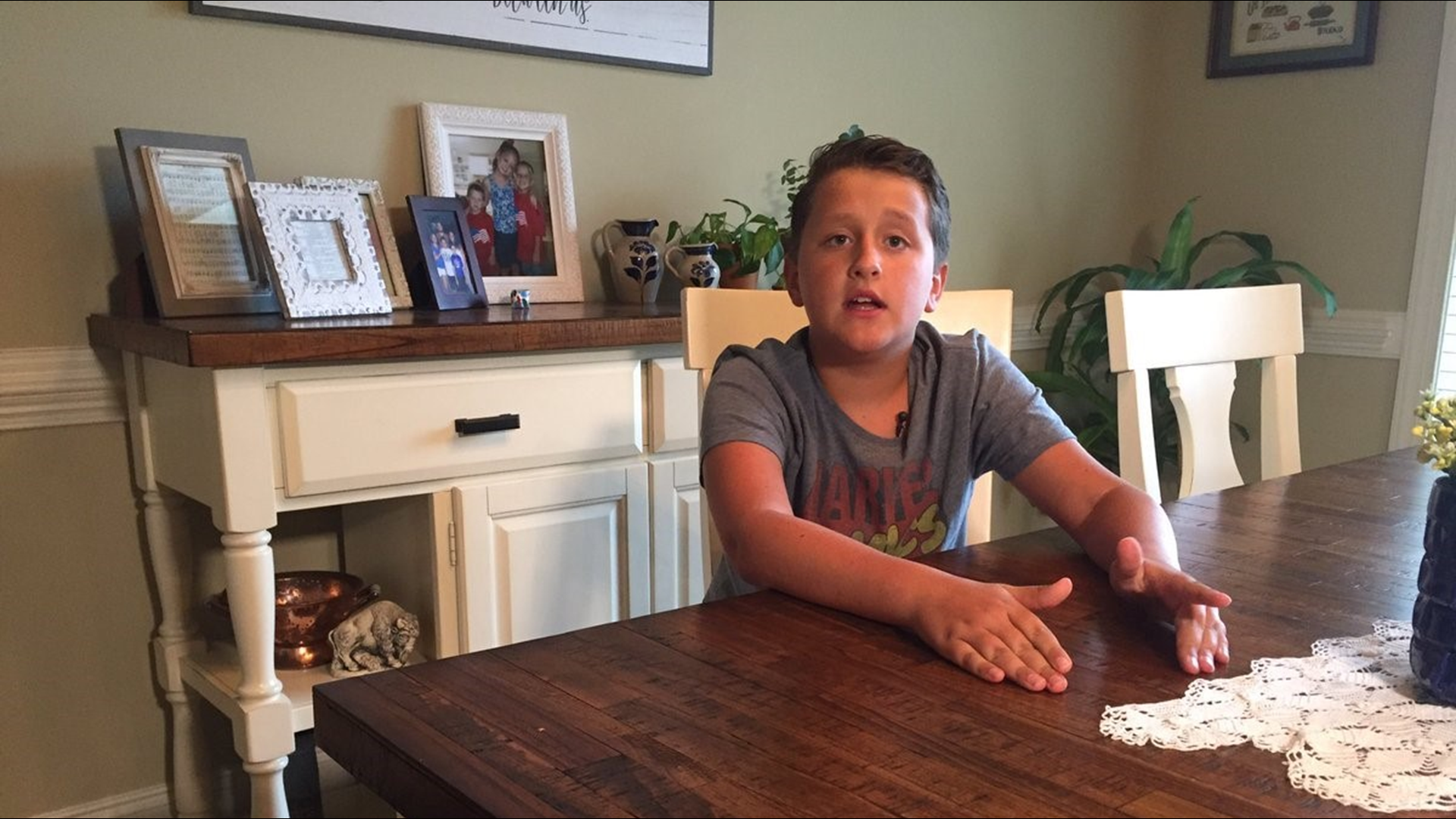 KING, N.C. — 12-year-old Levi Floyd's family says what happened to him last Saturday was nothing short of a miracle. The King, NC  family took a vacation to Holden Beach. Levi was playing in the ocean with his cousin. The last thing he remembers is diving in.

"I might’ve come back up, but I ended up sucking in water. I just…I pretty much just drowned," said Levi. Levi was face down in the shallow end - motionless.

His father, Jarret Floyd, rushed to him, and pulled him ashore. Levi's face was blue and purple. Panic set in for his mother Lyndsey. "In a second, you think 10 million thoughts. I had no idea that a second could last that long."

Two strangers, including a life flight nurse, worked to revive him.

Just when the Floyds felt all hope was lost, they say they clung to their faith.

"In the middle of the storm, in the middle of certain death, my babies thought to praise God and to worship him and just pray for him because that's all we know to do," said Lyndsey.

Then, after five minutes without a pulse, they got one. On the ambulance, the Jarret says Levi regained consciousness, and recovered at the hospital.

"The only thing that is wrong with me now is my chest hurts and my rib hurts if you press on it," said Levi.

They say to be back together - safe and sound at home - after this brush with death is a blessing they can barely believe.

"From beginning to end, I am not exaggerating. I want everyone to understand - this is - I take nothing away. God put those people there. Those people were in the right place at the right time," said Jarret.

'The main thing is no one was injured.' See the moment an explosion obliterated the KFC in Eden

Amazon to train third of US workforce with technical skills