Murder Charge Dropped Against Triad Dad in Death of His Daughter

Randolph County District Attorney Andrew Gregson says he's never seen a case like this before. As soon as his found out about the medical condition, he dropped the charge against King. 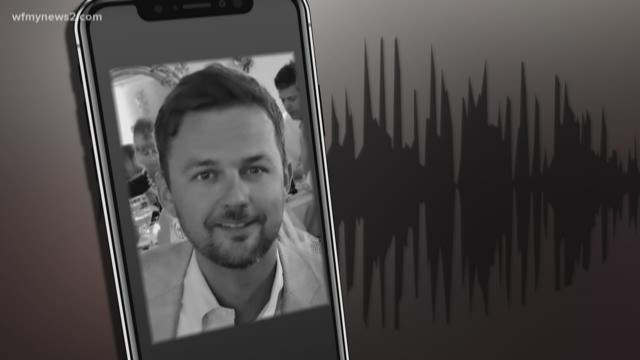 ARCHDALE, N.C. -- A murder charge against a Triad father in the death of his 11-week-old daughter has been dropped. New Randolph County Court documents reveal baby Harper King died of a rare medication condition. Her father, 23-year-old Shamus King was released from jail Monday.

King was arrested by Archdale police in late September. He was in jail for more than 5 months, only being released after the murder charge was dismissed.

The document also states the condition was "not obvious and was only determined by the pathologist after months of study and examination of tissue slides from Harper King's autopsy."

Randolph County District Attorney Andrew Gregson says he's never seen a case like this before. As soon as his found out about the medical condition, he dropped the charge against King.

"In this country it's supposed to be innocent until proven guilty," says Keith Ayotte, one of Harper's grandfathers.

Ayotte's daughter is Harper's mother. He told WFMY News 2 he had always been skeptical Shamus was involved in his granddaughter's death. He says Shamus served several years in the U.S. Marine Corps and was honorably discharged before coming back to North Carolina.

"I don't even know how to wrap my head around somebody being accused of something so brutal and sitting in jail for 5 or 6 months just waiting," Ayotte explains. "His life was basically on hold."

Ayotte says he spoke to Shamus while he was in jail.

"Shamus kept his head up and was 100% he was going to be cleared in this and he was."

Ayotte worries the truth might have come too little, too late for Shamus. He says the initial reports of his arrest spread like wildfire on social media. He thinks Shamus is due an apology.

"My granddaughter is the only one that freed him. She spoke beyond the grave and gave the pathologist the strength to find what was going on with her."

"We are glad that he's innocent," Van Kirk said over the phone. "We are glad she didn't die the way we were told she did."

Van Kirk told WFMY News 2 in September that Harper's organs were donated, calling her a "superhero."

WFMY also spoke with King's attorney, Taylor Brown. He says King has maintained his innocence from day one. But, it took this discovery from a medical examiner to free him of first degree murder.

"We were fortunate enough to have a pathologist who understood that, and was brave and have to contact the DAs office and inform and assistant district attorney here in town that, this could not have been not accidental, and it was in fact something that was genetically natural," said Brown.

Brown also said in his time as King's court appointed attorney, he'd done extensive research on "Shaken baby syndrome." He determined there had been other cases around the country were the initial diagnosis of SBS was incorrect.

"It is extremely frightening to know that this could happen to anybody. And in fact if you spend 10 minutes on the Internet, you will find out that it is happening all over the country," he said.