The Summer Learning Choice for NC Families bill would offer six weeks of in person learning to students who struggled with remote learning. 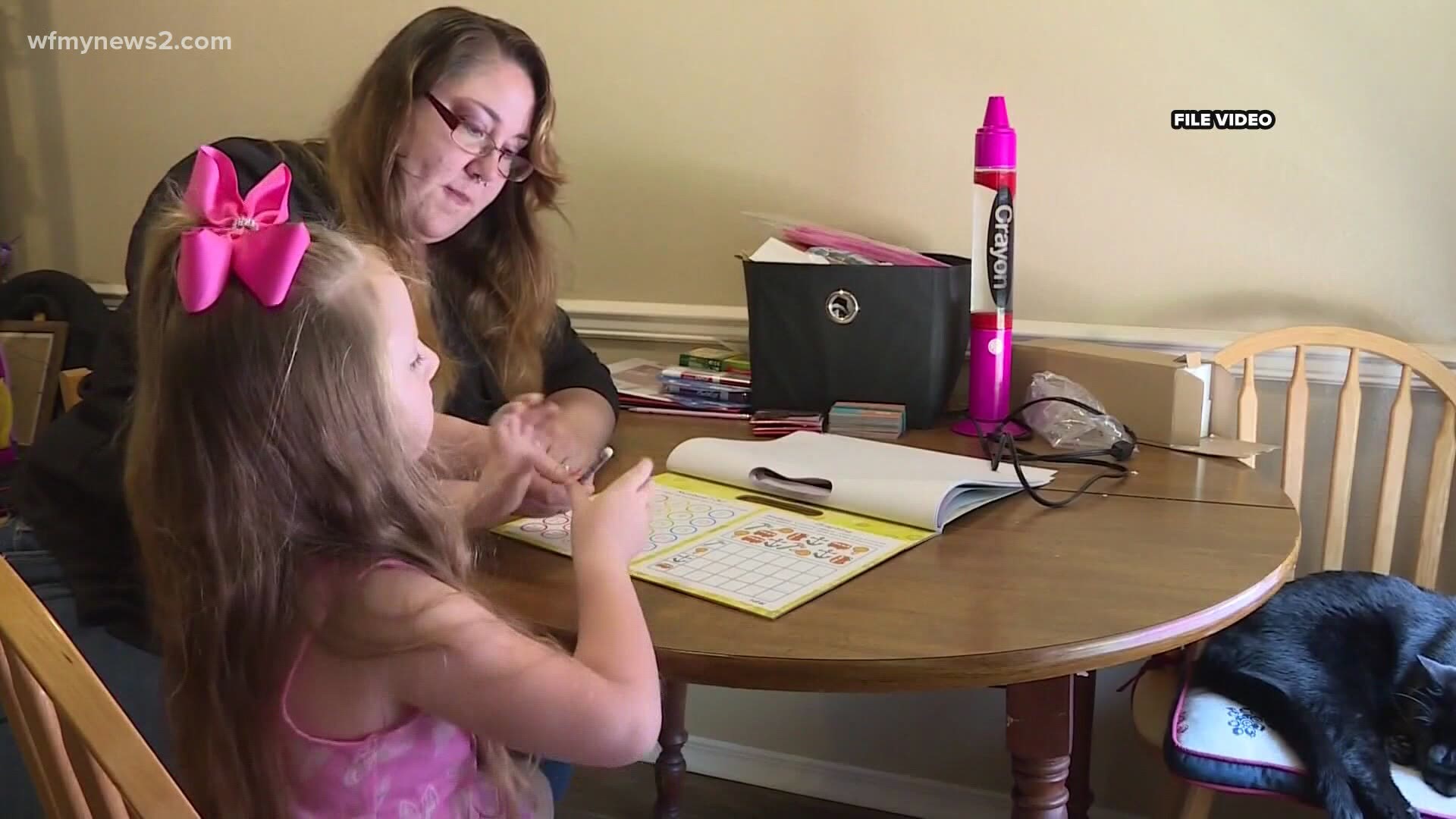 "(The pandemic has) taken a huge toll on these kids and I really don’t think that we’ve taken that into consideration," Shannon Bullion said.

Bullion has a first grader and a 12th grader in Randolph County Schools.

She's seen their grades improve since they returned to some in-person learning.

"She went from I think being below her grade level," Bullion said of her younger daughter, "She was not hitting the mark and now she’s one of the top readers in her class."

"After seeing that that was not really the best choice for her, with some convincing and a few arguments, she agreed that going back in person was probably best," Bullion said, "I think to be able to ask questions in real-time, to be able to get real feedback in the moment has helped her confidence."

Bullion said she would consider enrolling her daughters in the summer learning program if it goes into effect and if their grades are still suffering at the end of the year.

"If she’s not hitting the mark to be ready for second grade, I would really much rather her have the opportunity to do a summer course to be able to make sure that she is fully prepared for the next grade level," Bullion said.

The program would require districts to identify students who are at risk for academic failure and contact their families. Parents would have the final say on whether their students participate in the program.

Other students, who may not be considered at risk, can enroll if space allows.

Districts would make a plan for how to implement the program and submit it to the state Department of Instruction at least 30 days before the last day of classes.

The summer school program would not hold class on Saturdays and would offer transportation and meals to students.

Governor Cooper will now decide whether to sign it into law or veto the bill. If signed, it would go into effect immediately.