Berger compared the people who toppled the statue to 'violent mobs' and said their actions won't heal racial injustice. 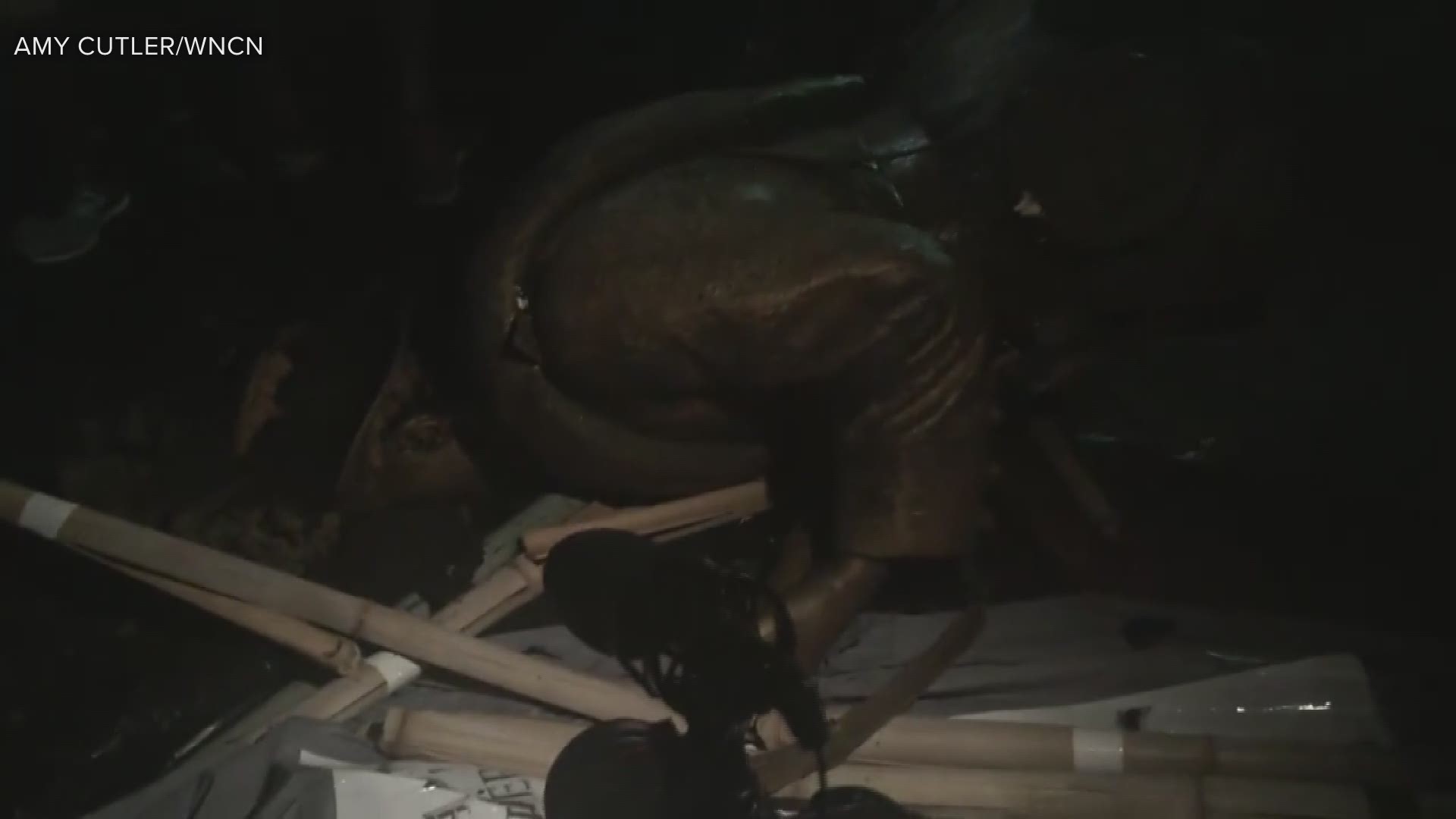 RELATED | 'Silent Sam' Torn Down During Protests At UNC

Berger said the following in the full statement, “Many of the wounds of racial injustice that still exist in our state and country were created by violent mobs and I can say with certainty that violent mobs won’t heal those wounds," said Berger. Only a civil society that adheres to the rule of law can heal these wounds and politicians – from the Governor down to the local District Attorney – must start that process by ending the deceitful mischaracterization of violent riots as ‘rallies’ and reestablishing the rule of law in each of our state’s cities and counties.”

HERE'S HOW OTHER LAWMAKERS RESPONDED:

“There is no place for the destruction of property on our college campuses or in any North Carolina community," Moore said. "The perpetrators should be arrested and prosecuted by public safety officials to make clear that mob rule and acts of violence will not be tolerated in our state.”

Monday night, Cooper said he "understood that many were frustrated by the pace of change and he shares their frustration, but violent destruction of public property has no place in our communities."

They also said UNC-Chapel Hill leaders and police are reviewing evidence and conducting interviews "that will inform a full criminal investigation."

One person who attended the rally was arrested.

"Silent Sam" will be discussed for the first time in a state meeting on Wednesday. UNC officials said their hands were tied by a 2015 law that essentially prohibited the permanent removal of "Silent Sam" and limited the relocation of similar Confederate monuments on public property.