The North Carolina Division of Employment Security wrote several letters of overpayment to Renee Skudra, leaving her in shock. 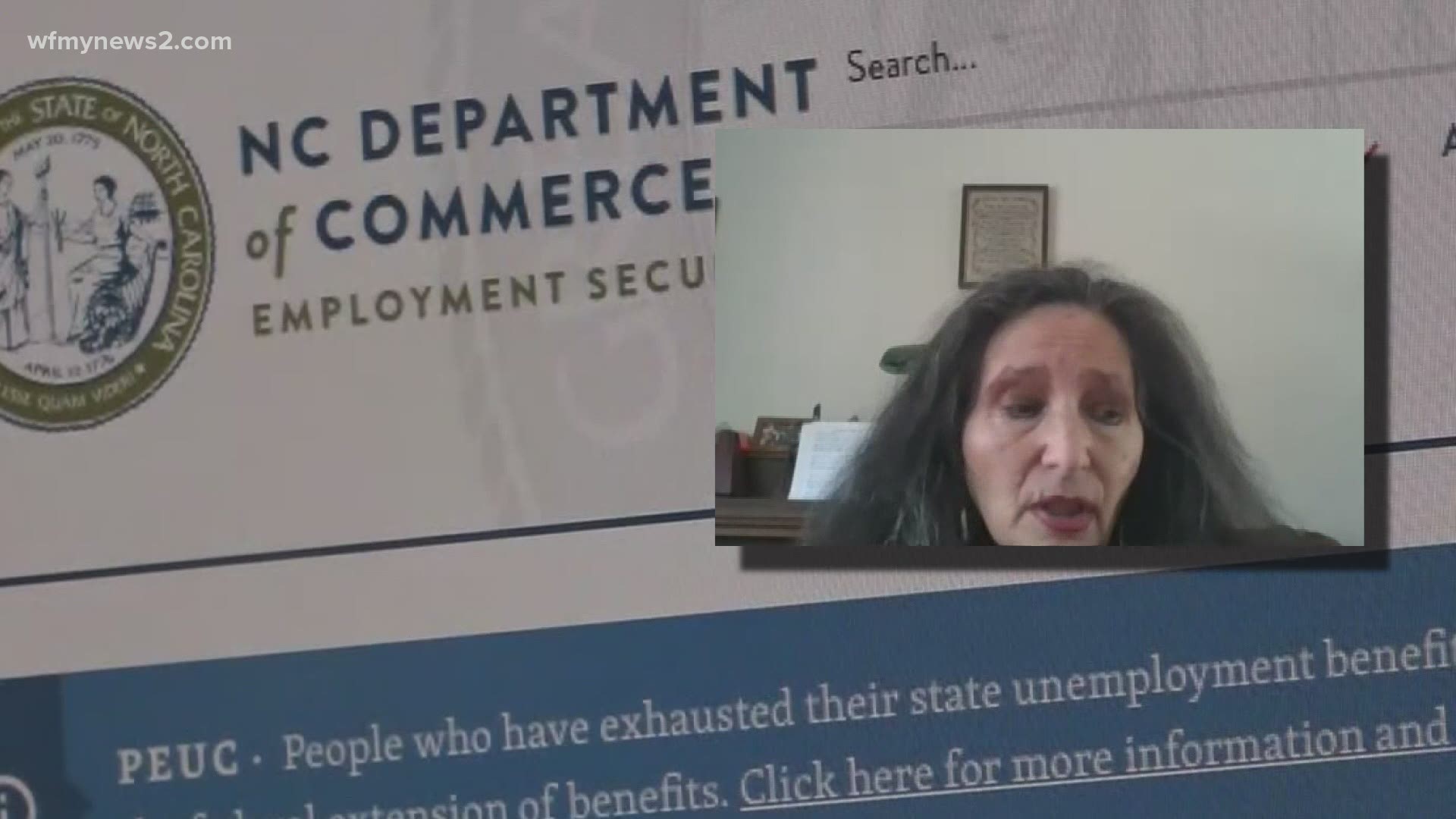 GREENSBORO, N.C. — UPDATE: Renee Skudra's attorney said the NCDES reversed its 'redetermination' and she no longer has to pay back the nearly $23,000.

A Guilford County Schools substitute teacher has been collecting unemployment benefits since the beginning of the pandemic when schools shut down. So, for about 13 months altogether.

Then last week, Renee Skudra got letters from the North Carolina Division of Employment Security saying she needed to pay it all back. We’re talking about nearly $23,000.

A year later, the NCDES is saying she was never entitled to those benefits in the first place.

The letter lists this reason:

Your place of employment was not closed as a direct result of the COVID-19 public health emergency. Therefore, you are not eligible for PUA benefits under The Coronavirus Aid, Relief, and Economic Security Act (CARES Act of 2020).

"If I wasn’t eligible from the get-go when I initially applied in March 2020 for benefits, they should have said, you’re not eligible, even though I think I was," Skudra said.

She said she initially thought the letter was a scam.

"I was shocked. I said, so they're telling me 13 months later, I’m not eligible? Where's the glitch there?"

Skudra pointed out that you have to apply every week for these benefits. It's called weekly certification.

"When I apply, I tell them the truth, everything. I say I was working as a part-time substitute, sometimes I worked one day a week, two days a week, three days – every week was different."

She doesn't understand why she's getting this notice now.

RELATED: North Carolina has given out $10 billion in unemployment benefits during the pandemic

"I talked to a lot of people and everyone said you lost your job due to the pandemic, the schools were closed, so I applied, and it wasn’t a real arduous situation, I just applied and I applied every week."

She has until May 10 to appeal.

"Of course, I want to exercise my appeal rights but I want an attorney."

Skudra was told by at least one state lawmaker that this could be a glitch. A spokesperson for NCDES told WFMY News 2's Jess Winters there is no glitch in the unemployment system that is causing widespread issues with overpayment notifications.

Winters asked the spokesperson additional questions about Skudras' case and was told the DES couldn't comment on individual cases for privacy reasons but said they are reviewing the matter and will contact the claimant directly.

When asked about substitute teachers' eligibility for benefits in general, the NCDES had this response:

What exactly constitutes an overpayment?

An overpayment occurs when a person was paid unemployment insurance benefits they are not entitled to receive. The establishment of an overpayment happens after a person begins receiving benefits if new or additional information is received that changes the initial determination of benefits. People are notified of the overpayment as soon as possible after it is determined. Claimants receive written notice of the overpayment by mail or email, and a copy of the notice is available through their online account portal.