61-year-old Kong Lee, who was the owner of the Kaffeinate coffee shop, is the person who died after the building exploded in downtown Durham, police confirm. 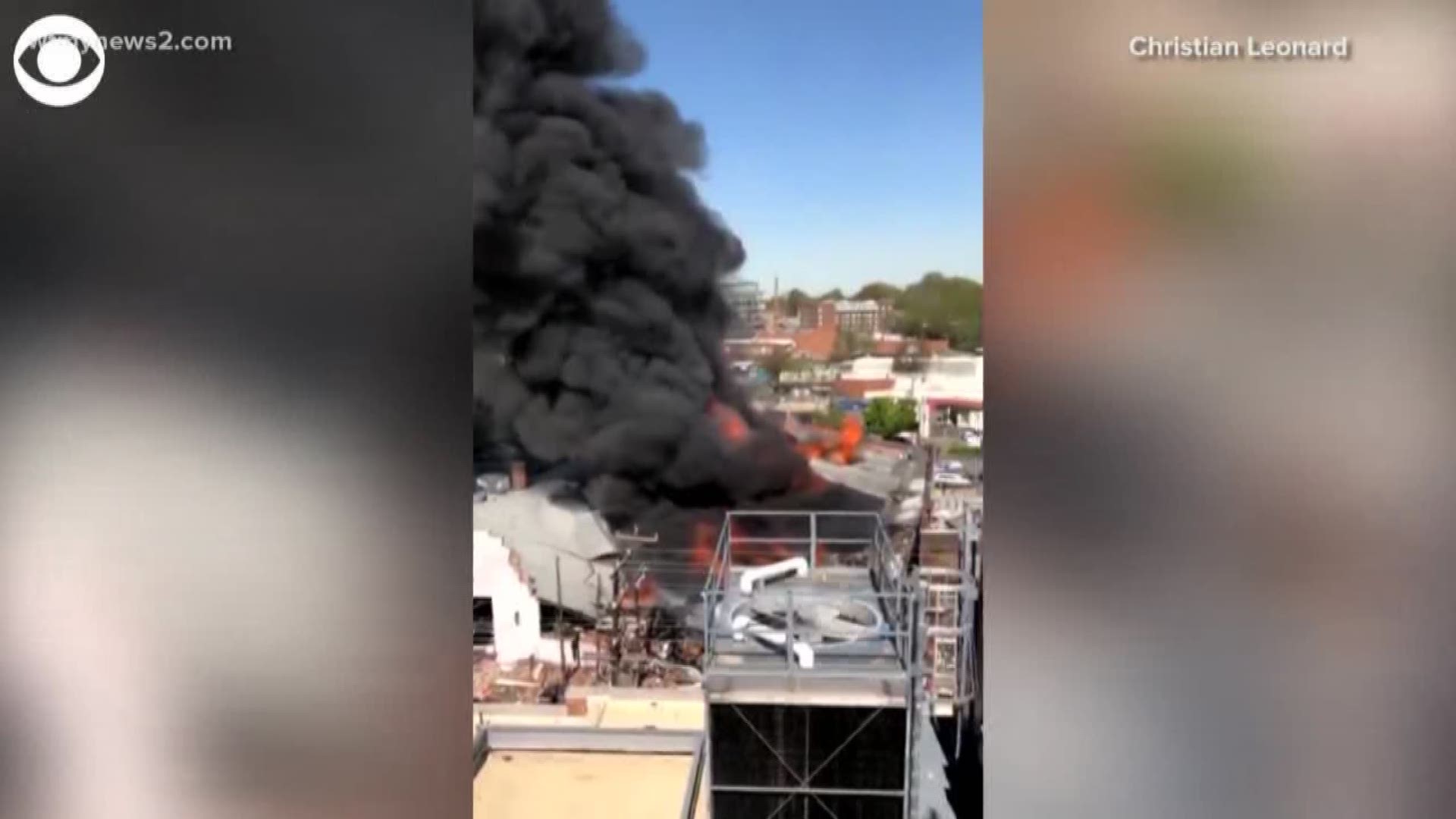 DURHAM, N.C. — A gas explosion that partially collapsed a North Carolina building and set it ablaze Wednesday morning killed one person and injured more than a dozen others, police said.

Thursday morning, officials said 25 were sent to the hospital, including nine firefighters. Others in surrounding buildings and in cars driving by were among the injured. All firefighters were expected to recover. There are no indications of any additional victims or reports of missing people.

61-year-old Kong Lee, who was the owner of the Kaffeinate coffee shop, is the person who died after the building exploded in downtown Durham, police confirm.

Durham Police Department spokesman Wil Glenn said a contractor boring under a sidewalk hit a 2-inch (5-centimeter) gas line, triggering the explosion. One Durham firefighter is in surgery with serious, but non-life-threatening injuries.

1 / 12
WNCN
An aerial view of the explosion in downtown Durham.
Post by WFMYNews2.

Officials said that 15 buildings total were damaged. Eight to 10 people were evacuated before the explosion.

Jim Rogalski, a Duke University employee who works in an office directly across the street, told the News & Observer that roughly 100 people in the office watched as the explosion blew windows off the side of their building.

"People were sitting at their desks and ceiling tiles were falling," he told the newspaper. "Stuff flew off shelves. You could barely see for 25 feet (8 meters) from all the dust. People were screaming." 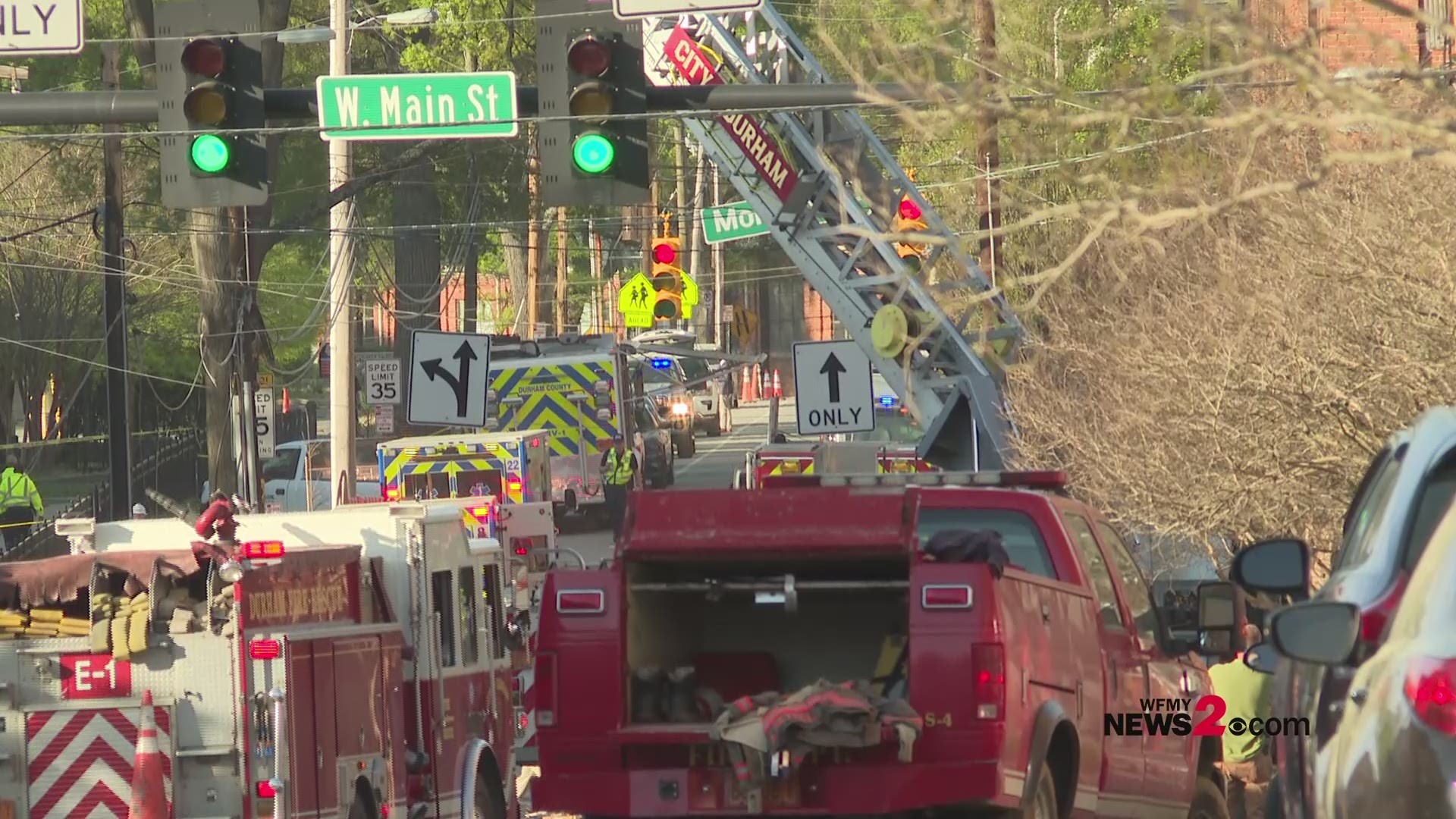 Blocks away, the blast shattered windows and blew at least one door off its hinges in the nearby Brightleaf shopping district. Ed Rains was on a nearby street and couldn't see the blast but heard it. "I thought someone had dropped a dumpster on the street," he said.

Students from the nearby Durham School of the Arts were evacuated and classes dismissed for the day.

Al Donaldson, a teacher at the school, was walking through a hallway in a building about two blocks from the blast when he heard a loud noise, sparking concern among faculty and students.

"We didn't know the origin at the time," he said. "I was in the hallway, so I didn't so much feel it shake as experiencing a jarring sound."

A third of a mile away, Duke University employee Mary Williams said she heard the explosion and felt shaking at her building.

"I was in the kitchen. I heard this loud boom and the building shook. When I looked out, I saw the smoke billowing up. I was scared for whoever was in the vicinity because it did not look very good."

Photos on Twitter showed smoke rising up from the downtown area. Nearby buildings shook in the explosion and multiple people reported feeling rumblings.

The collapsed building is occupied by Prescient Co., which said in July 2017 that it was moving its headquarters from Arvada, Colorado, and expected to employ about 60 executives, engineering and sales workers in Durham. The company uses specialized software to design and build precise materials that allow builders to assemble multi-story apartments, hotels and other commercial buildings faster and cheaper.

A coffee shop in the building, Kaffeinate, posted a sign this morning saying it was closed for the day.

Officials said Durham School of the Arts will be closed Thursday.

Police say several intersections are closed as crews work to put out the fire:

The explosion was big enough to be caught on weather radar.

This story is developing. We'll update as we learn more.