Police are still searching for who shot and killed a High Point pastor last month. His parents are hoping for justice and on a mission to protect his legacy. 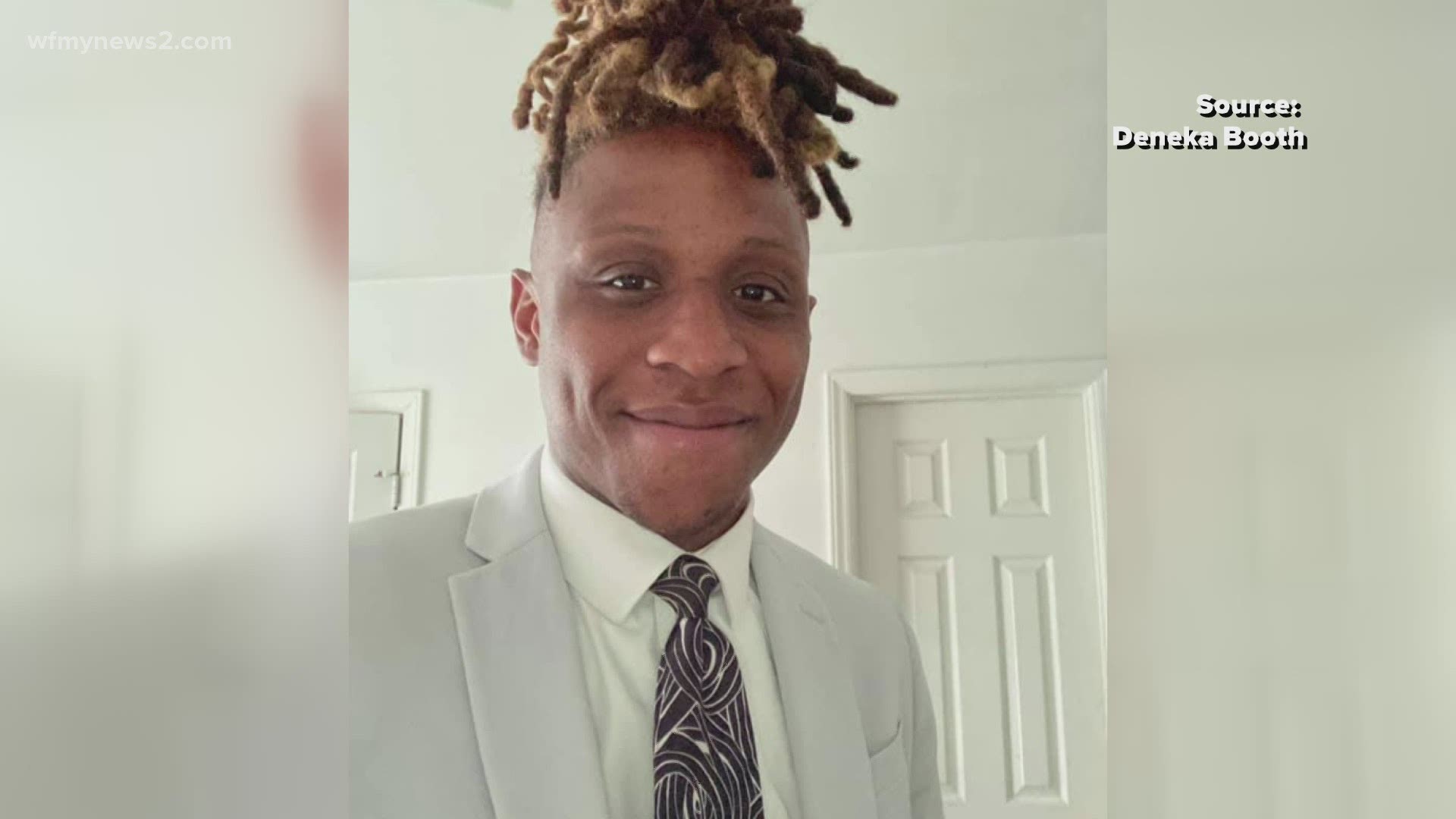 25-year-old Robert Booth died in a shooting outside his apartment on Ardale Drive on May 25.

Many in the community knew him through his ministry. His parents called him Bert and knew him as a man who loved God and people.

"He wasn't just this dry preacher," his mother, Deneka Booth said, "He was a grown man calling me mommy. He always had kids over at the house because they gravitated towards him. I don't think there was any instrument that he couldn't play."

He was also a father to a two-year-old son and one of nine siblings.

He followed in his father Rodney's footsteps and became a pastor. However, he started a different kind of ministry called Hood Holiness Church.

"There are some people who are never going to make it to the church," Rodney Booth said, "He would have services outside of little stores. He'd bring his organ and they had drums and a guitar out there."

Rodney Booth attended his son's ordainment a few weeks ago. At the end of the service, Robert proposed to his girlfriend.

"It makes a parent proud when they see their child come into his own. He was becoming a man," Deneka Booth said.

Days later everything changed when Robert Booth died in a shooting outside his apartment. Friends said Booth approached a group of young people who were wearing black ski masks.

The Booths said they are frustrated that no arrests have been made in the case. They believe fear of retribution is keeping many neighbors quiet.

"We are very disappointed. I know it's only been two weeks but that two weeks for us is a lifetime," Deneka Booth said.

They ask that anyone with information or involved in the shooting come forward.

"I would want to tell the shooters they took a great man away from this Earth," Rodney Booth said, "You had a person who really wanted to make a difference."

They said they will keep their son's memory and ministry in the community alive in the hopes of bringing justice and a better future.

"People are afraid to speak but the biggest thing is that one day maybe it will be your child," Deneka Booth said, "By talking and telling it will actually give people more power and clean up that neighborhood."

All tips to Crime Stoppers are completely anonymous and could result in a cash reward if the tip leads to an arrest.