History was made when the biggest blue marlin in Big Rock history was reeled in on Saturday night. 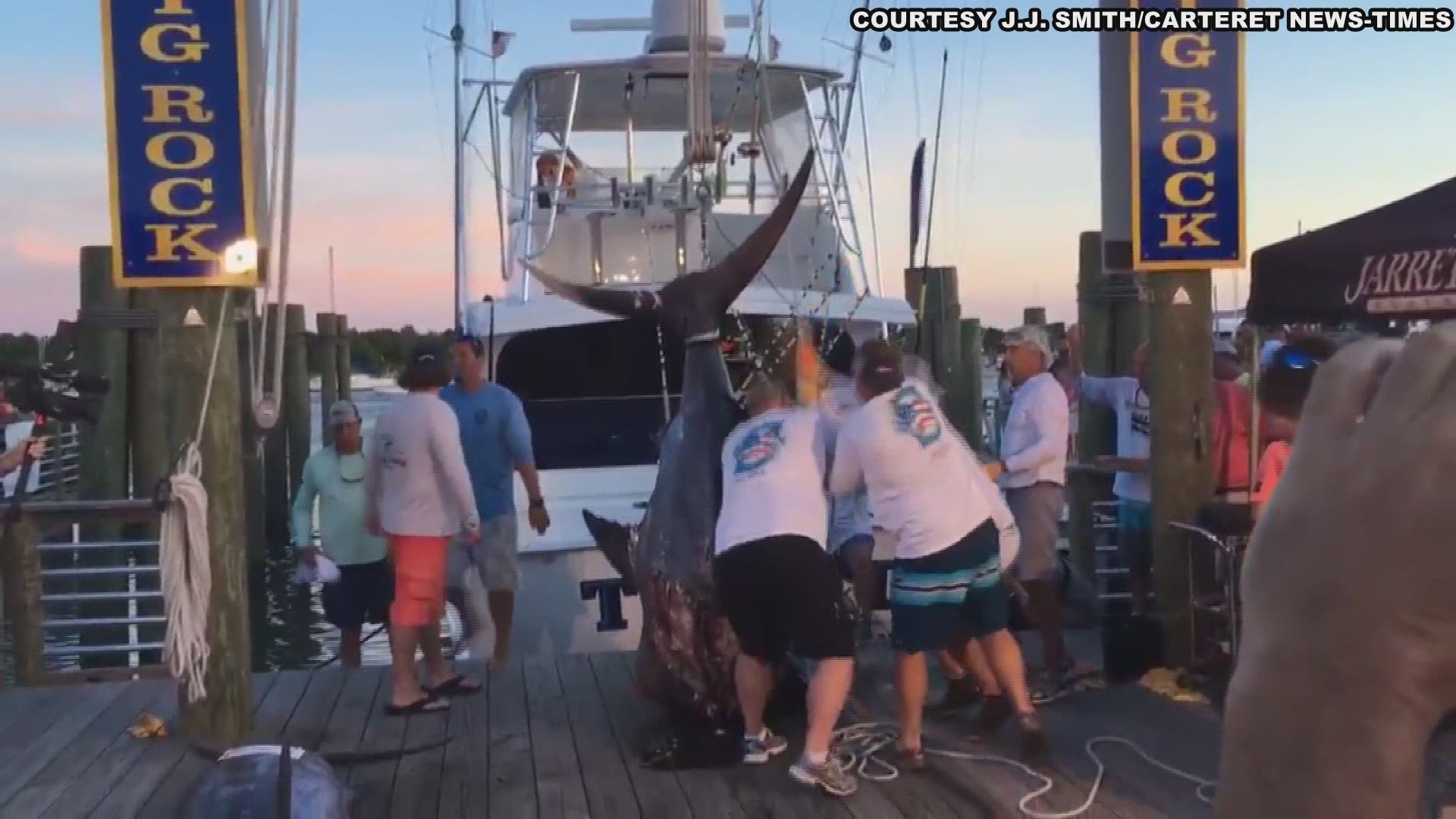 MOREHEAD CITY, N.C. — 914 pounds. That's what? Six, seven people? That was the weight of the record-breaking catch at the Big Rock Marlin Tournament Saturday night. History was made when the biggest blue marlin in Big Rock history was reeled in.

The Carteret County News-Times reports the crew of the 60-foot BC out of Fenwick Island, SC, is owned by Todd Dickerson of Ocean City, Md., and captained by Ryan Knapp.