According to a release from Cooper's office, the benefits are among the lowest in the nation. This call to action is in response to a letter from Republican leaders. 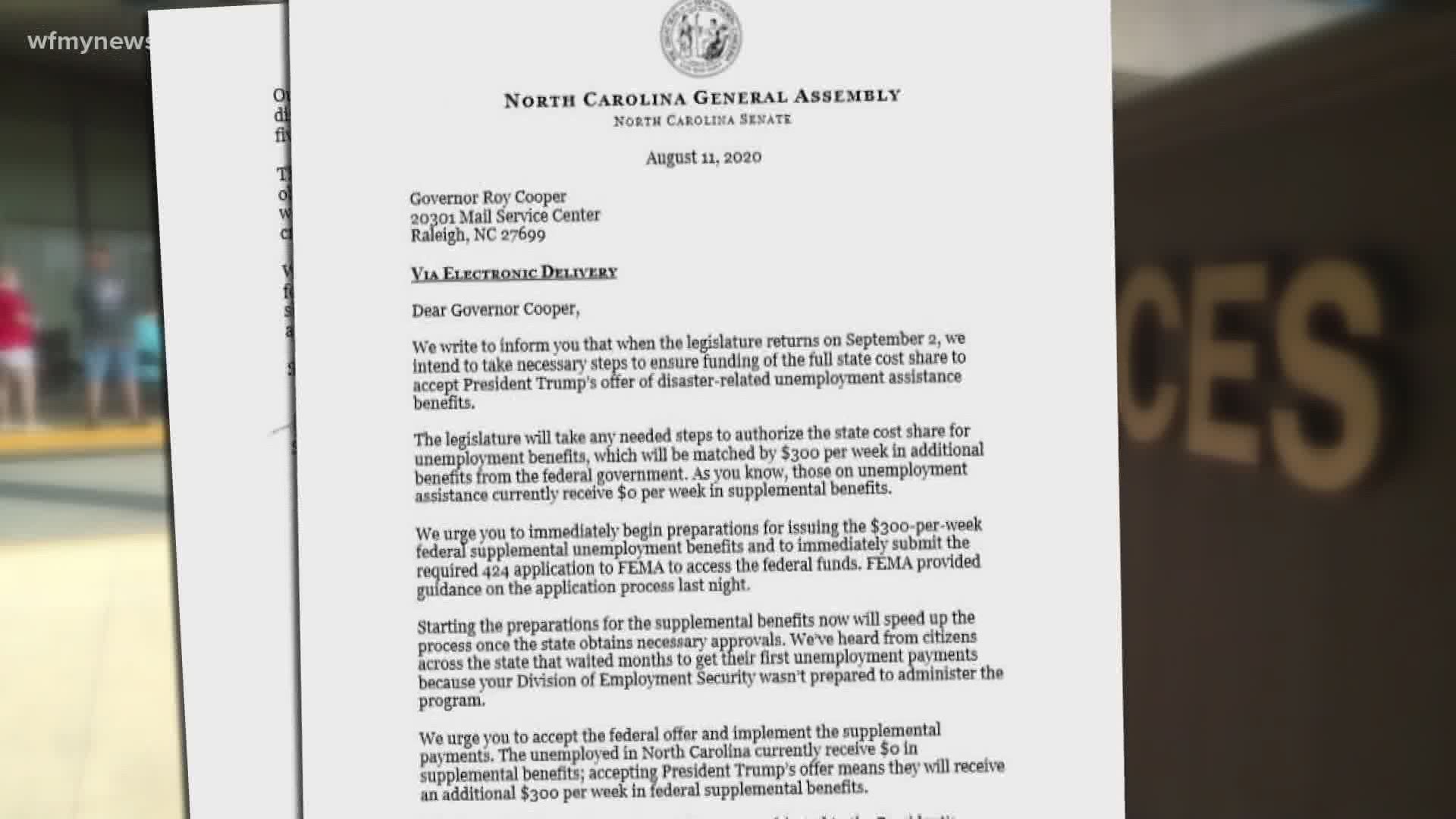 NORTH CAROLINA, USA — Governor Roy Cooper sent a letter to North Carolina Speaker of the House Tim Moore and Senate President Pro Tem Phil Berger Wednesday urging them to expand unemployment benefits for North Carolinians. According to a release from the Office of Roy Cooper, the benefits are currently among the lowest in the nation.

The Governor's letter is in response to this one, sent by the Republican leaders on Tuesday, in which both Berger and Moore urge Cooper to accept President Trump's offer: to provide 75 percent in federal enchanced unemployment benefits - if the state agrees to put up 25 percent. In other words, $300 from the federal government plus $100 from the state government in enhanced benefits. This is still $200 less than the previous Federal Pandemic Unemployment Assistance, which expired at the end of July.

In the letter, Governor Cooper called on state legislative leaders to take action by expanding the time frame and the amount available for state unemployment benefits for North Carolinians left unemployed because of COVID-19.

Governor Cooper also shared that though his administration has, in fact, begun taking steps to accept the additional $300 weekly unemployment support from the federal government, but he states that it is imperative that Congress and the President provide more reliable help for the unemployed.

According to the release, Governor Cooper believes the state’s $100 share should be applied through North Carolina’s Unemployment Trust Fund and not CARES Act funds.

You can read the full letter by clicking here. 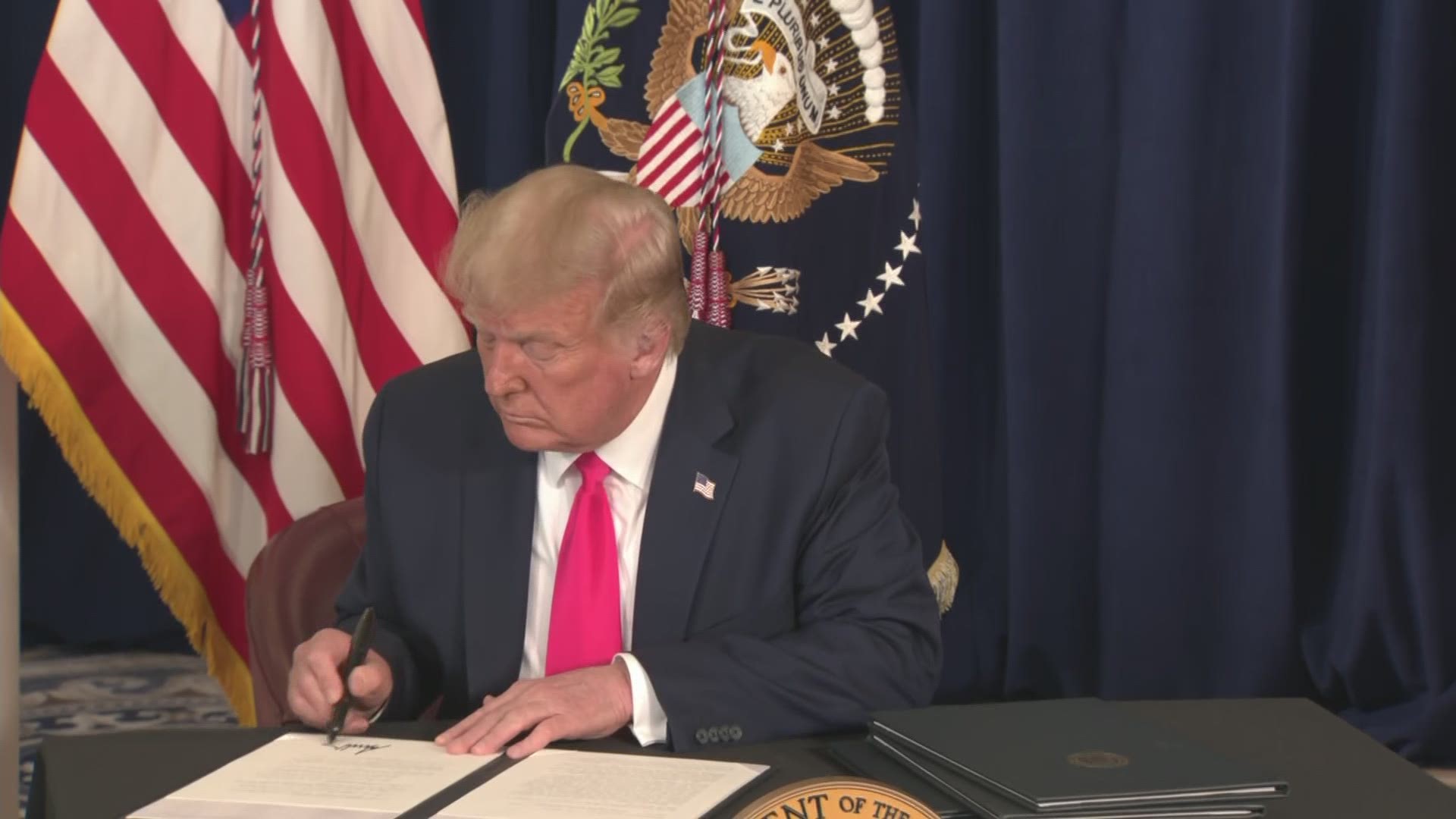