Research shows photos matter, so one volunteer came up with a way for you to see shelter animals in a new light. 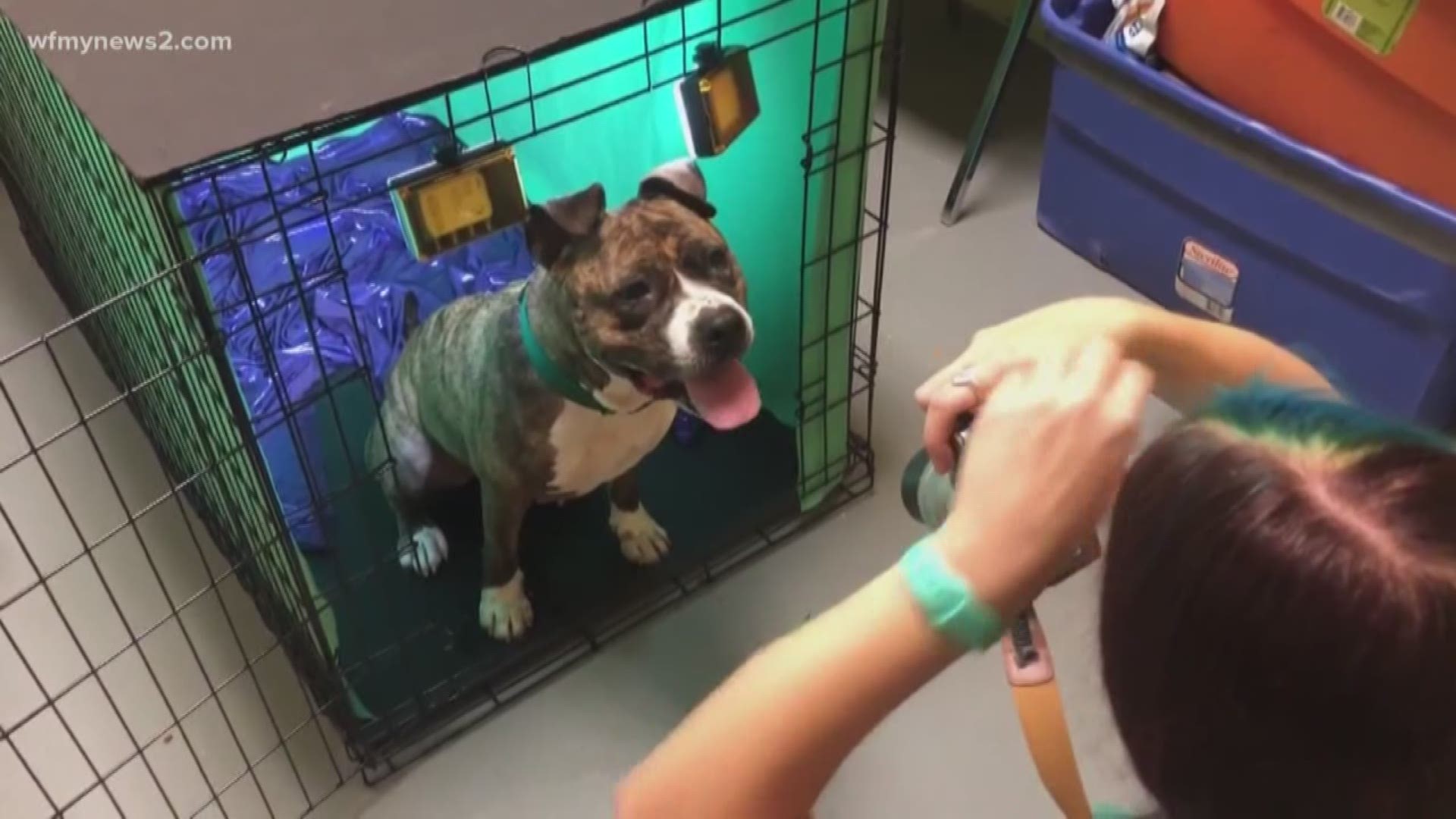 "If folks are exposed to the animals and they are able to have a connection with them, with their eyes, they are more likely to want to go and meet that pet," she said.

Using a green screen background and a sequin tablecloth, Mashburn created a portable photo booth to take photos which enhance the animal's personality.

“I thought how can I make a mobile photo booth like people have at parties? So I ordered an extra large kennel. And I tailored it to make it a photo booth kennel," she said. "A good picture of an animal is like a voice for the voiceless. Them being able to be seen by members of the community who can help get them out of the shelter.”

Research done at the University of Richmond found 64 percent of adopters said online photos were "extremely or very important" and dogs that seem happy have a better shot at getting adopted.

The first digital photo frame is already up and running at A to Zen Massage.

"When people can see the faces, the animations in the pet’s eyes, I just think it makes people want to go out to the shelter and visit them themselves," spa owner Felicia Brown said.

Mashburn has 10 frames so far, and she hopes to add 5 to 10 more. Each one was donated by animal lovers through an Amazon wish list Mashburn created for the project.

Mashburn also created an Instagram page for the shelter animals.