A Salisbury bank robbery led to a chase that ended in Thomasville Thursday. 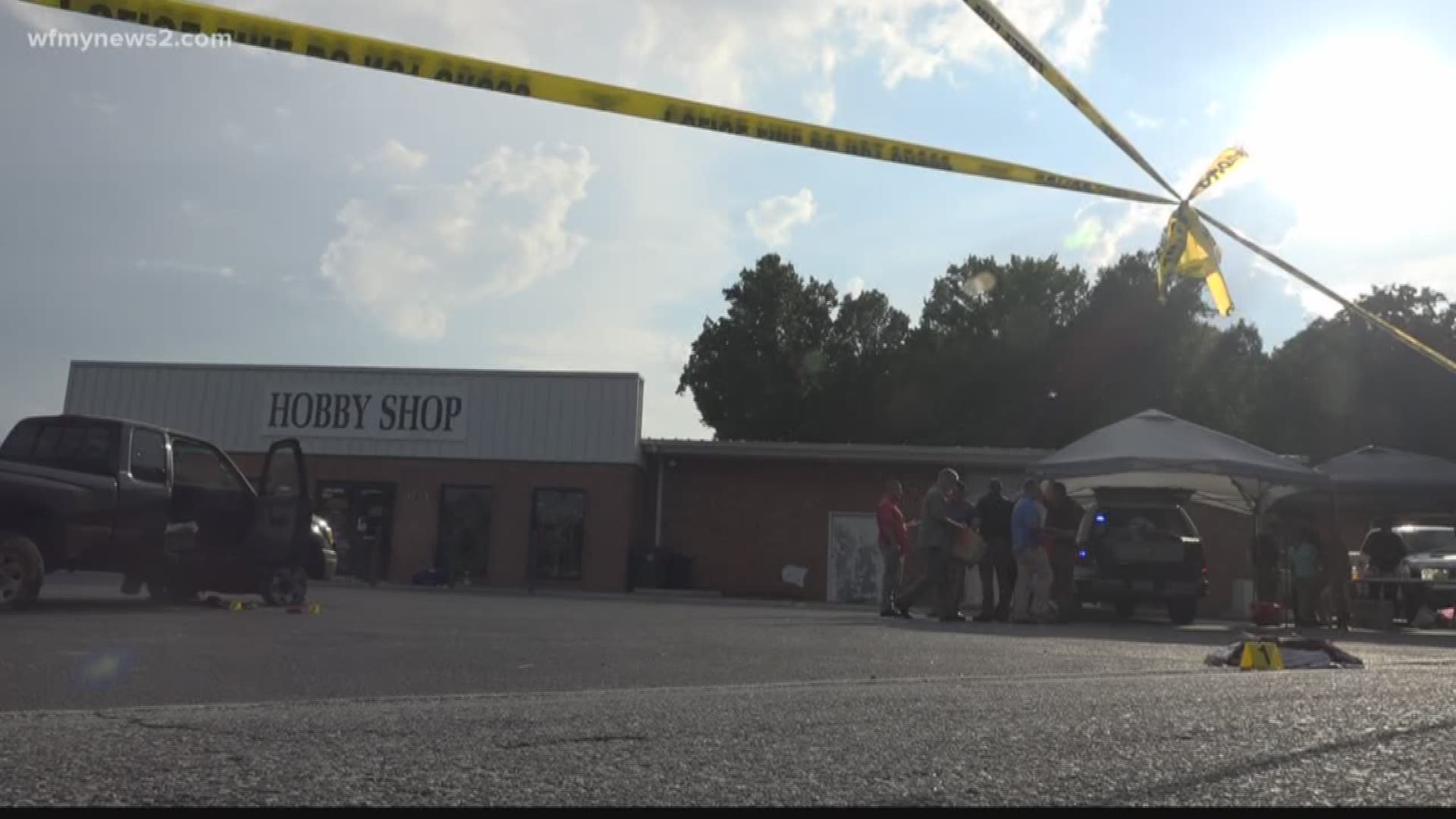 UPDATE -- The suspect in the bank robbery, police chase, and stabbing in Thomasville has died, police announced Friday.

READ: Bank Robbery Suspect Who Was Shot By Officer After Thomasville Stabbing Has Died

Thomasville Police say the chase with a suspect in a Toyota pickup truck ended at Anderson Hobby Shop in Thomasville. Police say the shop owner, Wesley Anderson, came outside to confront the suspect, and that's when the suspect stabbed him in the ribs below the heart.

Police say a Salisbury Police Officer shot the suspect after a taser became ineffective. Thomasville Police then apprehended the suspect, and he was taken to a hospital.

Our Alma McCarty spoke with the shop owner's brother, Matt Anderson, who says his brother's actions were heroic and he will likely be okay.

With police still tailing him, the suspect stopped here. The owner of the hobby shop came out to confront him, and was stabbed in the ribs, just an inch below the heart. Here we’re speaking with his brother- who says his actions were heroic - and he will likely be ok. @WFMY pic.twitter.com/vTS9IjHqnT

"As far as I’m concerned, he is the actual hero today. Because we had three elderly people right inside of the store. There’s no telling what I would’ve done to them, so he went outside and approach the gentleman and stopped him. He did what he could," he said.

We spoke with Wesley Anderson over the phone. He said, after hearing the sirens outside his store, he ran outside and saw the suspect running towards the store.

"[He was] flying into the parking lot. I thought he was going to run over us. But he just got out and ran and tried to get into the business and I held the door shut," he said.

Police say a woman who is 8-months pregnant was also in the truck, and she was rushed to the hospital for labor pains possibly induced by high stress.

The Rowan County Sheriff's Office says this all began at First National Bank at the corner of East Innes St. and Long St. in Salisbury. It's being investigated by Salisbury Police since the crime began in their jurisdiction.

Current scene on Mendenhall St in Thomasville after a high speed chase from Salisbury and an officer-involved shooting @WFMY pic.twitter.com/n5cQT6gGen

We'll have more details on this story as it develops.

1 / 2
Alma McCarty
Police say a bank robbery in Salisbury led to a chase all the way to Thomasville where it ended in an officer-involved shooting on Thursday.