The Story Behind The Viral WSSU Drum Majors' Graduation Moves

The Red Sea of Sound can always rally the crowd, and for the past few years, Burgess and Holman have been at the helm. 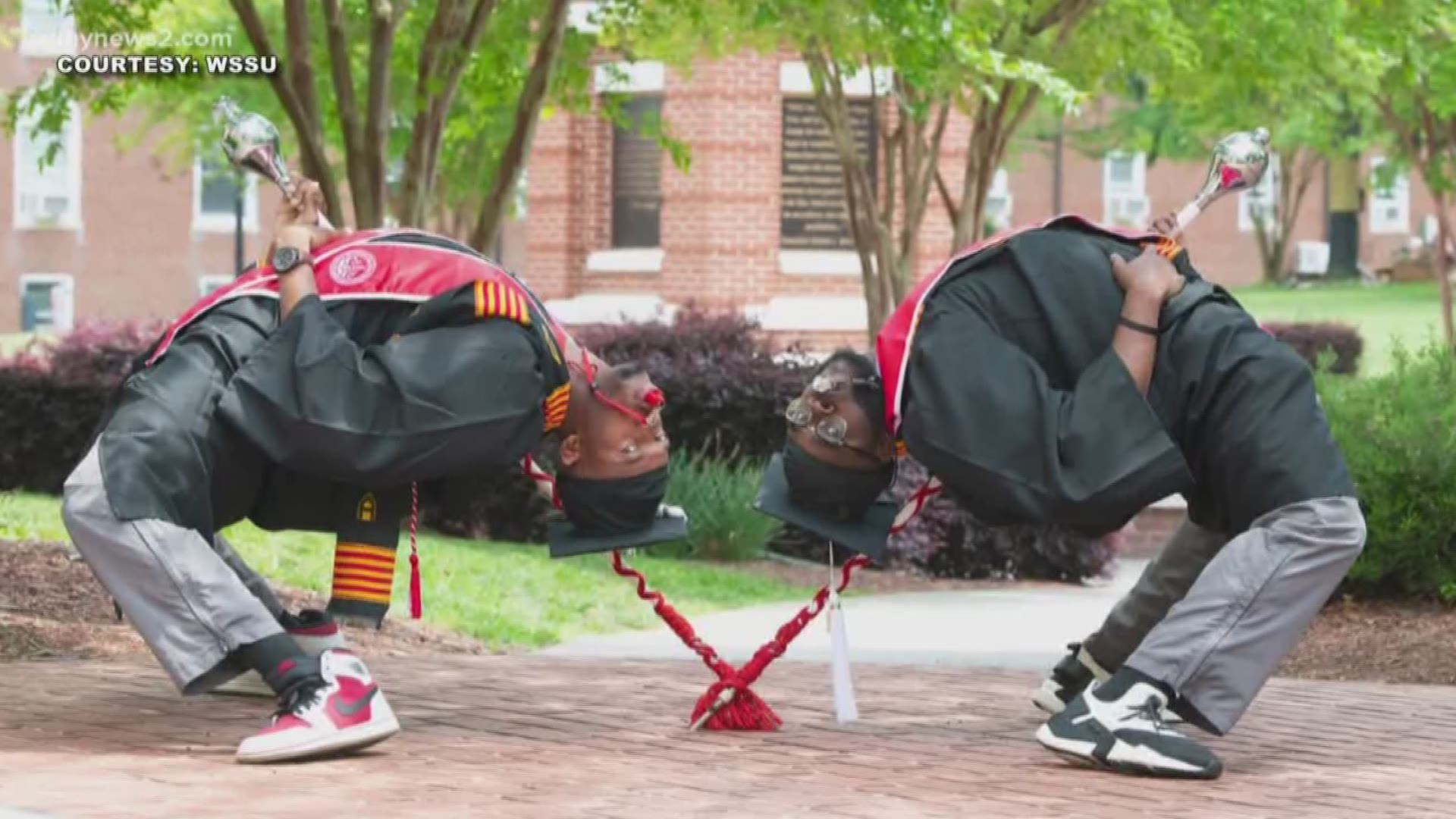 WINSTON-SALEM, N.C. (WFMY) -- It's something you might expect to see on the football field during the halftime show, but not at a college graduation: two Winston-Salem State University drum majors taking the stage by storm as they got their diplomas.

"I didn't even hear my name get called," Burgess explains. "I opened the door and Tre' finished it and he just closed it out."

RELATED | THIS is How You Walk Across Graduation Stage

The Red Sea of Sound can always rally the crowd, and for the past few years, Burgess and Holman have been at the helm. The pair met freshman year and both dreamed of being drum majors.

"I really don't know where I would be without Winston," Burgess explains. "It was my only choice and my first choice."

Burgess, originally from Charlotte, hopes to work in multimedia journalism and also hopes to keep working with students, the band and building his own brand.

He says his fellow drum major Holman, from Durham, went to Florida on vacation after graduation.

1 / 8
WSSU
These two WSSU drum majors are ready to march into the world as new college graduates!