Those Left Behind: The Other Faces Of Overdose Loss-Joyce's Story 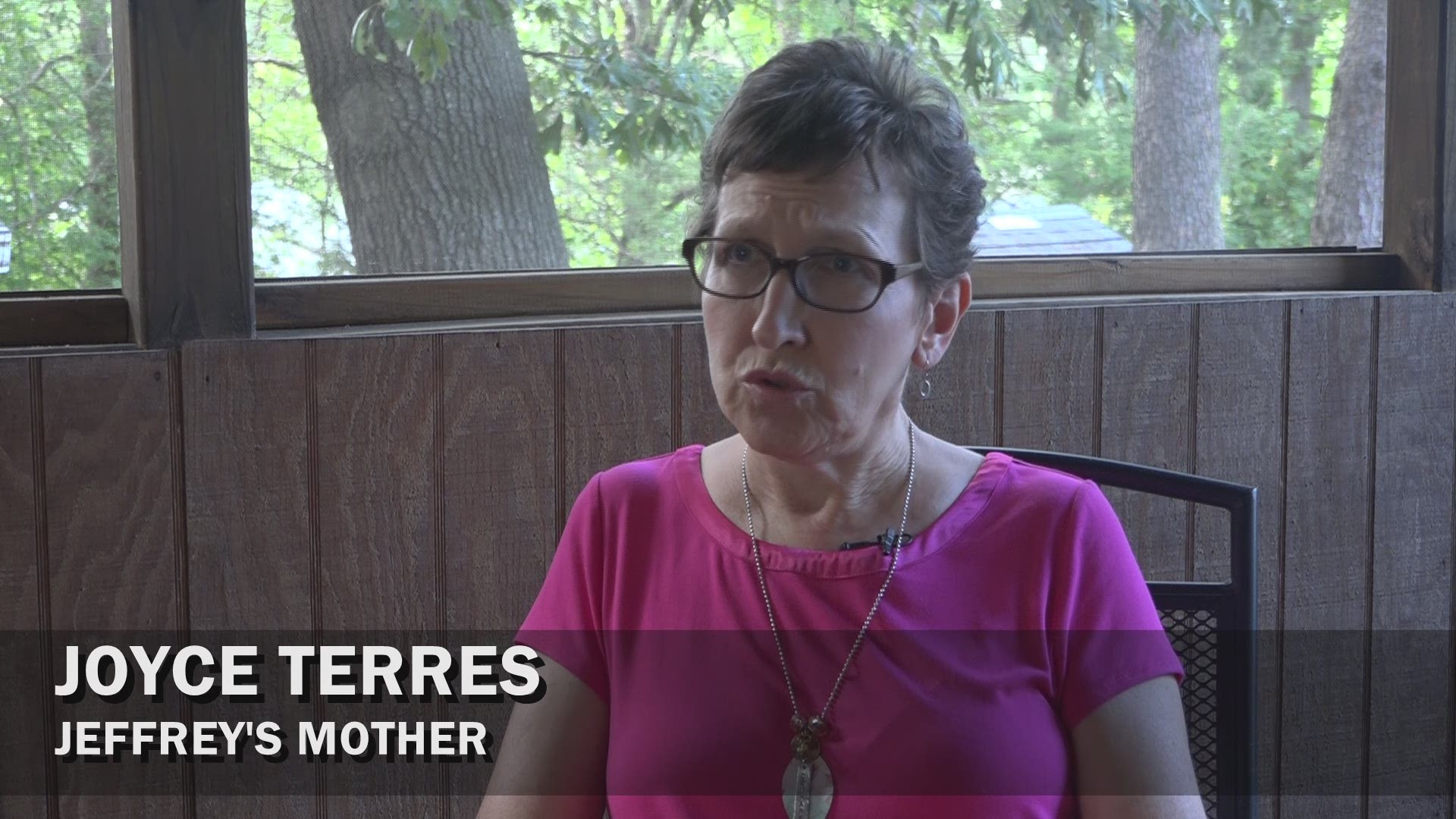 GREENSBORO, N.C. – On Tuesday, Hospice and Palliative Care of Greensboro is hosting a panel featuring the families of victims of drug overdose. They will address the impact of losing a loved one to addiction.

WFMY News 2 Digital talked to the families participating in the panel one-on-one to share their stories.

The families featured in this series are all members of HPCG’s Overdose Loss Support Group.

In this segment of the series, we talked to Joyce Terres, mother of Jeffery Terres.

Jeffery Ryan James Terres was the adopted son of Joyce and Ken Terres.

Jeffery was adopted by the Terres’ when he was 10. He was in foster care at the time, and so were his five other siblings.

“He was a very loving, giving person,” Terres notes about her son.

They went into foster care due to their biological mother’s issues, one of them being drug addiction.

When he became part of the family, Terres says they immediately noticed he had a lot of problems, some emotional and some psychological.

According to Terres, the family still doesn’t know when Jeffery became exposed to drugs nor when his behavior began to change.

“It was maybe in middle school when things became much more of a struggle for him.”

Some early signs of his addictive personality involved TV binging, cigarettes, marijuana, that later turned into addiction to prescription pills.

After Jeffery’s death, Terres turned to counseling and other resources to help her in her grieving process.

It wasn’t until a year later that Terres felt prepared to talk about her son’s death and how it affected her.

“I wasn’t sure when, if ever I would be,” Terres says. “I’m not really sure where the courage came from, it just seemed like maybe it was the right time.”

Terres says she took the first step in talking about Jeffery in groups with other locals to help herself first.

“I started coming really for my one sake, than for anybody else’s,” Terres said about attending support group meetings. “If I could help some other people, then that would be secondary.”

Terres says that Jeffery’s story is not just her own, but also his biological mother’s, his siblings’, his partner Chris’ and friends’.

She still finds it hard to tell his story, but is convinced it must be done to address the epidemic that affects so many people today.

“People need to hear that it’s going on, and that it’s happening to all sorts of people.”