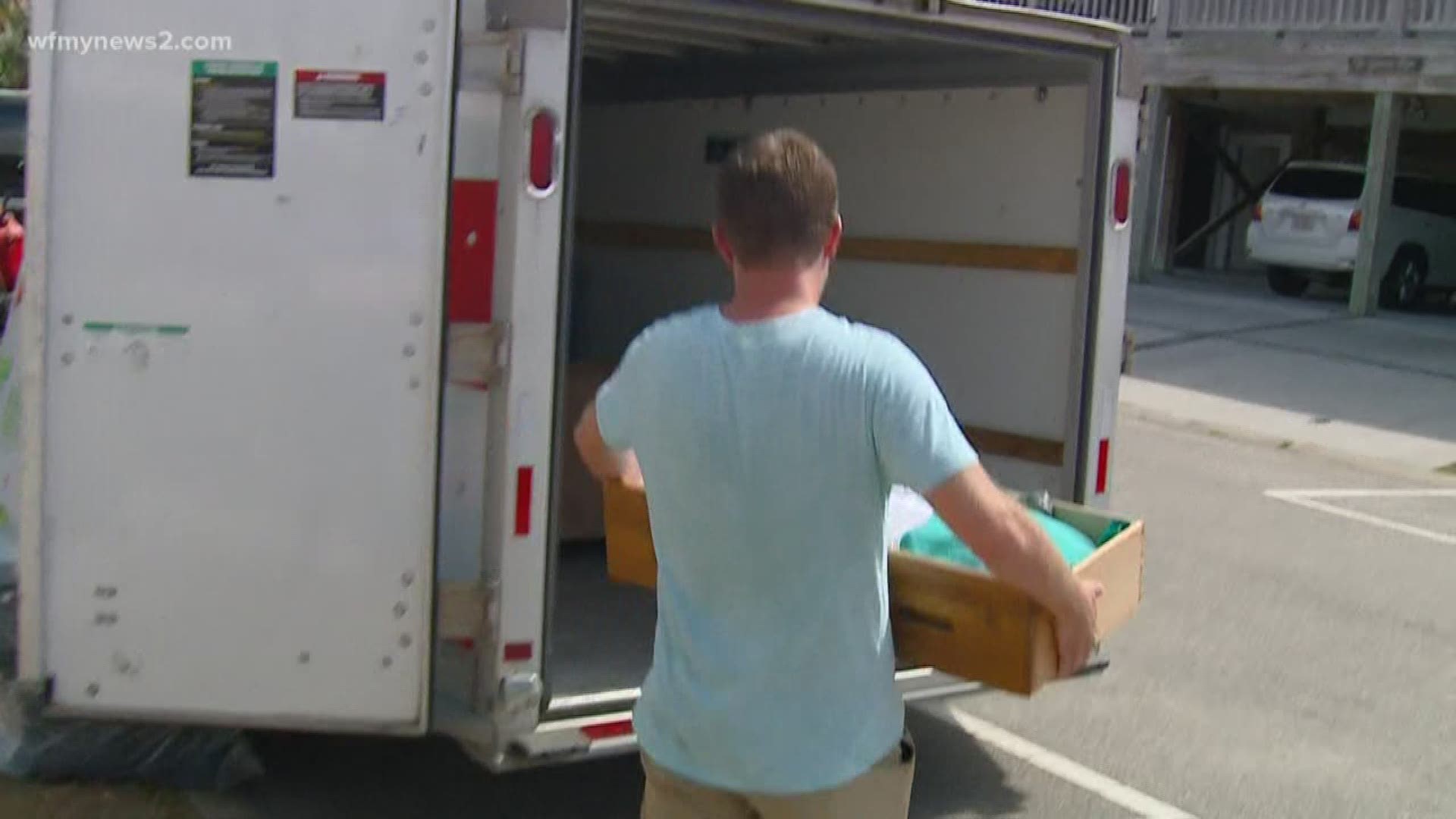 Hurricane Florence is expected to make landfall in eastern North Carolina with strong winds, high storm surge and heavy rains arriving on Thursday. The entire state should brace for impacts from Florence, and people asked to evacuate should get out now.

“The waves and wind in this storm may be like nothing you have ever seen,” Gov. Cooper said. “Even if you’ve ridden out storms before, this one is different. Don't bet your life on riding out this monster.”

The state evacuation order applies to barrier islands along the entire coast, from the Virginia line to the South Carolina line. Local evacuation orders are in place for many additional areas.

Check It Out: North Carolina's Hurricane Guide: What to do Before, During and After

The entire coast of North Carolina is under a hurricane watch and a storm surge watch. Inland areas are already under a tropical storm watch.

A steady line of boats coming off the water in Wrightsville Beach ahead of #Florence. #StormTrack2 @WFMY pic.twitter.com/ajS3BPDKZc

Monday night, President Trump granted Governor Cooper’s request for a federal disaster declaration for North Carolina. This will speed federal aid to the state and its residents, including bringing more FEMA representatives and military personnel to the state for preparation and relief efforts.

All parts of the state should prepare for extended rain and wind. Some forecasts show Florence stalling over North Carolina, bringing as much as 20 to 30 inches of rain. Rivers and low-lying areas are expected to flood well inland from the coast.

Talk about some history!
This store in Wrightsville Beach is using the same boards they’ve used in every storm since 1993. The hope is they’ll continue to provide ample protection from the elements this time around. #StormTrack2 #Florence @WFMY pic.twitter.com/YAdTbVu4vt

Everyone in North Carolina needs to get ready for the storm, emergency management officials urged.