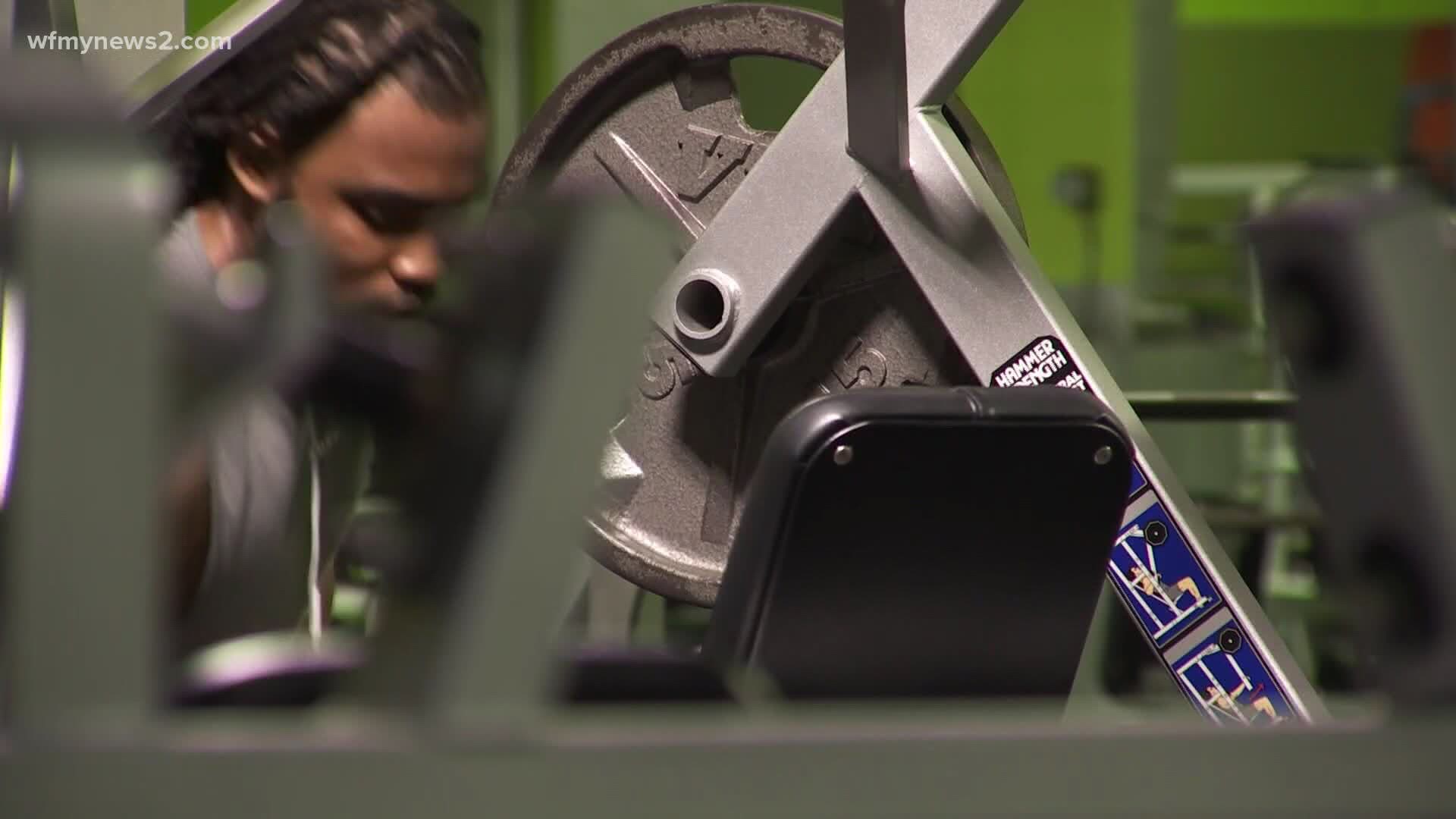 GREENSBORO, N.C. — Bars and gyms in North Carolina will stay closed for 3 more weeks. Before Governor Roy Cooper extended phase 2 reopening this week, some business owners had been preparing to welcome customers back.

The business owners were disappointed, and disagree with the decision to delay phase 3. Unfortunately for them, they have no choice but to put a pause on those preparations and continue waiting. State health officials have said the growing COVID-19 cases don't support further re-opening at this time.

Bar owners like Drew Walker of Chemistry Nightclub were already fired up and ready to open their doors Friday night.

"We've got a food truck, we did a full menu, we have cocktail waiters, we have tables, everything is spaced out and we have the bar and were ready to go," said Walker.

June 26th was the date originally scheduled for phase 3 to begin but that's not going to happen so folks like Walker are forced to keep those doors shut.

The health department reports Covid-19 cases are rising and according to Triad health experts re-opening bars and gyms could adversely add to that risk.

"They are keeping them closed because of that perceived increased risk. There is evidence to show that exercising in confined spaces does increase the risk," said Dr. James Wyatt of Cone Health.

Dr. Wyatt also said data from studies conducted in other areas have shown that it is easier to social-distance at restaurants than at places like bars.

"It's a very social environment, it's meant to be social. It is very difficult to drink a soda or beer or whatever and have a mask on," he added.

But Walker said if the number of cases is rising, then letting restaurants open under those circumstances, and not bars is unfair.

"It all comes down to if you registered your permit originally as a restaurant you were allowed to open and if you have a magical number of 30% and maintain that they're saying you qualify as a restaurant," added Walker.

Ethan Wilson who owns Twist Lounge is another of the many bar owners who had their hopes dashed this week.

Wilson said he too had re-stocked and put staff on stand by ready to serve up spirits and cocktails.

But he says he is not surprised by the extension as well as the new executive order mandating statewide mask-wearing.

"It's something that I have definitely excepted, but I'll be lying if I said that if I wasn't at all disappointed by it," said Wilson.

"I definitely was wanting to re-open the bar and starting to expect customers back again but that's not in the cards but we just want to make sure everyone stays safe and healthy," he added.

Wilson said with the data from the health department on Covid-19 cases, he understands why the governor made the call to keep businesses like his shut.

"At restaurants and breweries is a lot easier to social distance everyone and make sure they're staying safe but in night clubs it's not really that feasible," he said.

Bar owners say because they haven't operated for a quarter of the year, they are asking the state to halt or discount fees or extend the deadline for permit renewals.

How will North Carolina's face mask requirement be enforced? 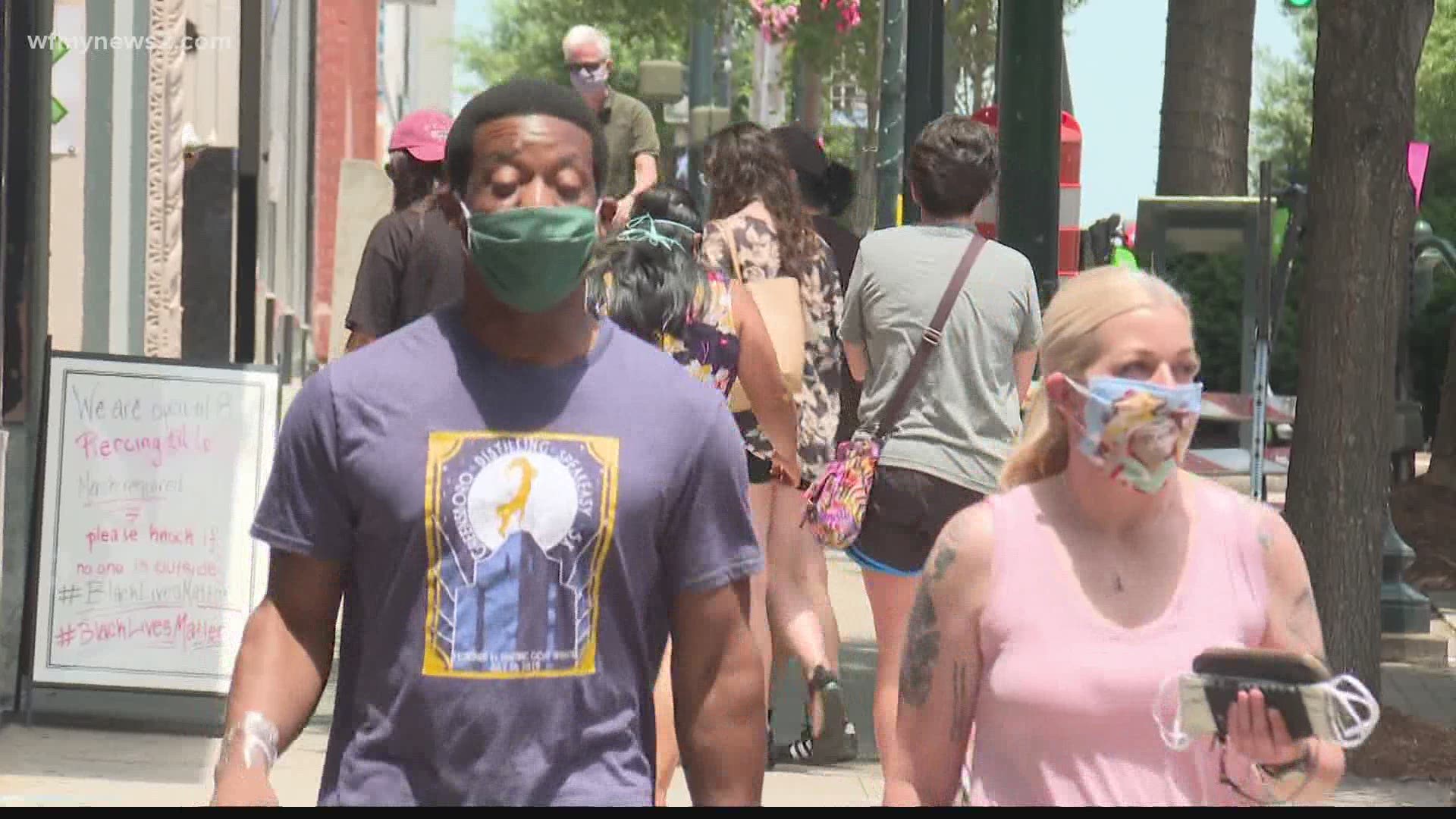